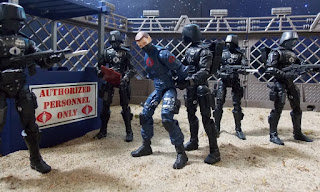 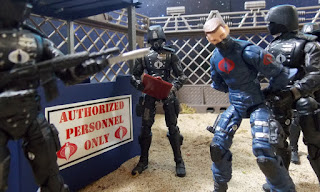 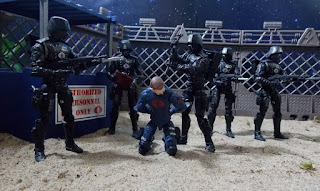 I have made a few Shadow Guard customs over the years. After making my ‘’ultimate’’ Crimson Guard army during Custom Celebration 2018, I started planning my Shadow Guard squad using the same recipe. I had fewer 50th SGs than CGs, but for the role they play in my Joeverse, it makes sense to have a smaller squad.

The Crimson Shadow Guard was one of the interesting concepts to come out of Valor vs Venom. According to the original packaging, Shadow Guards are pretty much the Night Force version of regular CGs. However, several Joe fans (myself among them) like to use them as Cobra's secret police. I think they make much more sense in this context. 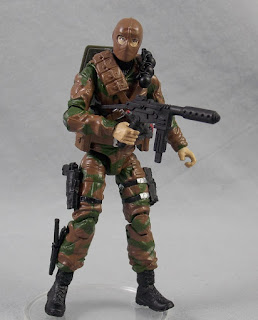 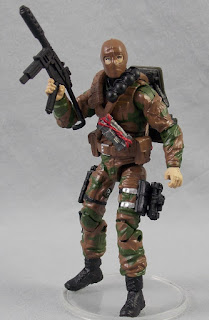 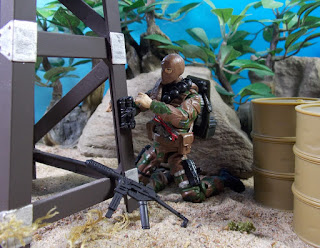 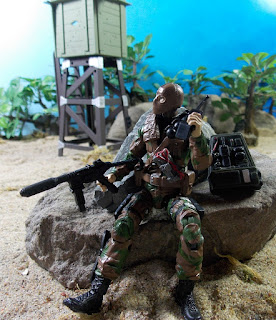 The Collector's Series produced some fun figures between 2000 and 2002. In those years, several figures included "paint washes" to create camoflage on the uniforms. This made each figure unique. Firefly was one that was well done in my opinion. The color pallet of brown and green with black accents works really well for jungle/forest missions. For my custom, I tried to replicate the colors. However, I did not use the wash technique. I opted for a more standard camo pattern. 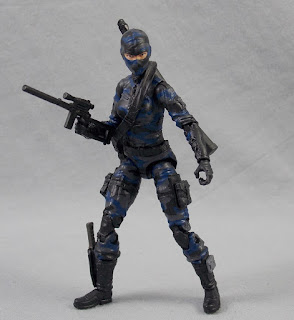 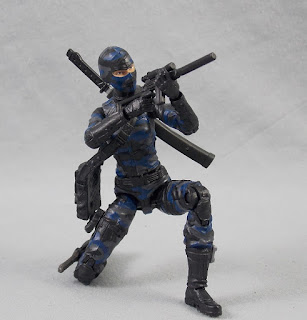 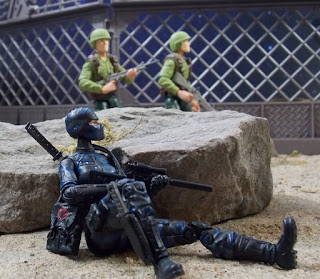 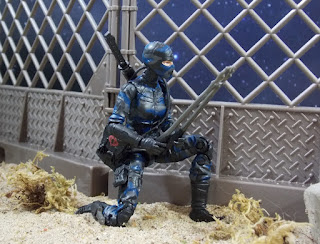 GI Joe came storming back to store shelves in 1997 with the Real American Hero Collection. The series was built mostly around returning classic characters like Duke, Snake Eyes and Scarlett, but also included a couple of new characters as well. One of these was Vypra. Although it seems like a contradiction to me, she was a vehicle driver while being a ninja. I suppose even ninjas need transportation to get to their missions.

I wanted to tweak her character for my custom version. Since her filecard primary military specialty is Intelligence, I imagine her as being an infiltrator, a covert mission specialist, a spy. She is superbly trained to fight hand-to-hand but if she is required to do so, her mission will probably end in failure, since that means that she has been found out.

With her new specialty, I picked parts that moved her away from the ninja look. I kept the general color pallet. 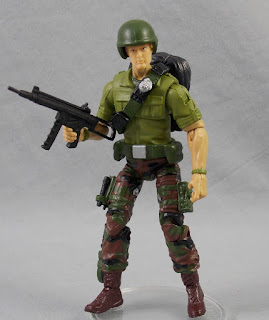 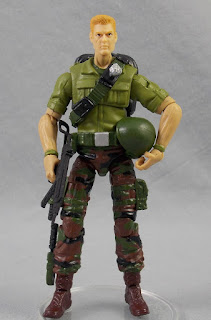 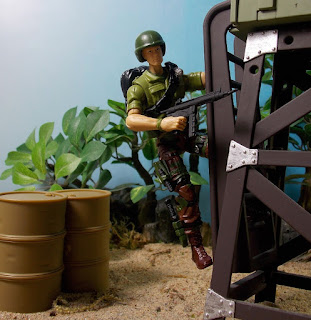 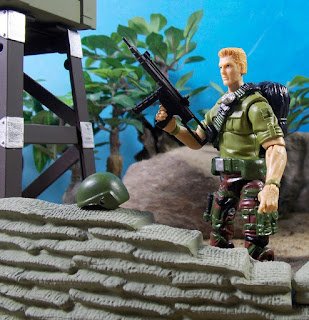 GI Joe came storming back to store shelves in 1997 with the Real American Hero Collection. No GI Joe relaunch would be complete without a Duke figure, so one was released with a repaint of the Silver Mirage Motorcycle. This time, Duke was sporting a similar color scheme to his Tiger Force version, but different. For my custom, I tried to play up the differences, while keeping the feel of the 1997 version. This custom will be part of my jungle squad of Joes.