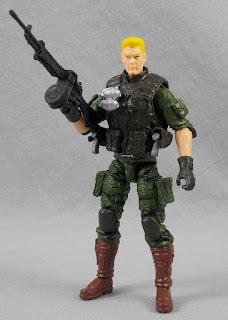 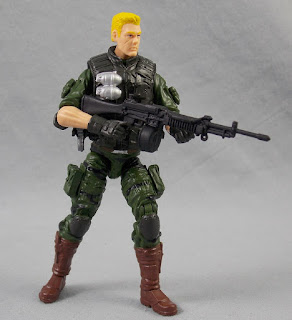 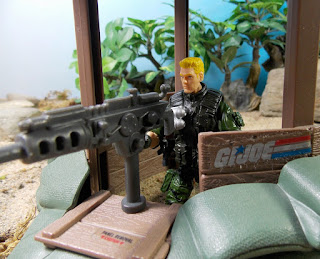 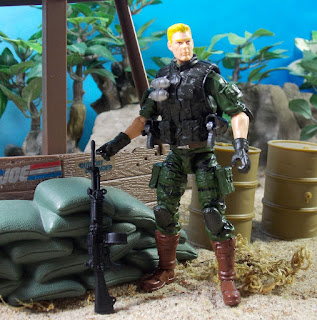 The non-action attack Valor vs Venom Duke was an excellent figure in its time. It had good sculpting and decent proportions. I prefer the green repaint. It is nostalgic for me as it was one of the very first figures that I bought in 2005 when I got back into Joes as an adult. I bought it loose online along with Valor vs Venom Stalker and a few others and, although it is dated by today's standards, it was a fun figure.

For my custom, I played around with several parts combos, but ended up using mostly Marauder MTF parts as these were better suited to replicate the original's look. 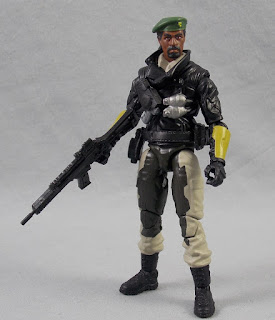 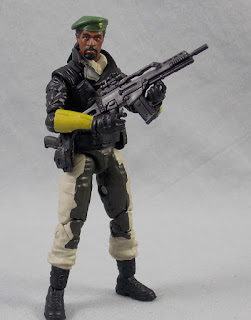 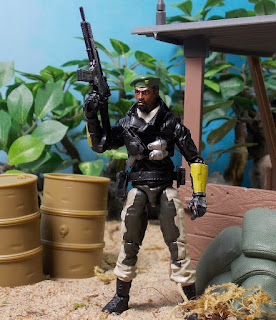 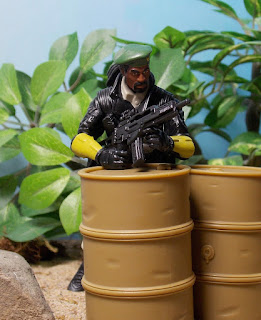 Valor vs Venom Stalker was one of the first Joes I bought when I started collecting again as an adult in 2005. As such, the figure holds some nostalgic value for me. I never had any of the original Stalker figures growing up, so this was the first time I added the character to my Joe collection. I always liked this re imagined version of Stalker. Aside from the yellow forearm gauntlets, it was a solid figure with decent proportions and good detail.

This was a pretty simple build to make. I actually put it together and it sat unpainted in my WIP bin for over a year (at least). I go through my WIP bins periodically to decide what to proceed with and what to part out. When I got to Stalker, I still liked my parts combo, so I put him on my painting table. After a long wait, I glad to have him done and added to my neo New Sculpt custom shelf.