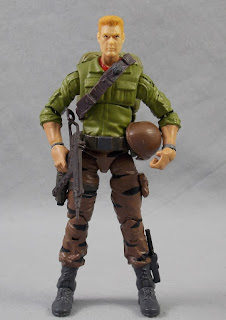 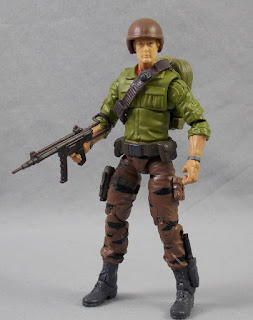 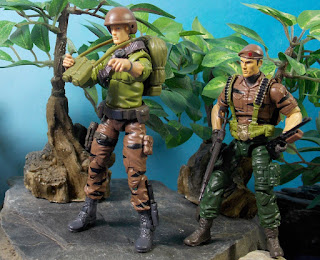 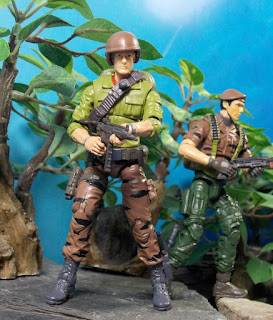 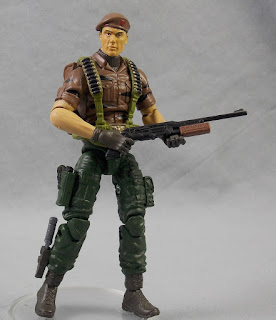 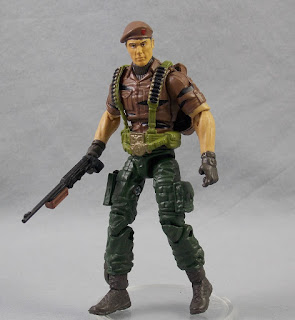 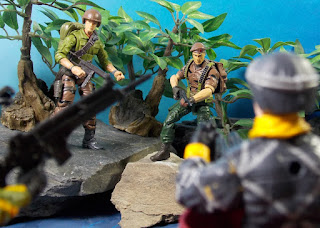 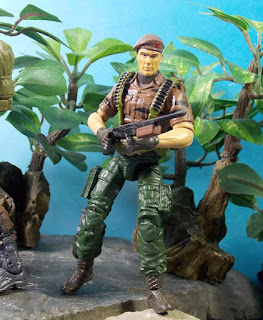 I was twelve years old and growing out of toys when the original Tiger Force sub team was released in 1988. I remember seeing the commercials for the toys on television at the time and thinking that it was very cool that hey were bringing back original vehicles and figures from when I was actively playing with and collecting Joes. I'm an oddball, but I have always liked the yellow and black tiger pattern on the vehicles.

In 2017-18, with Joe on hiatus, I have been updating all my customs to 50th standards of sculpting and articulation. Duke and Flint, in their original colors, were part of the list of characters that received upgrades. The Tiger Force versions were on that list as well until this project. 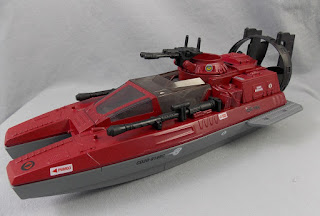 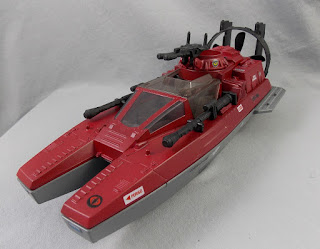 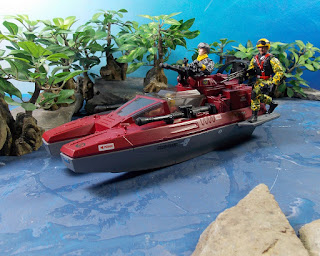 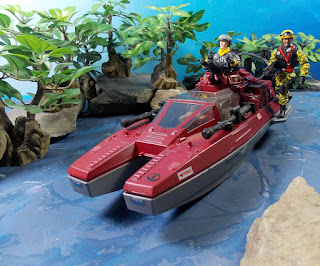 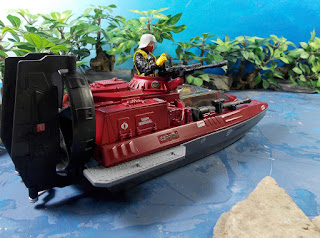 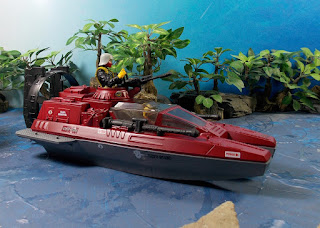 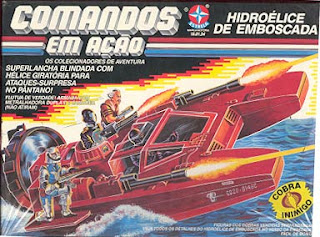 I have had this vehicle on my to-do list for several years, but I never found the time to get it done. Full disclosure, I have already customized this once. However, it was for a Joe buddy and the boat went off to its forever home a few years ago. I have been meaning to make one for myself and this project gave me a perfect opportunity.

The ‘’Hydroélice De Emboscada’’ was released in Brazil in the ‘80s and was a Water Moccasin in Hydrofoil colors. I really like the color combo on the smaller craft. Since this is a ‘’re-do’’, I changed some things from my first version. I used the Sting Raider version of the mold, so it has both regular cannons. The turret is now burgundy to match the original. I also used different shades of gray and red.

The original toy was not part of Forca Naja i.e. Python Patrol. The Club released this boat in 2011 as part of the Python Patrol convention set, so I figured that it could be included in this project. I will be displaying it on my Python shelf. 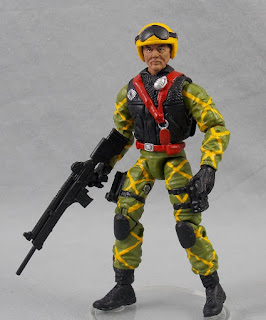 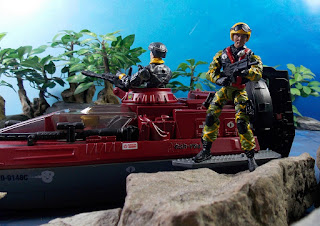 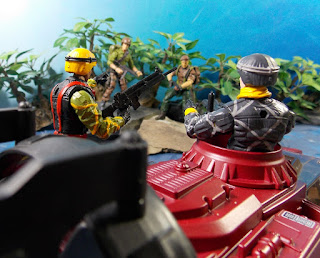 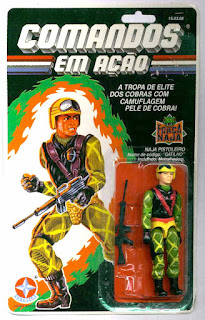 Gatilho is an original character created by Estrela in Brazil for their Forca Naja subteam. He consisted of Airborne repainted into Python Patrol colors. The Club released their version of the character in 2011’s convention set. I do not own the figure, but wanted to add him to my Python Patrol, so I built my own. I used the most modern parts available and replicated the color scheme. 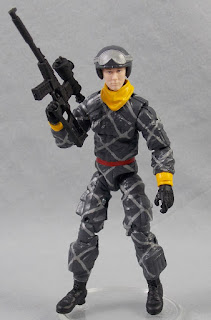 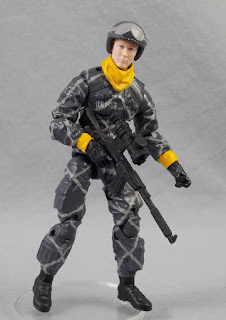 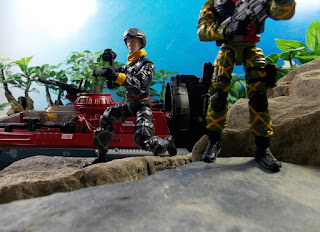 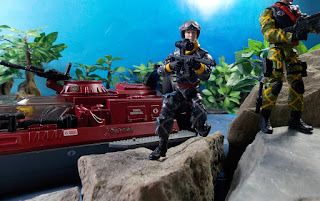 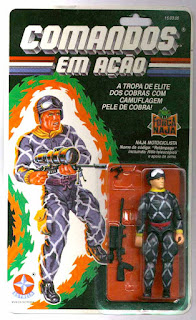 Relampago is an original character created by Estrela in Brazil for their Forca Naja subteam. He consisted of Ripcord repainted into Python Patrol colors. I have made a couple of modern Ripcord customs recently, so I wanted to change the recipe for this figure especially since the character is not a paratrooper. Generally speaking, the arctic Snake Eyes torso is not my favorite part. However, used with the 50th Duke (Data-Viper) arms, I really like the combo.