Resurgence Adventure Team: Behind the Scenes

Resurgence: Adventure Team initial story draft
"After Cobra Commander's defeat at Cobra Mountain, the ruthless terrorist organization has fractured. While Major Bludd and his Skull Squad are searching for hidden Cobra arsenals to build an army, the Crimson Twins have teamed up with Crystal Ball to form a new splinter group - CHAOS. These Cobra Hunters of Artifacts, Occult and Supernatural are scouring the globe to search out ancient mystical relics in the hopes of harnessing their powers.

To stop CHAOS, Duke calls on the original GI Joe to assemble a new team of daring adventurers. These men and women, led by Joe Colton Jr, are the best of the best from a wide range of fields: physics, archeology, extreme sports, exploration, search and rescue and more. They must race across the globe, facing the elements and natural perils to find the mystical relics before their adversaries can use them for their nefarious purposes." 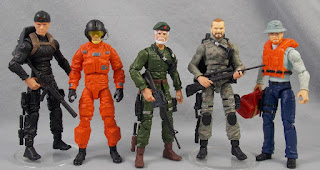 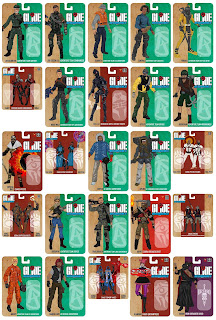 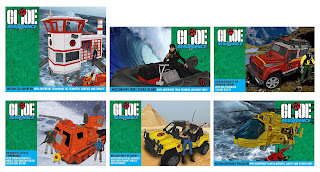 Behind the Scenes with Sam:
From sketch to custom figure:

Filecard secrets:
Joe Colton, Sr. and Jr. are from the same area as Hasbro.

For Joe Jr., I liked the idea that he had a parallel career path like Duke or Flint, but fate steered him to the Adventure Team instead of G.I. Joe.

Seawatch’s name is really Morrissey’s first name and he comes from the same hometown, Manchester, England.

For Finback, Duke is the top Marine Biology school in the country.

Night Wolf’s name comes from the Monty Python sketch “How Not to Be Seen.” Roy Bent is the man who wrote the book on it and he is listed as coming from Norfolk.

Ocelot’s home country’s race history is true, as are the military groups referenced.

Icepick and Uplink’s names are combinations of Bob and Doug McKenzie from SCTV’s Great White North and Strange Brew, along with the actors who played them, Rick Moranis and Dave Thomas.

I wanted Night Wolf to be as if an Anonymous member suddenly decided to use their skills in the real world.

For Dagon, I took the episode of the cartoon "Skeletons in the Closet" and created a Destro family member that handled all the magical grunt work for the rest of the family. The mask looked so much like that episode! Also, Boleskine is Aleister Crowley's old castle on Loch Ness that was owned by Jimmy Page at one time. 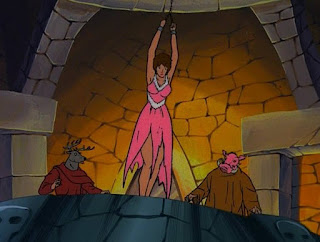 For Overdrive, I wanted to show that she came from a racing country -- Monaco has one of the most famous races in the world -- but she also turned her back on an easy life of luxury to be part of the Adventure Team.

Trailbreaker is named for one of my best friends in the world who lives in Nagoya, Japan.

Airlift was my take on how many Joes come from families with rich military traditions. I also wanted to contrast the main helicopter military teams in American and Australia, so I made Searchlight part of the 171st Aviation Squadron.

Searchlight was my attempt at following everyone's direction on making the team more worldly. I loved how some of the Adventure Team and Big Jim sets were sports based and then learned that in Australia, there is a competition that is a combination of lifeguarding and surfing.

I lifted the bit of Xamot being the wilder twin from the recent IDW G.I. Joe comics.

Krypt is my take on an Indiana Jones villain. All of the occult relics mentioned in his bio are real.

There really is a snake god named Glycon.

I worked in as many crazy G.I. Joe things into the COBRA Wardens as I could.

Glamour’s last name re-imagines Jem from Jem and the Holograms if she was raised by Pizzazz from The Misfits’ family.


My package art process by Doe138 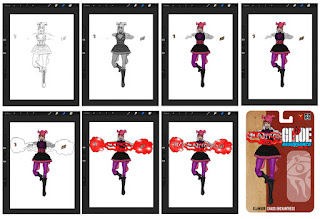 I use Procreate on the iPad for all of the paintings and Photoshop to create the actual cards. Here's how it gets done.

1. Start with a line art drawing. A lot of times, I trace the figure so that I get the costume perfect, but I'm also using reference for a face I want the figure to look like, a weapon that I want to get perfect, costuming, etc.

2. The longest part of my process is laying down an underpainting with the Gesinski brush, which is similar to a Japanese watercolor brush. I use this to build layers of shadow and some light so that I have a more 3D looking painting when I start putting color in.

3. I lay in color in flat tones, like you would paint an animation cel. Each step, I erase around the lines, as layer masks are really rough in Procreate. Maybe someday I'll move up to an actual tablet and better software, but for $10 you can't go wrong.

4. Now, I add in textures, such as fishnets and fabric. I also use a light filter that I downloaded years ago that simulates the pores of the human face. It adds just a little something extra. Then, I use the Gesinski brush and several layers of soft light and luminesce to build light and shadow within the character, then double check my drawing. At this point, I may reink or even start drawing all over again within the color art to make the face look better or improve something else.

5 to 7. I wanted the magic that Glamour uses to pop, so I did several passes of splatter effects and shading.

8. I move the art to Photoshop as a PNG file so that it has no background color and place it into the shell that I have created for the card art. At this point, I often play with color and lighting all over again. 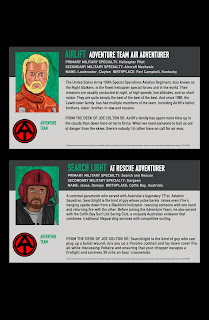 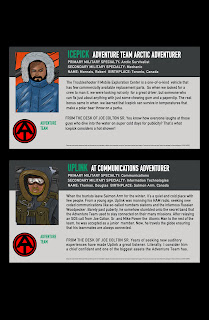 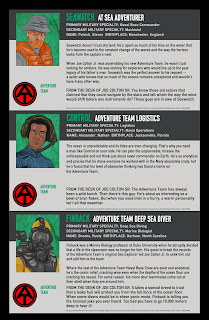 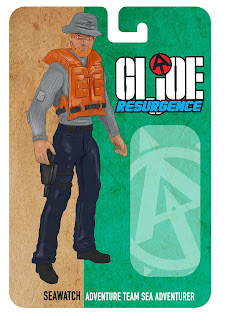 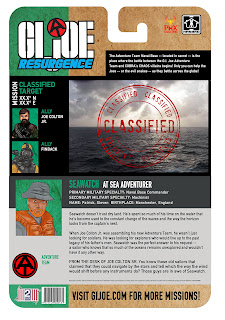 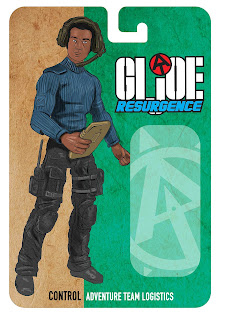 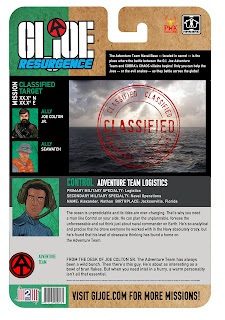 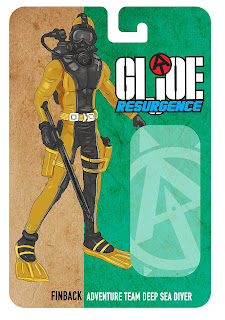 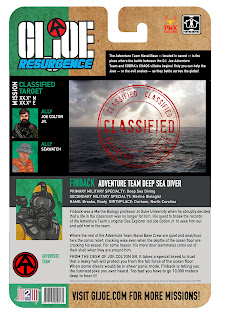 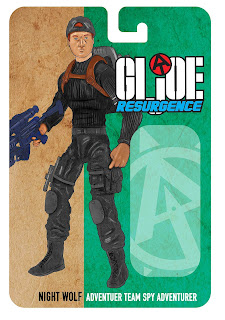 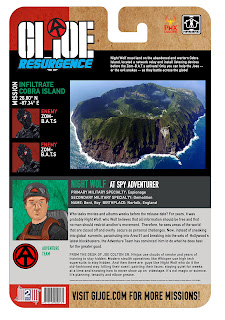 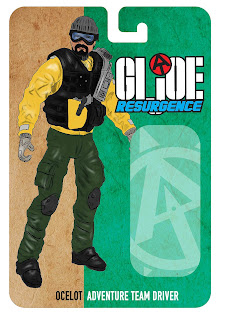 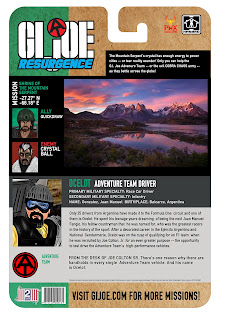 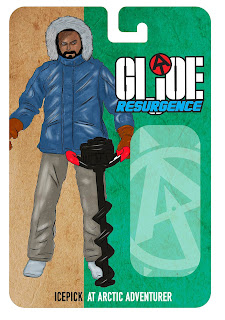 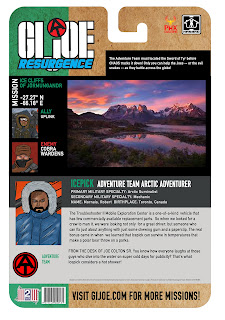 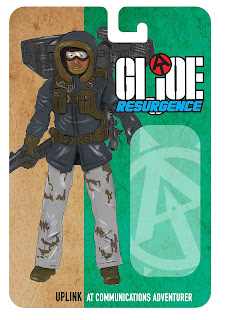 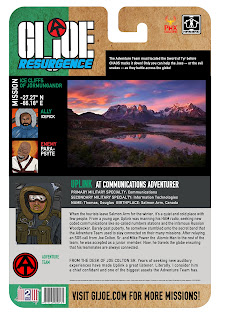 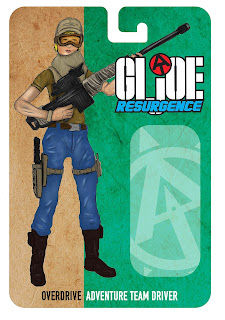 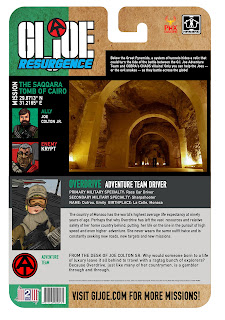 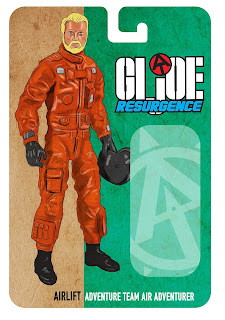 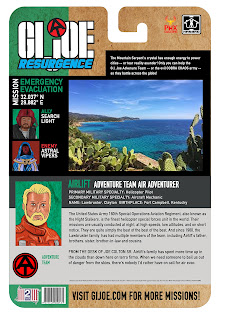 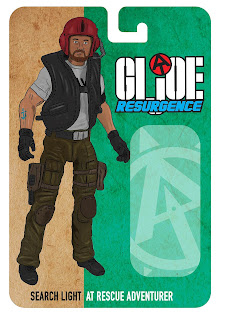 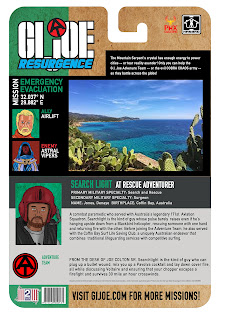