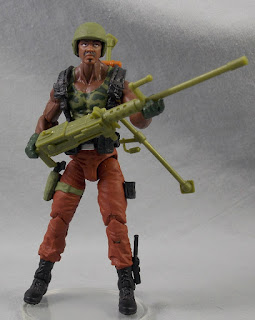 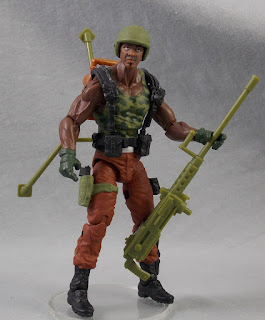 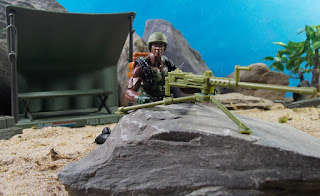 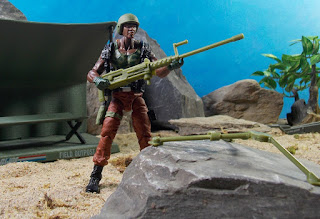 I did not have any Roadblock figures as a kid. I mostly remember him from the cartoon where he was very prominent. He was also featured in one of the only comic book issues that I had #24. In that issue, the Joes bring a captive Cobra Commander to a mountain-top fortress in an attempt to keep him hidden from Cobra. However, Storm Shadow manages to track and rescue him using a CLAW. Roadblock gives chase on foot and bests Storm Shadow in a fight in the woods. I remember buying that comic at a local convenience store. It was in French and read and re-read that issue over and over.

For my custom, I wanted to include as much of the vintage figure’s characteristics as possible. For accessories, the original backpack with ammo box and pin to peg the tripod were a must. I used a Marauder head, but may upgrade down the road if an opportunity comes up. After that, I matched the original’s colors as best that I could.