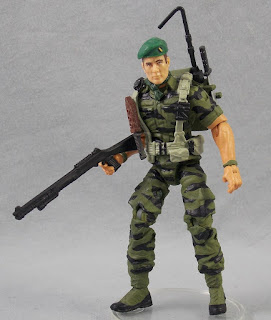 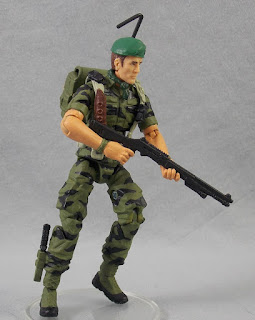 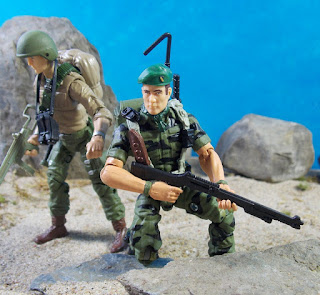 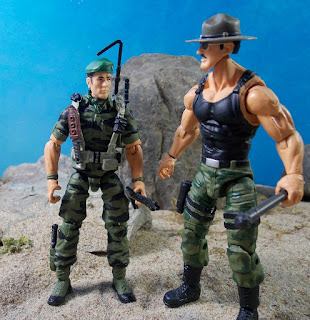 In 1987, I was getting out of Joes. From that year on, the only new figures that I got were Crazy Legs and Iron Grenadier a year later. I still played with my Joes from time to time however and still watched the cartoon when it was on. When I saw a commercial for the GI Joe Movie, I was thrilled. I eagerly sat down in front of my television set at the scheduled time and tuned in. When it was all done, I remember liking some parts, but not being impressed by others. The new character of Falcon fell into the latter category.

Since then, I have learned to appreciate the original figure for its realistic color scheme and fun accessories. Unfortunately, despite getting a few versions of the character in the last few years, I don’t consider any of them definitive. This is my attempt to fix that.