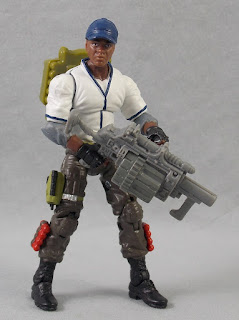 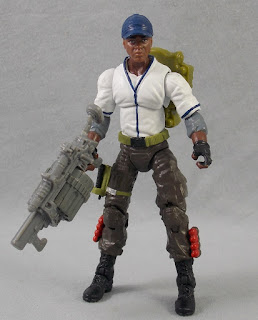 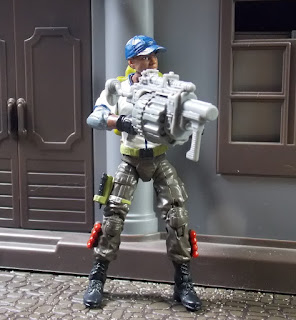 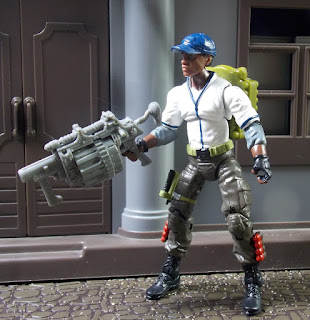 By 1989, I was out of Joes and moving out of toys in general. However, I had not outgrown Halloween yet. That year, I dressed up as a Ghostbuster and made the rounds. One of our neighbors at the end of the street was a newspaper and magazine distributor. Rather than candy, they gave out comic books. I still remember getting 2 copies of GI Joe Special Missions 17 in my trick-or-treat bag that night. When I read it the first time, I remember thinking that I did not know any of these new Joes. Who were Muskrat, Hardball, Sneak Peek and Shockwave? Over the years, I have read and re-read that issue several dozen times and it remains a favorite of mine to this day.

Hardball was one of the new (to me) Joes in that issue and my attachment to this character comes solely from the comic since I never had his original figure. For my custom, I started with an older custom that I made several years ago during the early stages of the 25th line. I kept the torso and arms since they make a convincing baseball jersey. I updated the head and legs to modern standards and also splurged on the vintage accessories to tie my custom back to the original.