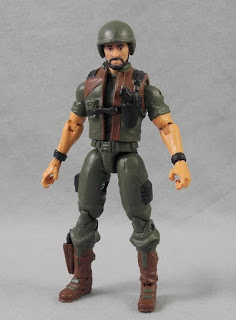 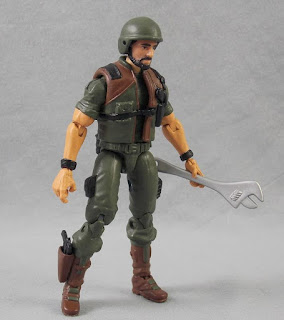 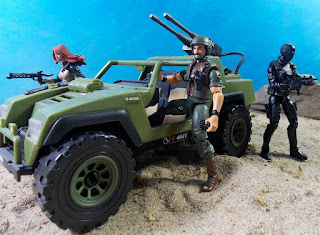 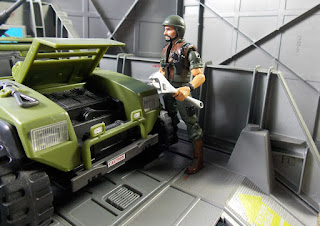 As a kid, I remember a friend on my street that had the VAMP and Clutch. We played GI Joes together often, so I got to play with his toys. Because of this, I never really wanted one of my own and my birthday and Christmas lists included other toys that I did not have. Clutch was a pretty important character in both the Sunbow series as well as the comic run and I remember him from both.

The 25th version was not bad at the time, but is dated now. He has a decent sized head; his boots are perfect for all OG13 characters and his vest is spot on for the vintage one. However, he suffers from Duke wrists and has a drab color. For my custom, I re-used the vest and changed out all the other parts to better match his vintage look. Marauder’s bearded head makes for the perfect Clutch and the vintage helmet fits perfectly on it as well. 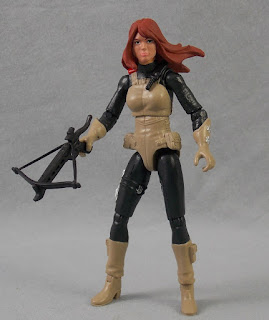 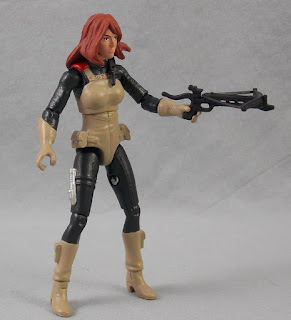 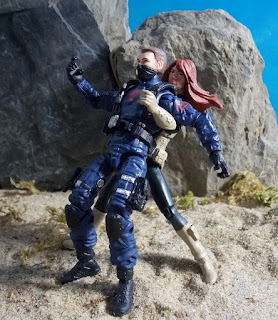 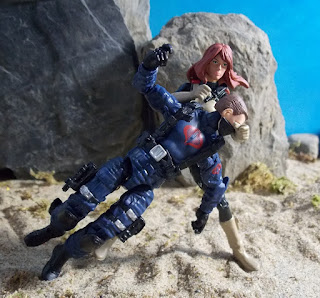 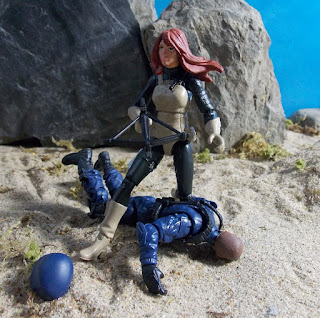 I never had a Scarlett figure when I was a kid and I don’t remember seeing her in stores either. My attention was focused on the army men type figures like Grunt, Zap and Short-Fuze and figures with cool accessories like Tripwire and Snow Job. My memories of Scarlett were from the Sunbow cartoon where she played a prominent role.

Scarlett is one of the figures that are the most in need of a good update. Each version of her since the 25th has had flaws in my opinion. The 25th is hunched, Resolute had an awful head, Rise of Cobra has the wrong uniform, etc. For my custom, I tried to take the best pieces from each version to make a best version. I like what I came up with for now, but I believe that there will still be room for improvement in the future.