Still playing catch-up while fighting off a nasty virus. Here are the next two Original 13 team members. 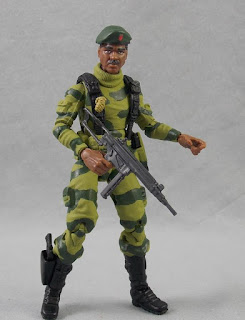 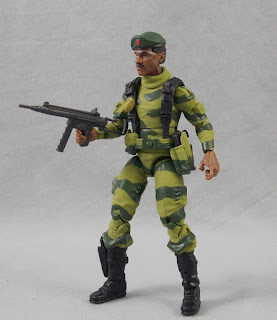 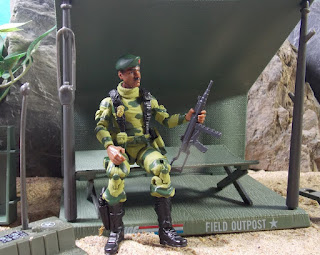 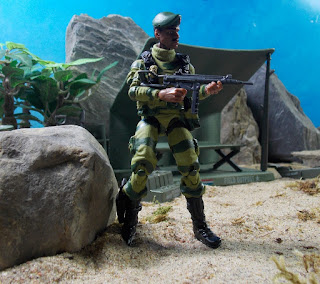 I never had Stalker when I was a kid. None of my friends had the figure either, and he did not figure prominently in any of the few early Marvel issues that I had (5, 11, 12 and 24) so my only early knowledge of the character was through the Sunbow series and the catalogs. As such, when I was collecting and playing with Joes in the early years, Stalker did not really register on my radar. Later, when I was a bit older and just getting out of Joes, I received a copy of Special Missions 17 for Halloween. In the issue, Stalker leads a small team of Joes on a raid of a corporate building. It was only when I started collecting as an adult and I read the whole Marvel run that I developed an appreciation for the character.

For my custom, I stuck close to my established recipe for the other OG13. The Marauder MTF head oozes Stalker in my opinion. The colors match the vintage version as closely as possible as well. 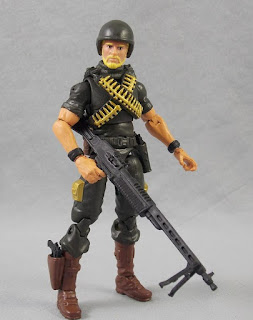 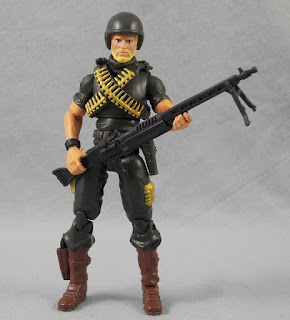 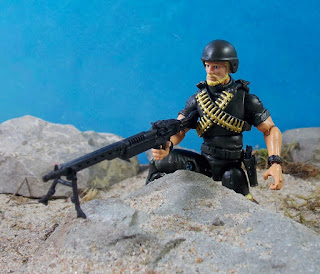 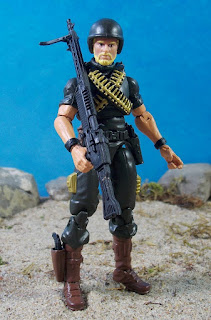 I did not have Rock & Roll as a kid. I don’t remember seeing him on store pegs, although I was probably just focusing on other characters. I remember him mostly for his Sunbow appearances as well as the role he played in issue 11 of the original Marvel run. In that issue, he gets tricked by Snow Job into going on a date with Gung Ho’s high-fashion model sister.

The 25th version of Rock & Roll was lacking in my opinion. The head is tiny, the arms are slit, the sleeves are not rolled up and the color is bland. My custom addresses all of these issues. It is a straight-forward use of my established OG13 recipe. I used Ultimate Flint’s arms to finally give R&R the proper rolled-up sleeves.