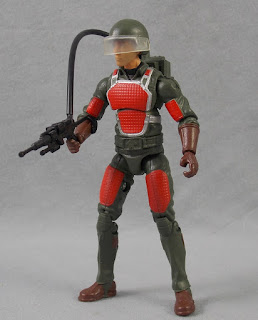 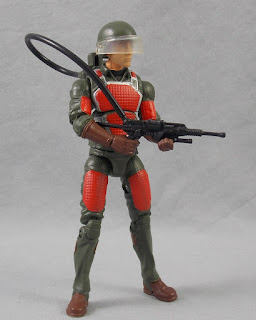 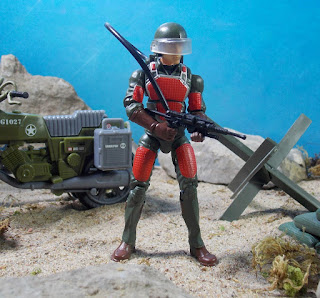 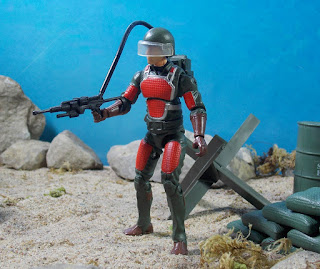 Flash was one on my first Joes that I got as a kid. I remember liking the color scheme and the weapon. Flash would often man the top of the APC after the cannon got destroyed.

The official 25th figure, though dated, is still dead-on accurate as far as sculpting details. For my custom, I kept the base body. I updated the head to something more proportional and gave him a vintage helmet and visor to bring him in line with the other Joes. After that, he got painted to match the rest of the team. 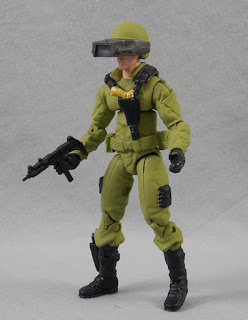 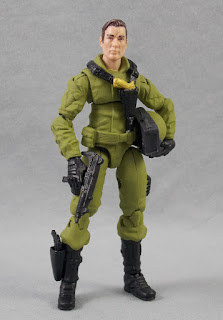 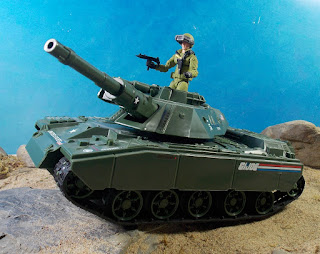 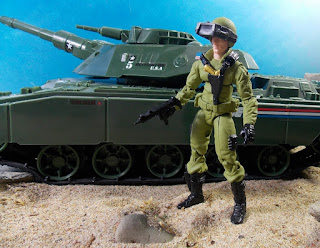 Steeler was one on my first Joes that I got as a kid. I bought him with the MOBAT with my birthday money in 1983. I still remember the GI Joe section at BoniMart (a Canadian discount department store that no longer exists). That same birthday, I picked up Flash, Zap and the APC

Unfortunately, we did not get any good versions of Steeler during the 25th anniversary or since in my opinion, so this update is sorely needed. Since his uniform is different from the other Joes, I changed up his recipe for his torso and arms. I had previously used the 50th Hawk torso on my Action Force Steeler custom and liked it a lot. For the arms, I tried to convey the look of a jacket like the original figure.