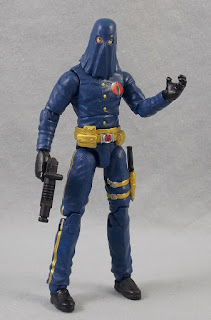 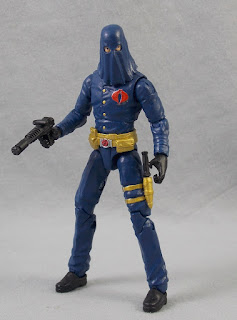 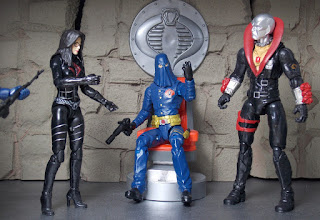 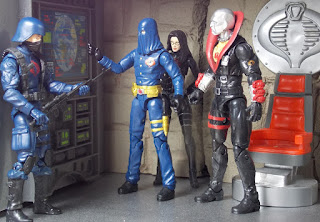 Hooded Cobra Commander was my one and only Cobra Commander that I had as a kid. I never had any of the other versions. I remember seeing the insert for the mail away products as a kid. It must have been included with one of the vehicles that I got as a gift. I collected my flag points and begged my mom to write a check to send off for Cobra Commander and the MANTA. I stared at that insert for hours while waiting for the box to arrive. The 12-14 weeks was forever in kid time (that’s a long wait for an adult as well).

For my custom, I kept things simple. I mostly used Retaliation Ultimate Cobra Commander. That mold is not about to be replaced as the best version of the character any time soon. It is not a perfect representation of the vintage figure as it is missing the area to attach the gun on the back and has a few other minor details that don’t match up, but it is by far the best Cobra Commander we have gotten. 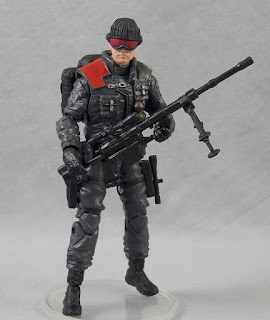 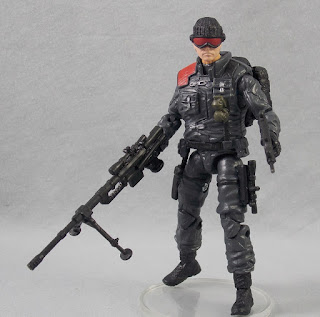 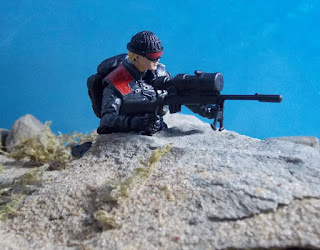 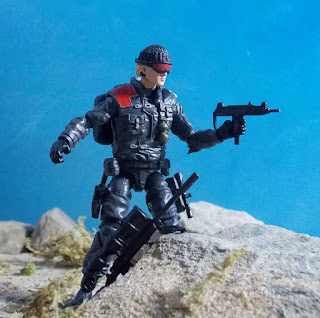 I never had the original Lowlight figure back in the day. Truth be told, I did not have very many 1986 figures, I was already growing out of Joes that year. Still, I remember Lowlight from the Sunbow cartoon, especially the episode where he has nightmares. Also, Lowlight had a small role in one of the only issues of the Marvel comic that I had, #55. In that issue, a small team of Joes storm a Terrordrome to rescue Snake Eyes. Lowlight expertly snipes several Cobra troopers so the Joes can use their uniforms to infiltrate the base.

The PoC/50th Lowlight figure is solid and still holds up as an example of great sculpting, accessories and articulation. That said, I am remaking my customs collection to resemble their vintage versions as much as possible. The PoC figure's shoulder and knee pads no longer worked, so I swapped out some parts and built a new figure.