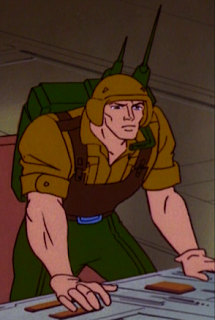 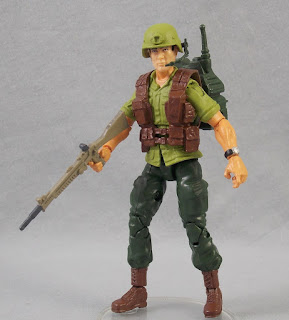 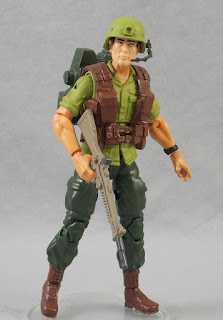 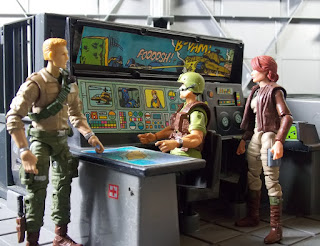 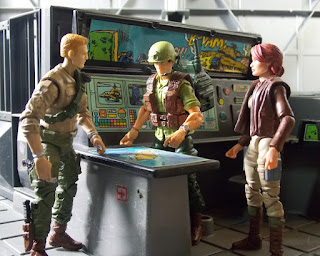 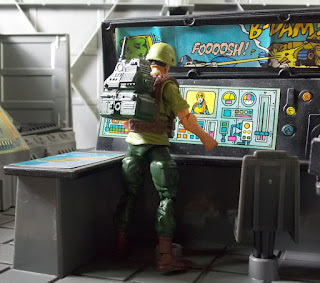 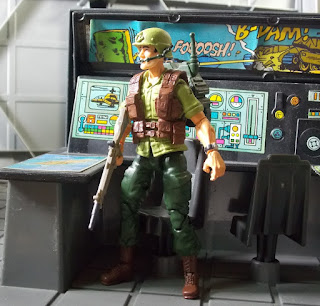 Sparks made only a handful of appearances in the Sunbow cartoon (a total of 4, I believe), never got a vintage ARAH figure and never got a modern era figure and yet he is a character that most GI Joe fans know. I had forgotten about him until I re-watched the original mini-series. Since then, I have wanted to make a good custom of the character. I have made a couple of versions prior to this one, however, they all suffered from some flaws (lack of the right parts mostly) and have all ended up dismantled. With this custom, I hope to make my definitive version. 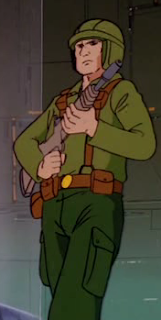 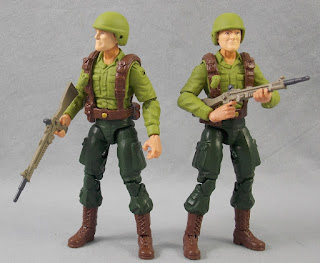 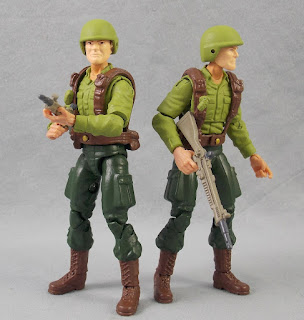 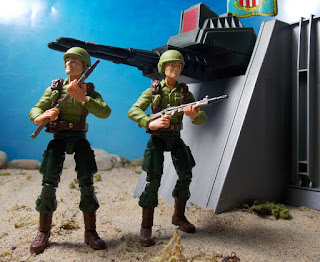 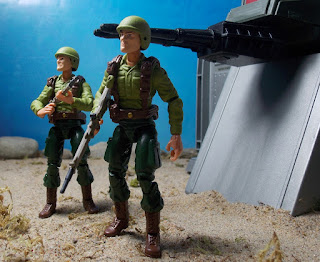 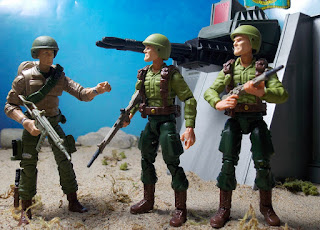 When I was a kid, I had only a handful of GI joe comics. For me, GI Joe was about the toys and the Sunbow cartoon. The Green Shirt troopers were ubiquitous on the show and so GI Joe having generic soldiers to swell their ranks was a perfectly normal thing to me growing up. It wasn't until I read the entire original comic series as an adult that I realized that Green Shirts were not in every version of the story.

The 25th Green Shirts were a valiant effort at the time, but I find them lacking now. Pretty much every part of them has a better sculpted and articulated counterpart now. For my custom, the only thing that I kept from the original figures is the web gear. However, I wanted them to look like the cartoon, so I avoided parts that had too much detail, pouches and armor.