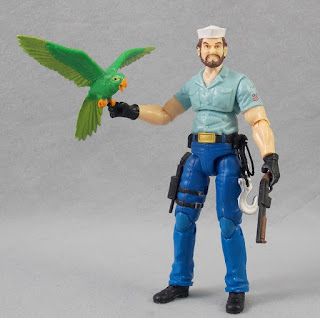 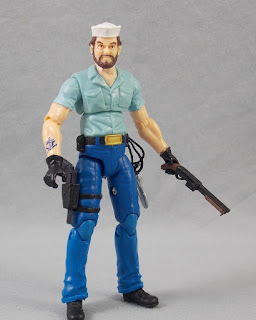 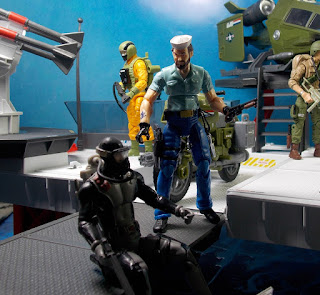 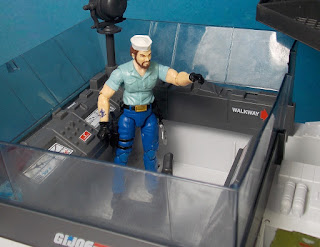 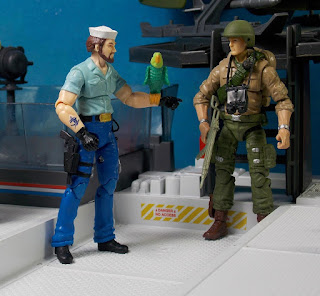 Shipwreck, like barbecue and Snake Eyes v2 arrived in my collection in Christmas 1985. I remember putting him on my wish list that year because I thought he had cool accessories like the hooks and rope and Polly. He was a pretty important character in the Sunbow series, so I knew him from that as well. Also, he played a small role in one of the only comics I had, issue 41, where the Joes try to kick Cobra off an island before it gets official recognition. Shipwreck was pretty bad-ass in that issue. Among other things, he took out a HISS' threads with his hooks.

The second 5-pack version of Shipwreck that came out during the 25th line is still pretty good I believe. It is as close to a vintage accurate version that we are likely going to get, so I started there. I painted the belt and shoes black, repainted the cap, hair and beard to sharpen the lines, swapped the lower arms for less scrawny ones and added the hook on the belt to attach the line. I like when my modern toys have the same features as my vintage ones.