American Defense was a line of 3 ¾’’ military toys sold exclusively at Kmart in the eighties. The line started with Galoob’s A-Team molds and Remco grew it from there. It was later produced by different companies and ended up in dollar stores and discount outlets. Similar to GI Joe, it included a wide variety of colorful characters. However, without a cartoon, comic or any marketing to back it up, the line rode GI Joe’s coattails for a while and then disappeared. 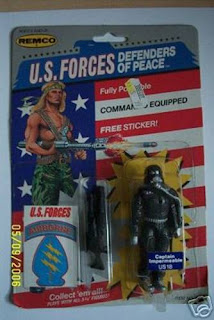 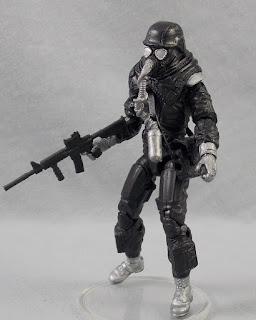 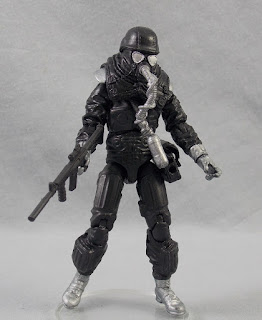 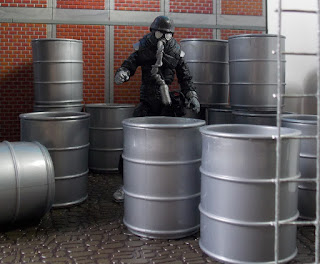 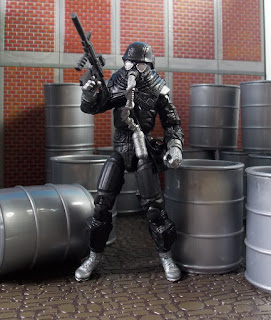 Captain Impermeable is a Remco US Forces figure, released around 86-87.
One of my last minute additions to the project, Captain Impermeable (what a name) came about only because I stumbled upon the headgear in a fodder box. I looked at it for a bit, and realized it would make a great update. a couple coats of spraypaint later, and the Captain was born. 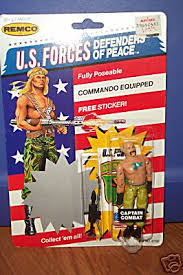 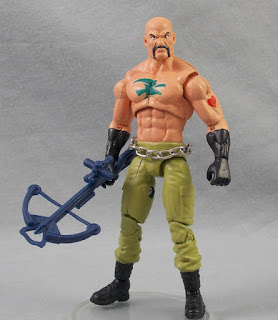 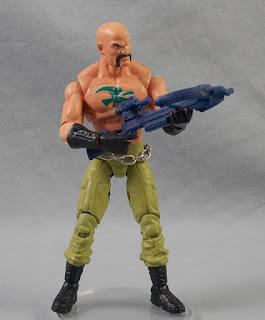 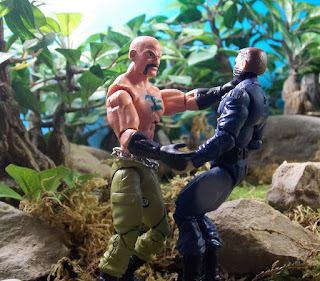 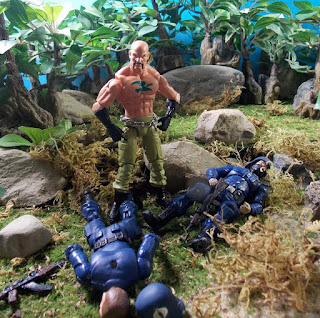 Very obviously inspired by Gung-Ho, Captain Combat was part of the American Defense line. He was a fun figure to put together. The chain belt is just a fun piece. While squinting at pictures of the original figure online to paint the chest tattoo, I realized he had something on his arms too. After comparing the card art and various pictures, I realized he had a heart tattoo on his bicep. Honestly I'm surprised Hasbro never had a character with one, its such a classic tattoo design, but finding out Captain Combat had one definitely made me like him more. 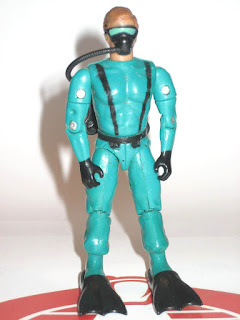 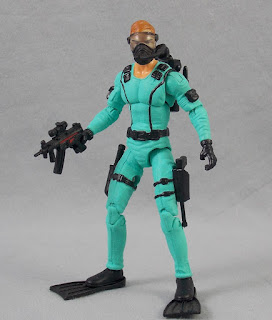 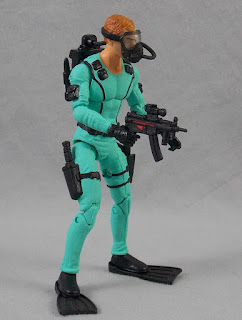 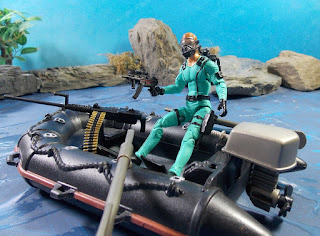 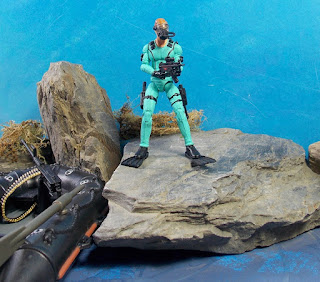 The diver was a super simple custom to make. I had a spare AOCI Wetsuit. Since the colors are so close, I started there. Even though he is completely painted, he remains completely poseable.