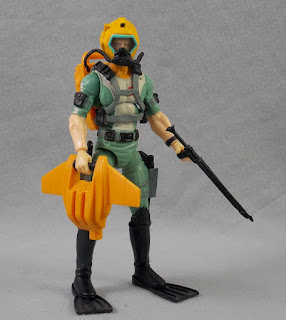 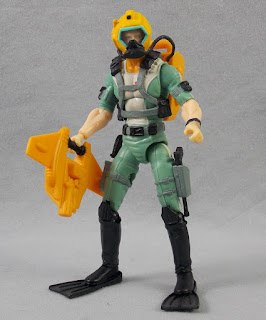 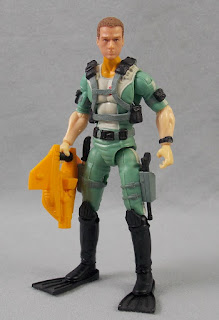 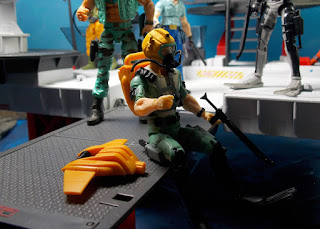 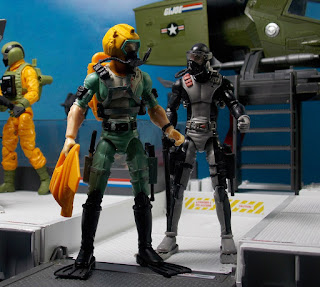 I mostly remember Wet-Suit from the Sunbow cartoon. He and Leatherneck were always bickering during season 2 and they both stood out to me. The 25th figure was released at the very end of the line in the Joe 7-pack. Originally, the figure was slated to be released as a diver version of Resolute Duke. However, as the line wound down to be replaced by the Rise of Cobra, Hasbro repainted and repacked the figure and he became Wet-Suit.

As a figure, it had some points in common with the original figure, but it could be improved. For my version, I simply repeated what several customizers have already done. Most of the changes involve simple part swaps. The helmet is repainted from the Eel. It is not a perfect representation of the original's, but it works well in my opinion. 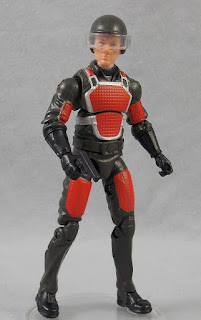 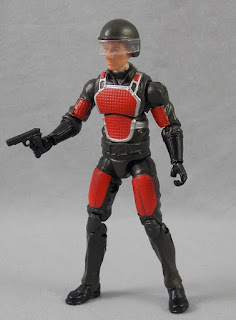 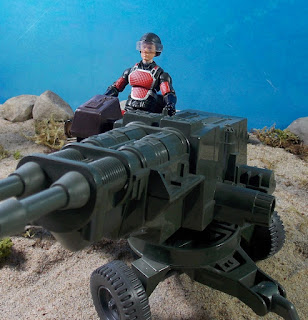 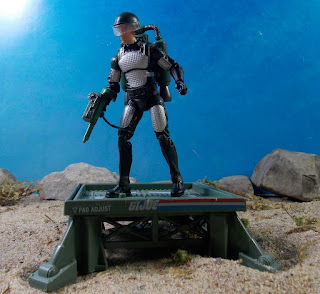 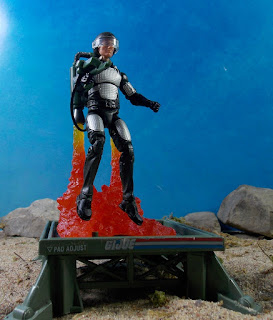 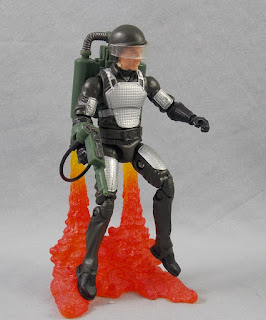 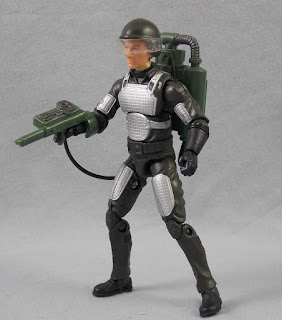 I did not have Grand Slam as a kid. I barely even knew he existed. When I looked at the figure in the 1982 catalog, I just thought they used Flash for the HAL. When Grand Slam got a new silver makeover in 83, I remember thinking that this may have been a new character. However, by then, I was more interested in other Joes like Tripwire, Snow Job and Airborne. In my mind, Grand Slam will forever be a Flash clone. Sorry GS fans.

The 25th anniversary version is a good figure. Although it has its flaws, it represents the vintage version well in my opinion. My goal with this custom was to adjust the colors to match the vintage figure as well as update the head and include the visor.