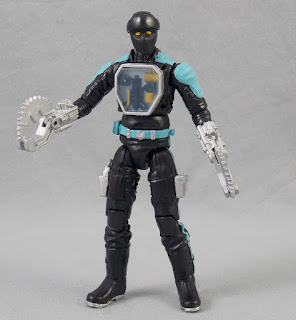 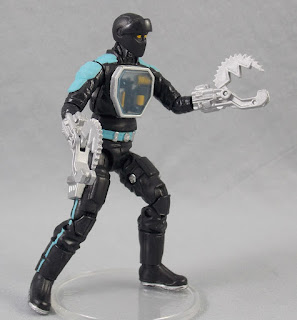 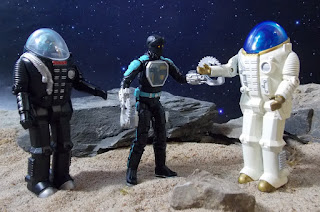 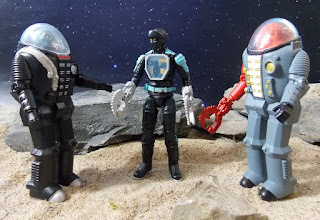 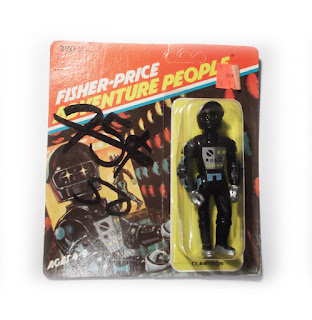 Clawtron was released on a card and not part of any set. It was a franken-figure made up of parts from previous figures and a new paint scheme. As far as I know, no back-story was provided for the character so kids could make up their own. I imagine that Clawtron is one of the blue-skinned alien henchmen, a cyborg allied with Brainoid, doing his nefarious deeds. The custom itself is pretty simple. Most of the parts were already black, so it was just a matter of painting some details. 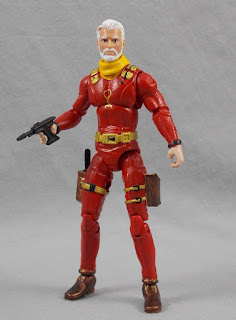 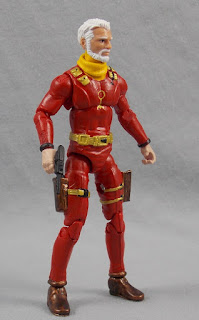 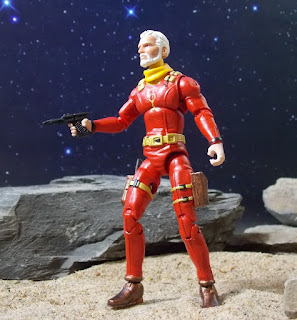 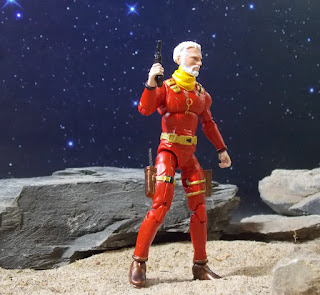 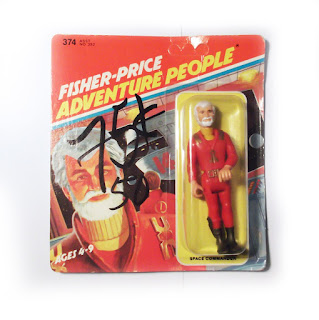 After making customs based on the Alpha Probe Astronaut and Brainoid, I started looking at other space based Adventure People for inspiration. The Space Commander jumped out as a cool retro space dude. The Marauder Task Force head oozes character. I picked the body parts with two criteria in mind. First, the original figure was a repaint of various diver figures, so I looked for parts that mimicked a tight-fitting body suit. Second, I wanted to avoid painting as much red as possible. Fortunately, the 25th Cobra Diver checks off both boxes.