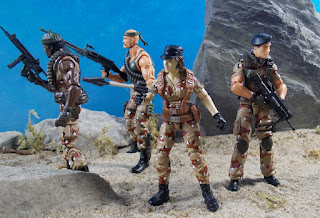 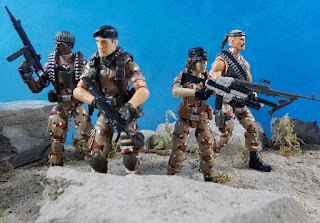 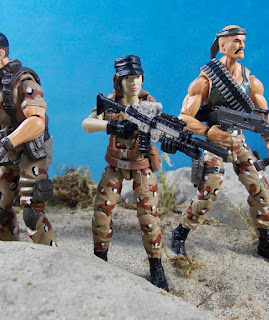 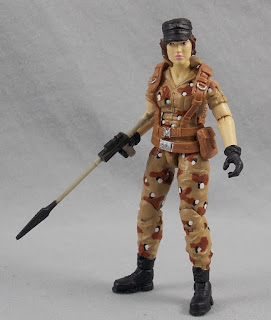 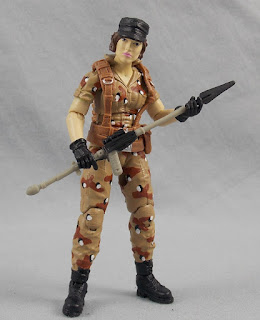 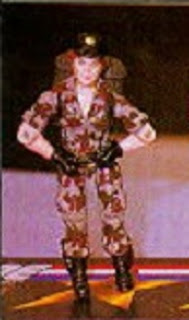 After making my 1997 concept colors Cobra Commander, I started looking at that reference pic on Yojoe again. It has 8 characters on it that were never released in those color schemes. I had seen that picture a few times, but never really paid any attention to Lady Jaye. That changed now, because I was in the middle of making customs based on the Valor vs Venom Desert Patrol Squad 6-pack. I took some liberties and I adapted the color pattern to match the squad.