The New Sculpt era (2001-2006) was a particular time in Joe's history. On one hand, the lines released during those years - GI Joe vs Cobra, Spytoops, Valor vs Venom and DTC - have a bad reputation because several figures had strange proportions and accessory selection were sometimes bizarre. On the other hand, a lot of great ARAH type figures were released and new enduring characters like Kamakura and Bombstrike were created during those years.

I got back in to Joes as an adult in 2004-2005. The Toys R Us exclusive 6-Packs and the KB toys Operation Crimson Sabotage were what drew me back in. After that, I started picking up various Valor vs Venom figures and Comic Packs. By the time DTC was released, I was buying all the new stuff that was coming out as well as a lot of stuff that I had missed out on since quitting Joes in 1987. That included Spytroops and GvC.

Even after the 25th and Pursuit of Cobra and all the other Modern Era lines, that I now exclusively collect, I still think the New Sculpt lines (and the TRU exclusives in particular) had some of the funnest figures and concepts. That's why I love recreating them as ME customs. It allows me to try to recapture the fun aspects while attempting to fix the flaws.

One of the first "flaws" that I fixed was to omit Snake Eyes from the group. I was not crazy about the idea of having him in almost every pack at the time. Also, I found some other Joes to include in the squad instead. 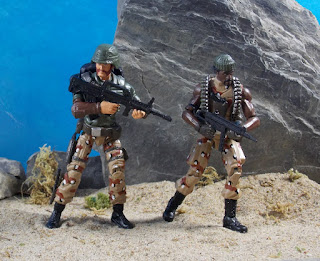 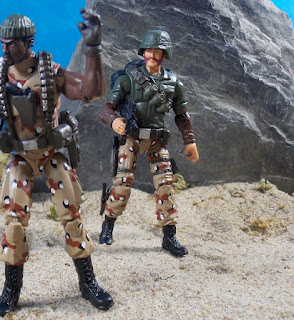 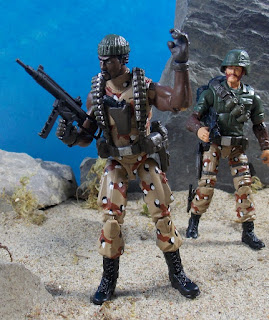 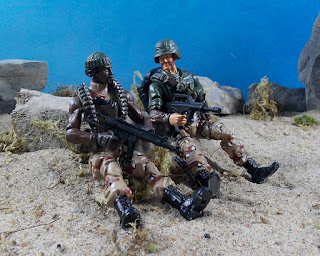 I tried several recipes for Stalker until I found one that I liked. At first, I was trying to recreate exactly the original recipe that consisted of Battle Corps Duke's body. The PoC Lowlight vest sort of works, but I felt it was too bulky for the desert. Also, I did not like the original's textured boots, so I went with regular combat boots. For the color scheme, I stuck close to the original. 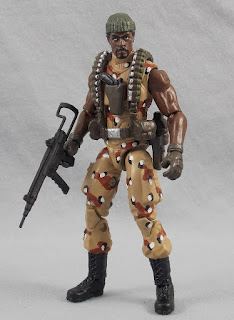 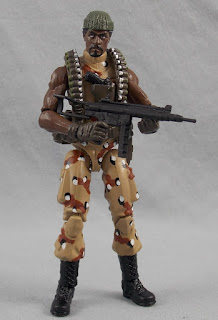 Ambush
Ambush was one of the solid figures from the original 6-pack, so I stuck close to recipe for parts and colors. I made some changes to the legs. 25th Dusty legs would have been closer to the original, but I wanted to add some holsters and pouches, so I went with the more modern ones. 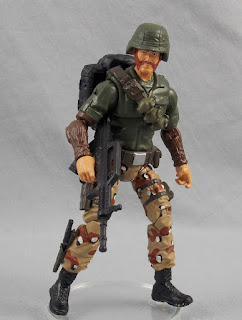 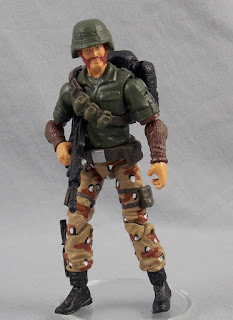