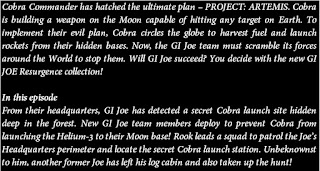 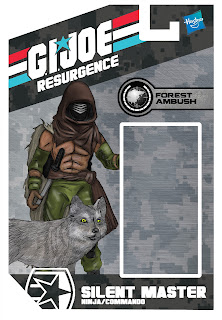 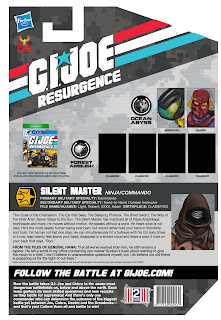 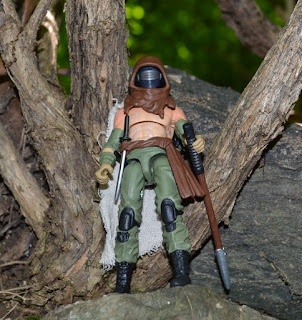 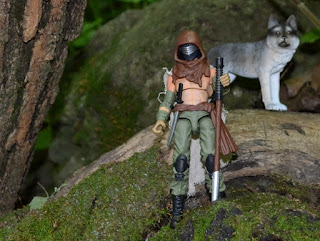 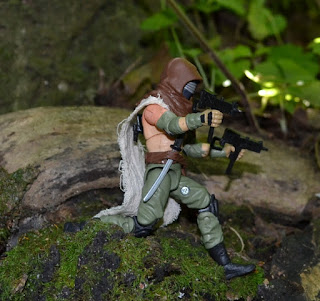 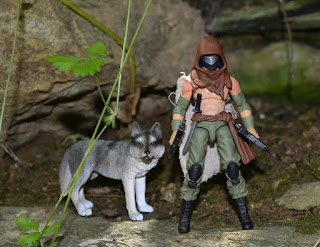 This figure is a remake of a character created by Oreobuilder in a previous Resurgence. Silent Master was a favorite of mine. I love the idea of him and how he ties many different aspects of GI Joe together. Plus, it's always fun to take something and put a different spin on it, that's what customizing is all about. My favorite part of this custom is the dual uzis hanging hidden under his cape. 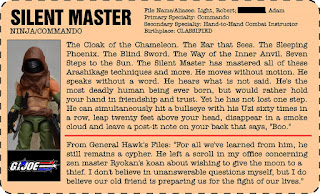 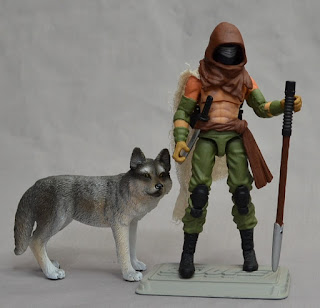 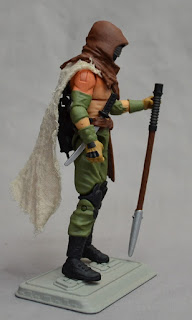 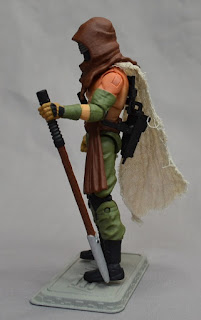 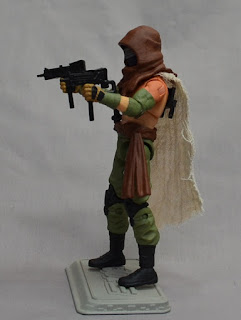 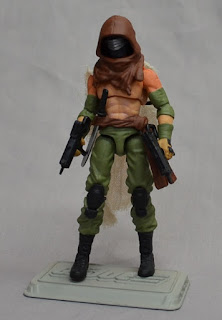 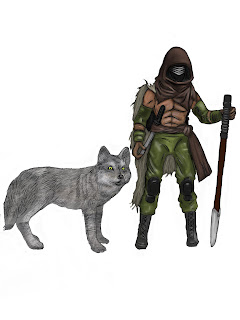 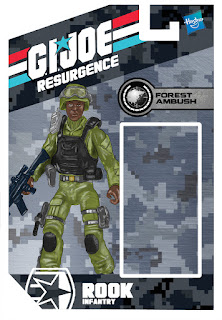 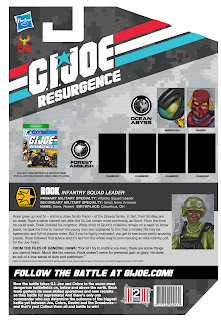 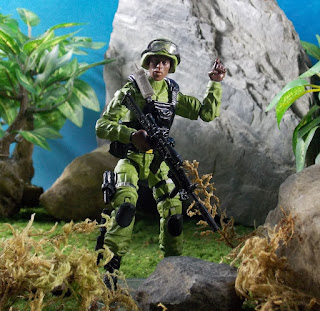 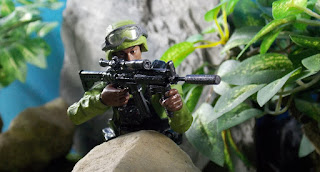 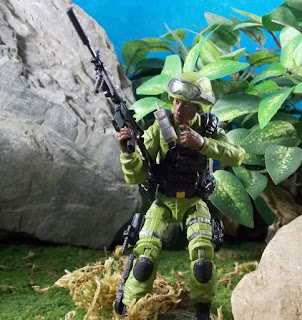 In 2010, Guy Cassaday and Ron Rudat, both former Hasbro employees that designed most of the GI Joe A Real American Hero line in the ‘80s, planned to launch a new toy line: SK Omega. Unfortunately, the line did not get produced. However, they did show off some awesome concept art at various conventions.

I have had SK Omega characters on my customs radar for a while. I pieced together most of the main cast last year, but never got around to painting and accessorizing them. This project gave me the excuse I needed to get off my behind and get them done. I find it fitting that these characters would be included in a GI Joe toy line as they were created by the fathers of the modern GI Joe mythos. I picked Rook to include in this project to fill the role of "regular green army guy". We did not want to bring back Groundpounder who had previously filled that role and I think that GI Joe always needs a "Grunt" type, so Rook took over that spot. I stayed as close as possible to the source material, but I did add a bit of gear like the helmet and shoulder radio to complete the look. 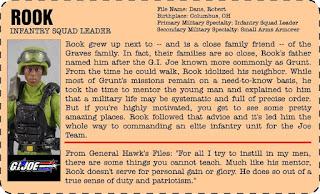 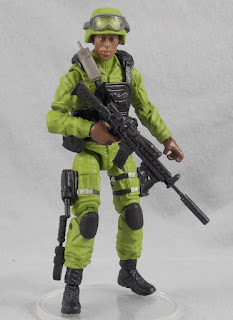 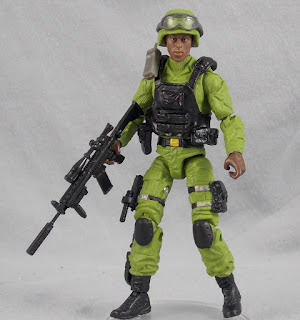 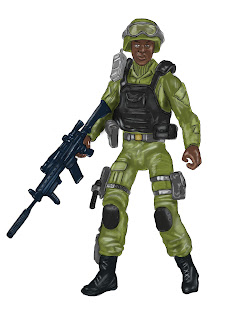 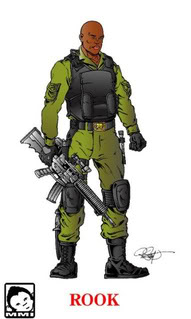 
Next: Rooster and Hot Shot from bucky