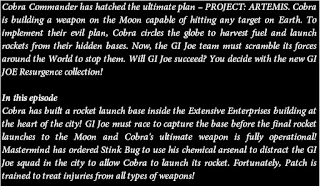 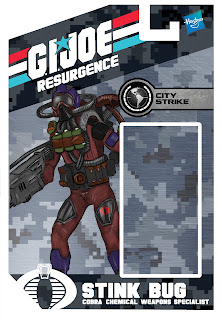 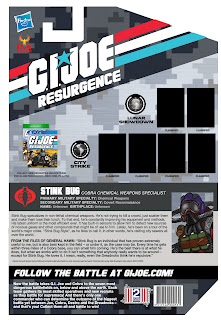 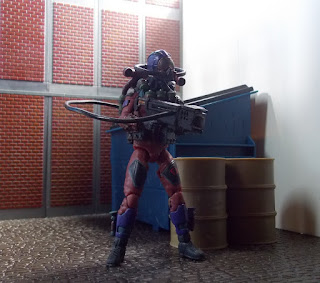 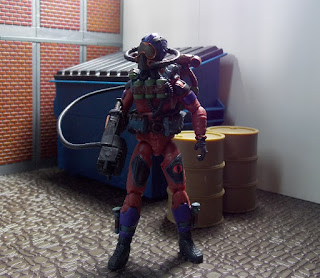 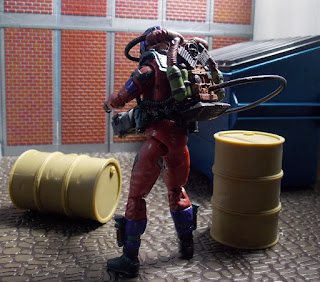 Stinkbug was an original character from part 1. I had alot of fun with the 1st version, though he was a somewhat clunky build. I couldn't pass the chance up to make him again once I had the Scarecrow webgear in hand. I was able to get a toxo viper conversion backpack at Joecon '15. I tried something new and
did some "rust" weathering with it as well, and built the toxo gun from a couple of different pieces. 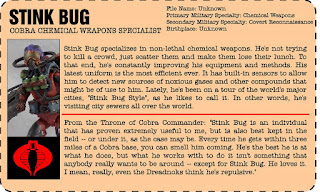 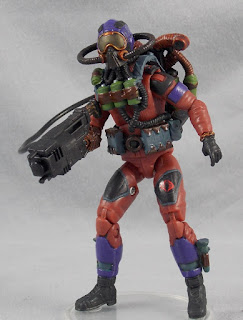 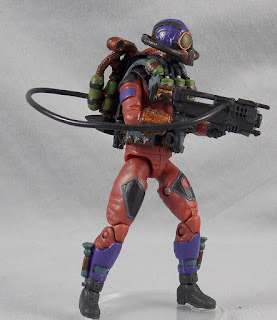 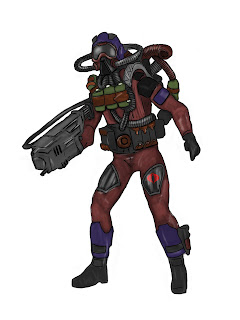 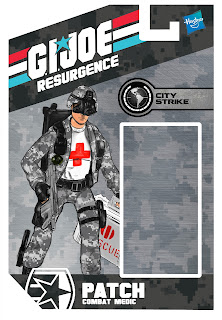 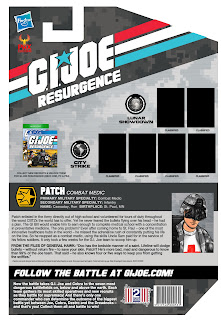 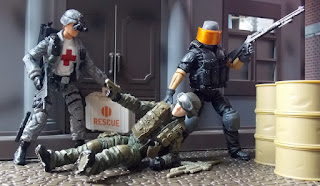 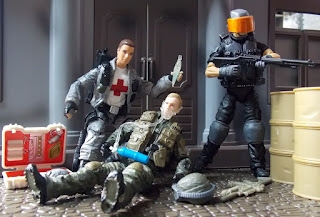 I have had SK Omega characters on my customs radar for a while. I pieced together most of the main cast last year, but never got around to painting and accessorizing them. This project gave me the excuse I needed to get off my behind and get them done. I find it fitting that these characters would be included in a GI Joe toy line as they were created by the fathers of the modern GI Joe mythos.

Patch was the character that I was most looking forward to making. I really like the red cross t-shirt with urban camouflage fatigues look of the source material and I tried to be as faithful to it as possible. 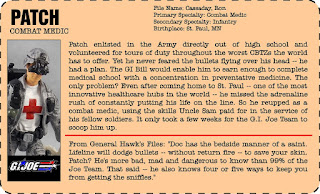 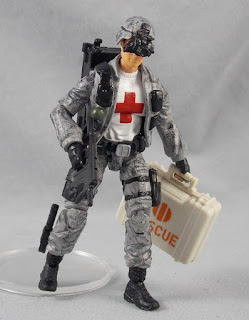 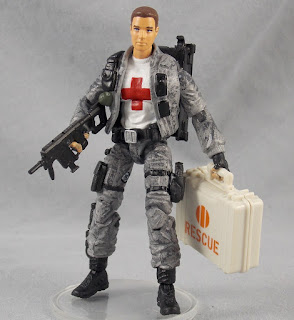 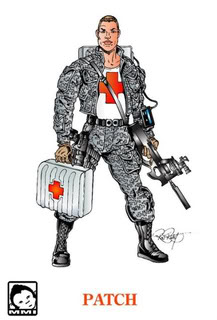 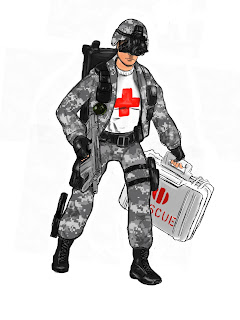 
Next: Big Boa from Dusty79 and Foxtrot from Oreobuilder