From the desk of bucky:
Back in 2014, Oreobuilder and I went into the first "Resurgence", starting off with the idea that back in 1996, the original ARAH line never stopped. We called it "Project 96"- a play off the "Project 95" figures that have been seen that never came to light. It was supposed to be sort of a "what if" deal.

As we progressed into the brainstorming, making a mock figure line as if 1996 happened didn't end up working out- mainly because at that time, the figure building was still tooled in the ARAH style, and we work in the post 25th style. It just wouldn't make much sense. Then came the rumors that Hasbro wouldn't be doing anything for the 50th line.

With that, G.I. Joe Resurgence was born.

As we draw it to a close, I thought what would be cool as a "bookend" of sorts for the whole thing? Could we dip into the Project 96 idea? Well... we could have, but the more I thought about it, why not ask a Master of ARAH customizing to make them? Someone who has a passion for that style of builds, as we have a passion for our style? I reached out to a well known ARAH customizer, asking if he'd like to help out. Pick out 3 random figures from the last three years and make ARAH versions of them. I didn't tell the rest of PHX as I wanted it to be a nice surprise.

Kind of Evil of me, right? 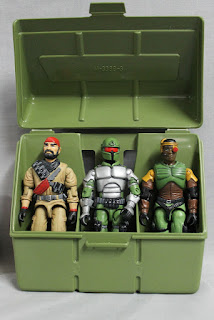 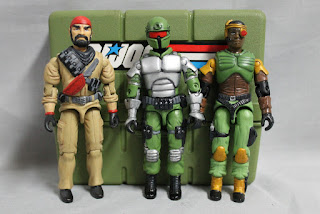 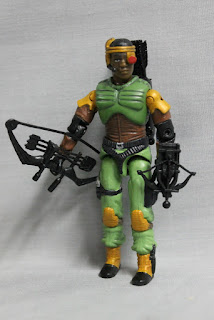 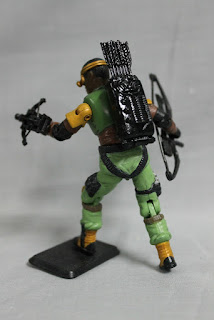 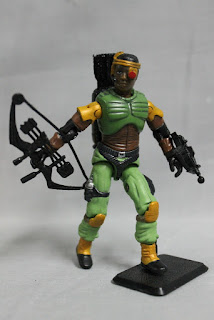 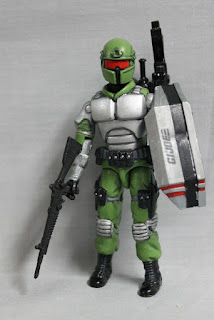 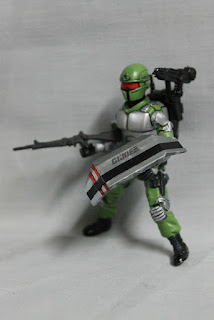 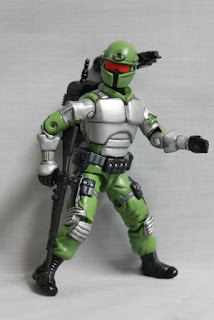 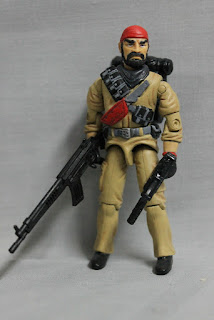 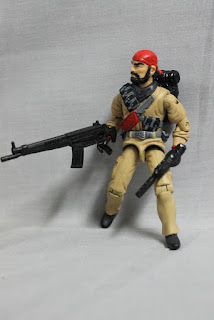 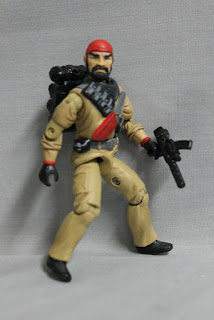 From the desk of: LIVEVIL

When I committed to doing this project, I wanted to take as few liberties as possible and stay true to their original designs as much as I can while giving them a unique makeover in ARAH form.

Eagle Eye is probably my most favorite character of the GI Joe: Resurgence project so far and it was fun making him into ARAH form. When I was making Eagle Eye, I had to take special care with the modifications to his torso, as Barricade's torso is known to crack and break if too much pressure is applied. I cut the top half of a Marauder Task Force tactical helmet off and scratch-built the face shield with epoxy putty for his head.

I pretty much had all the parts I wanted to build Sun Devil except that the head I originally wanted to use ultimately didn't work out in my formula when I put the parts together and getting the right head for him took me longer than I had expected. The Dynamite head from the 4" Sgt Savage line worked out so much better than I had expected and it's modifications ended up being rather minor than what I had originally planned.

When I was deciding between which figures to do for this project, Upshot was a top choice. Upshot is a fun character and I really liked his specialty and design and knew he would easily translate well in ARAH form without too many complications.

Tomorrow is our last day, and we will have some behind the scenes pictures and WIPs going all the way back to Resurgence part 1!