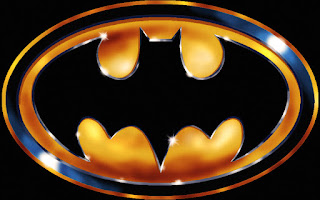 In 1989, Batman returned to the mainstream for the first time since the 60’s. After the 1960’s campy TV series ended, the ‘70s had seen iconic comic book series like ‘’The Killing Joke’’ and the Dark Knight Returns’’ that brought Batman back to his darker roots. These were the spring board that allowed Tim Burton to release the famous ‘’Batman’’ 1989. The film featured an all-star cast and is now credited for launching the comic book movie genre.

It's June 23rd, 1989, and I'm walking to the movie theater in Mesa, AZ. It's already 85 degrees out, and it's about 9 in the morning. The summer before I start 6th grade. Alongside me, my best friend Jay. We reach the theater, pull out some dollar bills and lots of change in plastic baggies, get some buttery popcorn, and sit down for for the 10:30am show.

And I'm mesmerized the entire time.

This is Batman to me. Outside of a handful of comics and love of action figures, this is the big push that got me into drawing, collecting comics for years, and helped cement my grip on being geeky while so many other kids "grew up" and got into sports. There's been really good Batman movies since, and really bad Batman movies. But this movie, for all it's flaws, is my Batman movie. So ingrained in my nostalgia section of the brain, that when I walk into a theater and smell buttered popcorn almost 30 years later, this day and film pops into my mind. I still hum the instrumental soundtrack when I'm bored.
Last fall, I'm sitting on the back porch. There's a Junior High a couple streets away. On nights there is a football game, I can hear the P.A. and the lights sometimes illuminate my backyard. On that night, as I'm sitting there, I hear the band start playing instrumentals from Batman '89. I was so excited, I told my wife, who was like "...ok?"

Some people just don't get it.

On the custom, I tried to replicate the movie look the best I could. The head and neck just didn't look right, until I realized it looked better with the neck and cowl as one piece. The real thing couldn't turn his head either. Props to Oreobuilder, who took the time to fix the neck. A fun note, for those that didn't know: All of my figures are usually mailed to Canada and Oreobuilder takes the pictures for the projects. On Batman here, the neck area formed a crack where I had molded them together, and he went about and fixed it for the project. It was noticeable enough to me in his first batch of pics that I was going to ask him to hold the figure back if he was unable to fix it.
OB: Awesome. 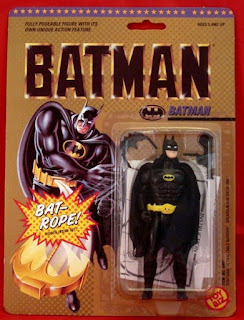 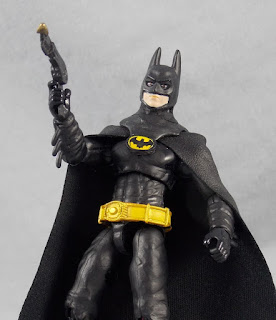 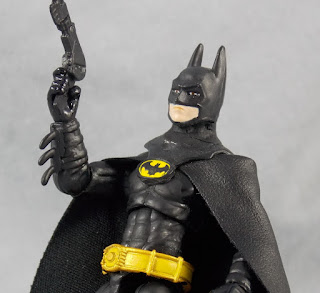 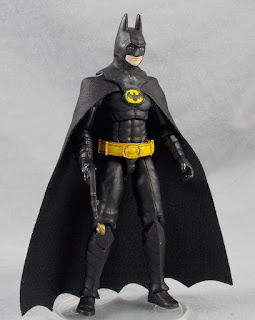 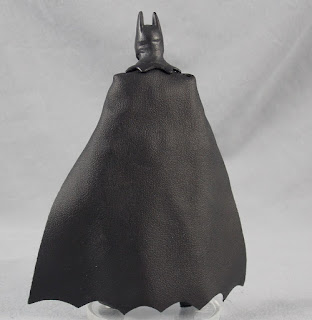 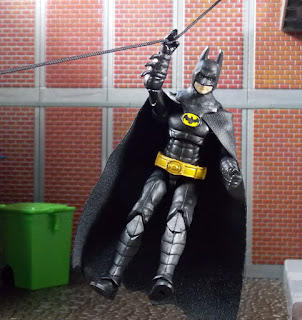 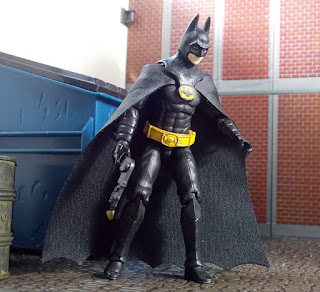 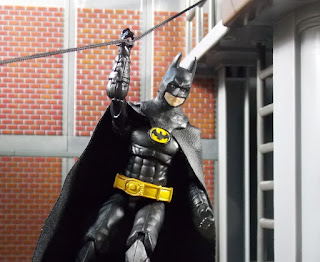 
Next: Oreobuilder has customs ‘’Small in Size, Big on Adventures’’