These are a few ''Lazy Bastard Customs'' (LBCs) - emphasis on the ''Lazy''- that I have put together recently.

First up is Chuckles. Using 50th Shipwreck as a base, this is a simple head swap. I was going for a more realistic CID type with this, so I decided to forgo the Hawaiian shirt. 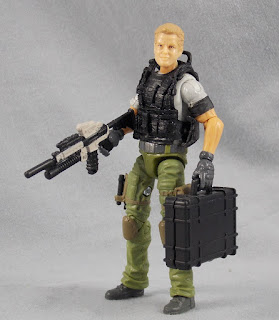 Using the same base figure, I tweaked 50th Shipwreck. It is a shame, in my opinion, to cover up the ''Navy'' logo on the shirt, so I swapped out the tactical vest for the 25th Anniversary satchel. As a bonus, it gives Polly a better spot to perch. 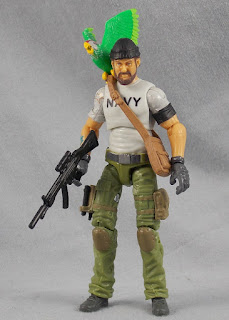 Playing around with all the Marauder Task Force figures that I received from the Kickstarter campaign, I slapped together a Cobra Trooper. This has been done many times by others, but I wanted to give it a try for myself. It will do for now, but I am still experimenting with the MTF figure, so this trooper may end up donating some parts to another project down the road. 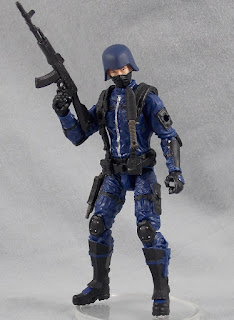 Lastly, I had some spare Shock Trooper parts as well as a spare Steel Brigade Delta body, so I combined them. Now I have a green Shock Trooper. I'm not sure what I will use him for yet. Maybe he's an officer of some kind or a private military contractor hired by Cobra or part of a special security response team stationed at Extensive Enterprises... 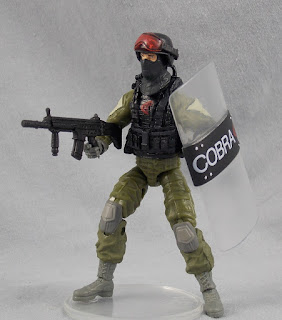 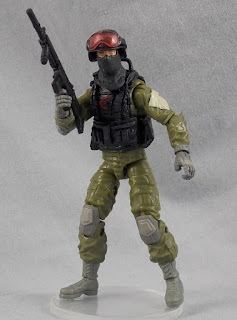 Tomorrow, I'll post details of a mini-project that I have working on for a while and that I will be posting over the next few Fridays. So, stay tuned.