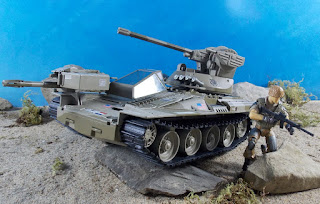 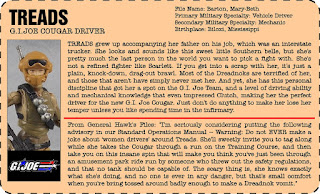 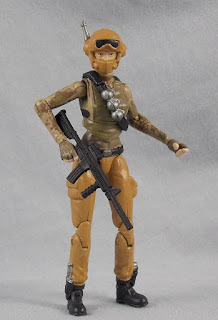 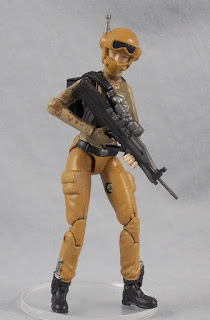 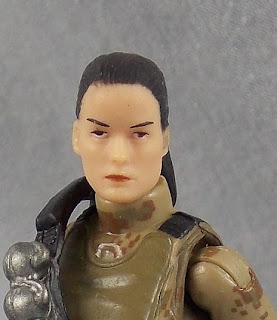 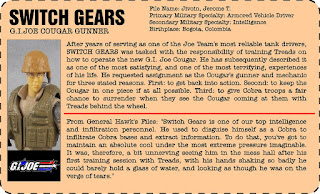 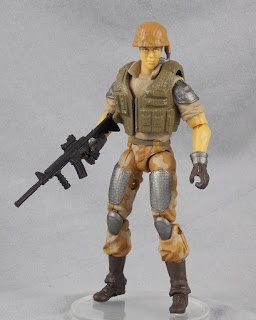 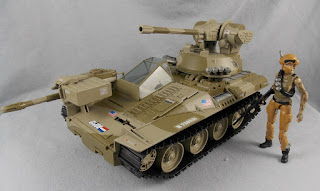 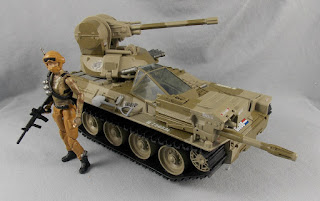 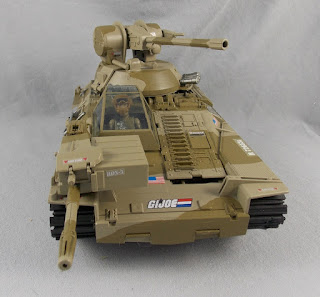 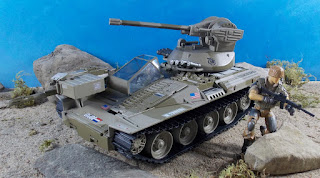 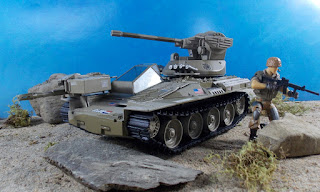 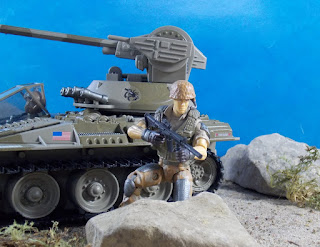 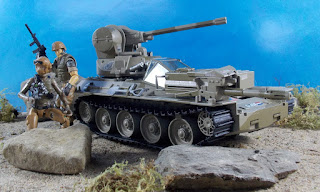 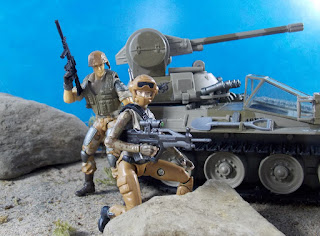 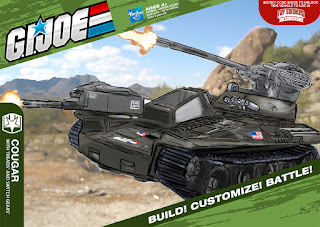 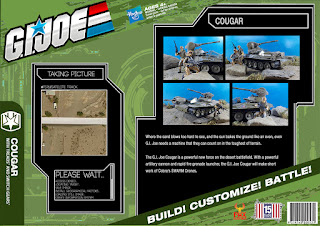 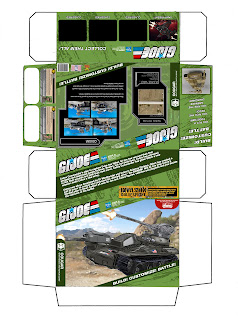 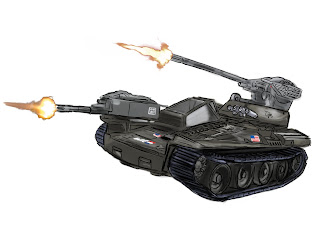 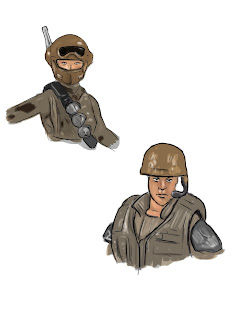 From the desk of Oreobuilder:
I love tanks. In 50 years, GI Joe has had surprisingly few of them. It would be great if big H introduced more tanks and other tracked vehicles (that are not a HISS or a Snowcat) into the line. For that reason, I wanted to create a new tracked vehicle. I had an old Wolverine base to start with. First thing I did was swap out the missile launchers in favor of a cannon. After that, I wanted to give the driver some added protection and lastly, I added the forward grenade launcher just for wacky fun. Bonus: it fits on the Orca for amphibious deployment.

Switch Gears was made at the tail end of our Project New Sculpt this year. Bucky made a great regular version of the character. When I was looking for a tank driver for the Cougar, I thought it would be fun to do the Desert Patrol Squad version as a nod to the Valor vs Venom figure. During the course of the project, I toyed with replacing him for something different. He was in the line-up, then out of the line-up, then in again. Finally, I decided that the Cougar could include two figures and went with it.

Treads came about for a few reasons. First, Switch Gears was done early in the project. After a while, I started thinking that I wanted a new character to drive the Cougar rather than an existing one. Since we had few females in the line, I went in that direction. Also, the Cougar cockpit is a bit of a tight squeeze for modern figures. I did not want to scratch the paint of the driver when I put them in the seat, so I built Treads with a slighter build.