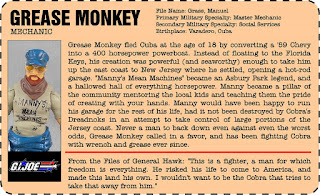 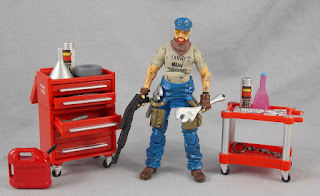 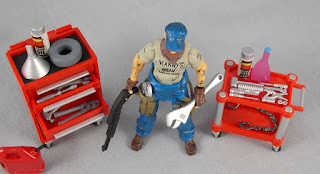 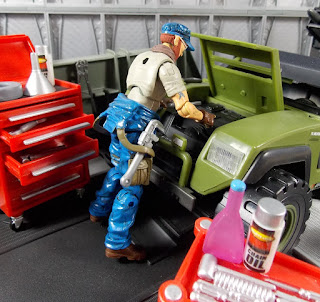 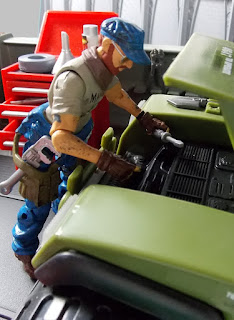 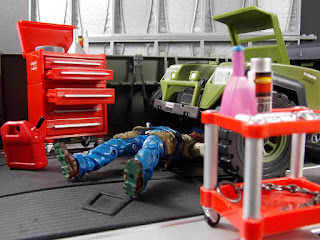 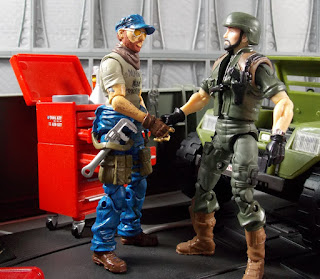 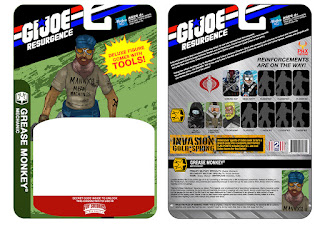 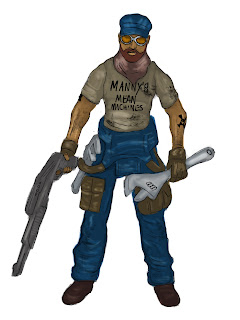 From the desk of Oreobuilder:
The idea for Grease Monkey started with the name. Although the Joe team already has a few mechanics, none of them have that as their main specialty. I wanted to create a character that was an honest-to-gosh stay-at-base mechanic. I started with a cast head that I had in my fodder box. Since his role was more civilian in nature, I opted for very basic parts – a t-shirt with overalls and I wanted to include lots of tools and accessories. For the colors, I started with green overalls, but changed them to blue to set him apart from his military colleagues.