From the desk of Oreobuilder:
In the early 2000s, the Club made the Steel Brigade an international security and peacekeeping force for their Convention set. This idea stuck with me and over the years, I’ve added a few Steel Brigade customs to my ranks.

I started from this idea: ‘’The Steel Brigade is a paramilitary team that follows GI Joe into SWARM infested areas. The Steel Brigade is responsible for mopping up SWARM stragglers, securing and holding areas, law enforcement, crowd control and insuring relief efforts for the affected populations.’’ I then set about creating team members that fit those roles. 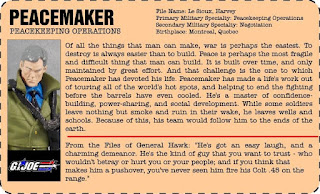 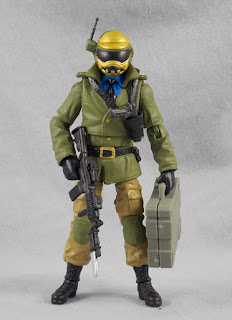 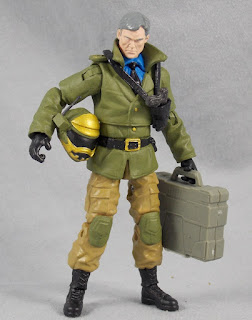 From the desk of Oreobuilder:
Peacemaker was the first member of the team that I created. Before starting on Resurgence 2, we brainstormed possible specialties that had never been done in GI Joe. One idea that came up was that of a diplomat/negotiator. For a Steel Brigade peacekeeping force, having a negotiator on the team would be important. He can meet with government officials and community leaders to insure that the Brigade can operate smoothly in conjunction with local authorities. Peacemaker can also bring different warring factions together at the bargaining table to hammer out ceasefires, treaties or agreements. 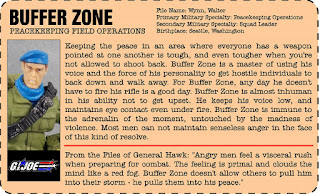 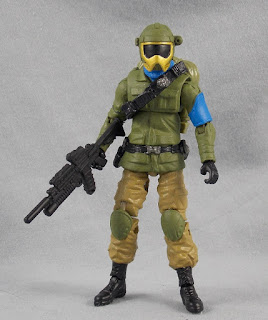 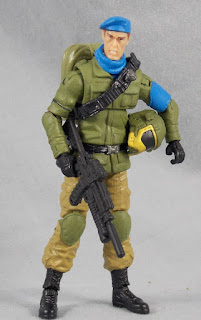 From the desk of Oreobuilder:
If Peacemaker is the dove, Buffer Zone is the hawk. He was the second member and the commander of the team. I tried to create a look that stayed true to the spirit of the original Steel Brigade figure. I gave him the traditional colors, kneepads, the bandolier and an SBD helmet. Of the five members of the team, I tried to make Buffer Zone the most realistic military. He has the least amount of blue, wears the heavy field jacket and has the most ‘’grounded’’ accessories. 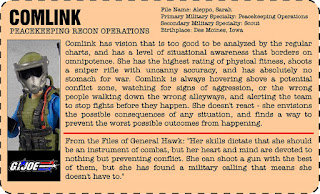 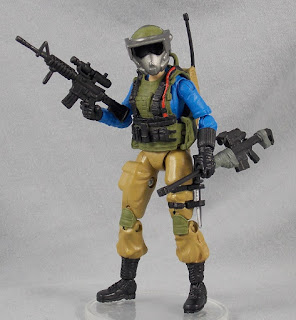 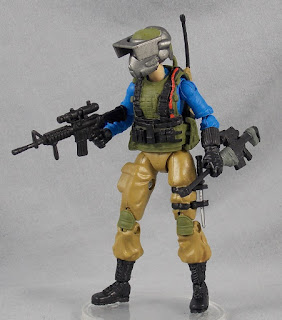 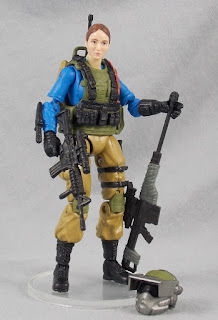 From the desk of Oreobuilder:
I worked on Comlink, Suture and Riot at the same time. I wanted to make them all unique, yet have similar features that would tie them all to a Steel Brigade squad. Comlink started out very differently. She was supposed to be a ‘’he’’ that specialized in Communications. After playing around with fodder, I decided the team needed a female member and changed her specialty to reconnaissance. I added the visor to the helmet to change it up and give it a bit of a Clone Wars feel. 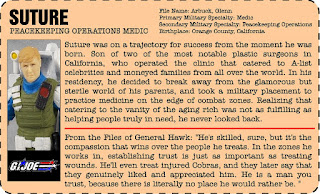 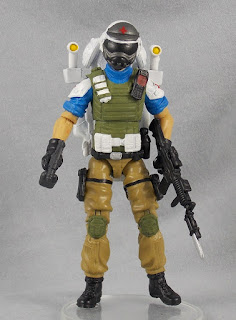 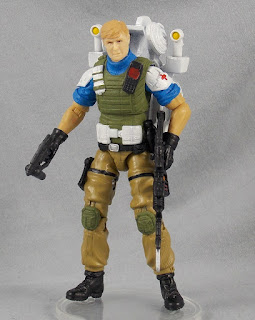 From the desk of Oreobuilder:
One of the roles of the Steel Brigade is to provide medical support and humanitarian relief. For this, I made up Suture, a doctor. I kept the recipe simple and tried to give him a lighter uniform that the rest of the team. For the color, I added the white to differentiate him even more. Finally, I kitbashed a rescue pack for him using a Retaliation Trooper backpack and other bits and pieces to complete the look. 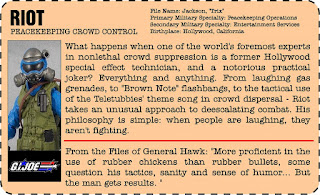 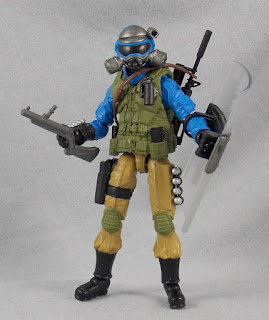 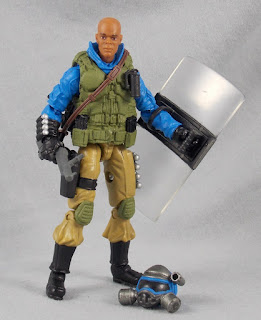 From the desk of Oreobuilder:
Riot started off with the helmet. I was playing around with fodder to modify the base Steel Brigade helmet to get different looks. After I glued the Retaliation Joe trooper’s gas mask to the helmet, I thought of making a crowd control specialist. I figured it would be a useful specialty in urban areas that had been destabilized by a SWARM invasion. 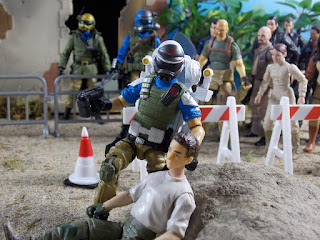 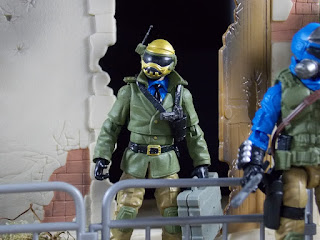 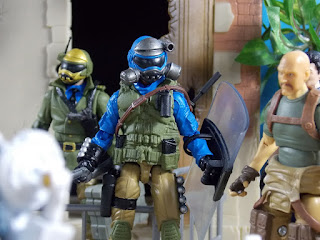 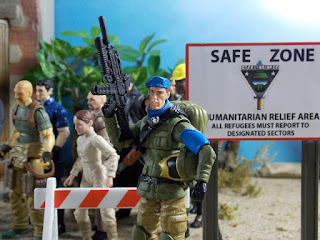 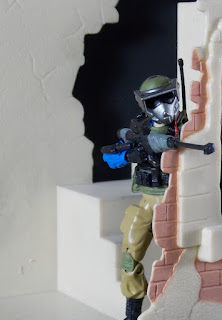 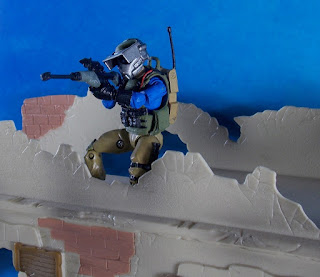 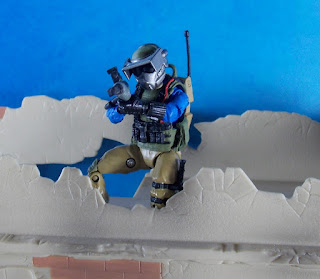 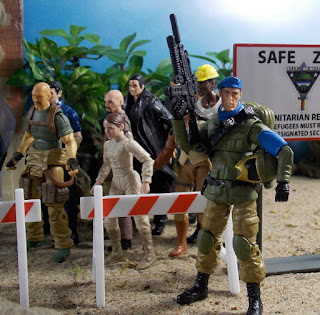 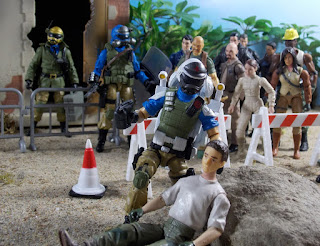 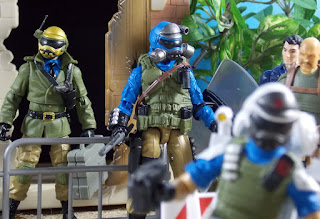 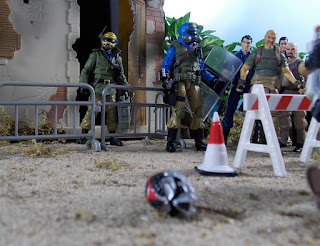