''Cobra Commander has hatched a new fiendish plan to take over the World! He has given Glitch a new mission: build Cobra a new army. Using new alloys developed by Dr Mindbender and Cobra’s Science Division, Glitch has created a suit of armor to control and command his ultimate army - the SWARM!'' 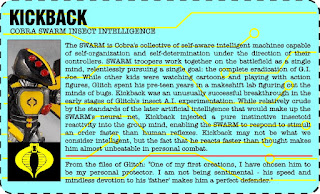 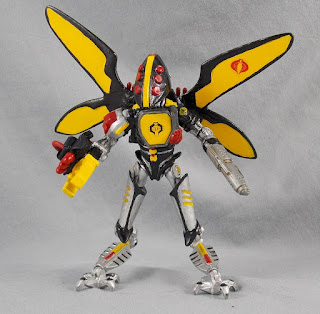 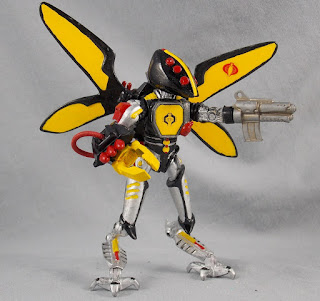 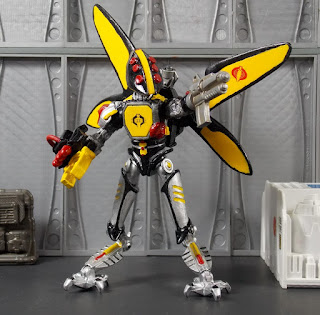 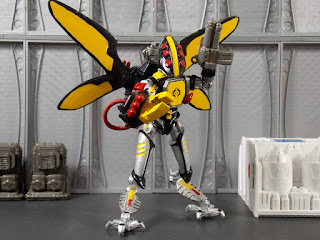 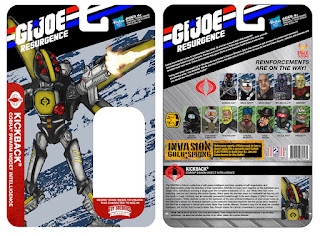 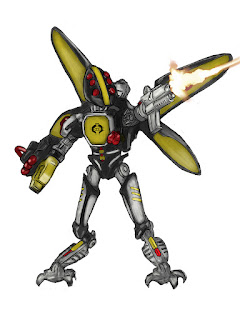 From the desk of Bucky:
I wanted to create a "named" character for the SWARM concept. All I had for a long time was an idea to do something with those Star Wars Robotic Legs. After tinkering around, I sanded down a BAT torso to fit flush and added the upper arms. The lower arms came a little later through Iron Man parts and random pieces laying around. The wings were acquired in the PIF box. I could not find anything that resembled an insectoid head, so decided to try to make one using the Data Viper helmet and the spacers that are in the leg joints of Modern Era joes. I was aiming for a bug look, with multiple eyes. The figure comes out looking pretty different, but I honestly can't decide if I like it or not. I don't do alot of non-human builds, that could be part of it.
Posted by Oreobuilder at 06:55