I've been on a bit of a Special Teams kick lately. Between Night Force week and 50 Shades of Blowtorch, I've rekindled my fascination for them.

One character was created specifically for the Tiger Force team: Skystriker. He was made up of Wild Weasel and Thunder parts and was released with the Tiger Rat.

Tiger Force was also released overseas and even saw the addition of new characters that were not available in North America. Airtight, or Ar Puro as he was known in Brazil, was actually released by the GI Joe club in their figure subscription service a couple of years of years ago. Since I never bought him, I made my own.

These customs are not revolutionary, but I have had them on my to-do pile for a while and it  feels good to finally get them done. 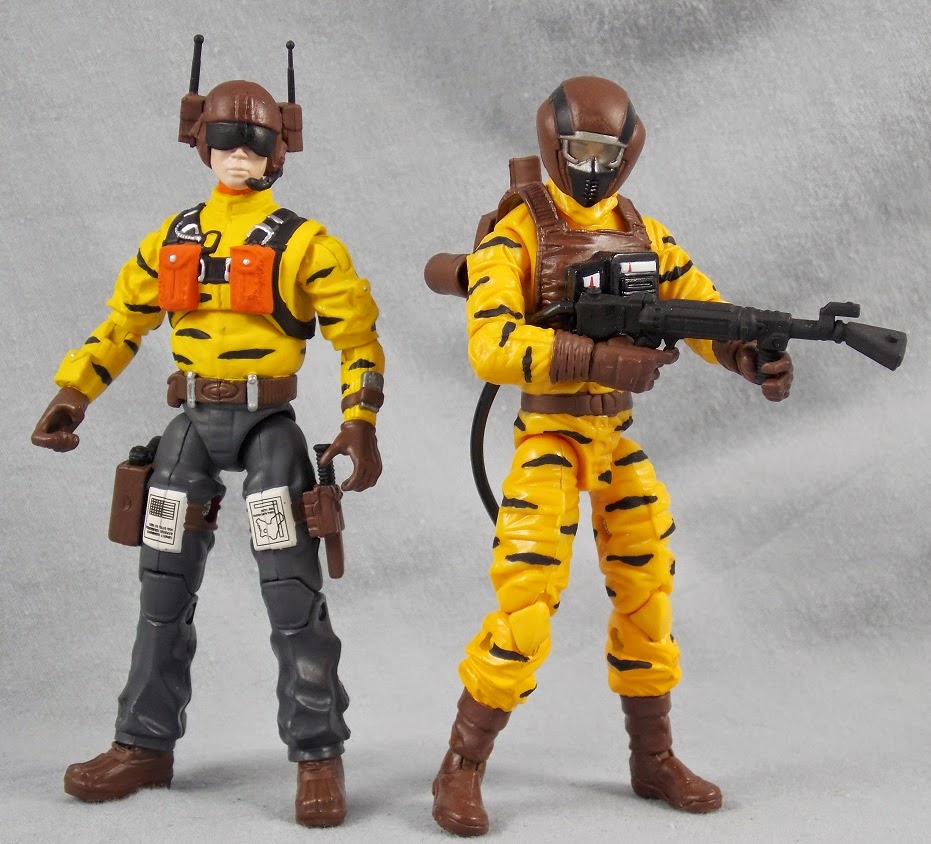