Spirit by Bucky
I like Spirit. I'm not a die hard Spirit fan by any means, but he's probably in my top ten. I hadn't realized it, but upon looking, I've done a Spirit custom every year since 2012. (Regular, air commando, and now Night Force).
I tried to go with a look that is easily copied, doing absolutely no modifications on the figure. It's just parts swapping and paint. I struggled with the webgear for a bit, until deciding on the Outback vest, giving him a unique look that isn't usually associated with Spirit. Getting the skin tones to match and keep the figure fully poseable wasn't going to be an option, so I went with the painted face route, which has been seen a couple times on some great customs. I'm very happy with how he turned out.

Airborne by Oreobuilder
Airborne was one of my first Joes and has remained a favorite of mine over the years. The Night Tomahawk was the first thing I wanted to do for this project (I had more than enough spares since the TRU clearance sale), so making a Night Force Airborne seemed like a natural fit. It was a good opportunity to update the recipe a bit with some modern parts and give the chopper a crew.

Night Terror w. Hot-Seat by Dusty79
This started out as just an idea to add some other Night Force vehicle to the lineup and I was all for it, but in a project like this, that turned out to be tougher than it sounds.  We didn't want to simply do a remake of a Night Force vehicle done by Hasbro and we wanted it to be something unique that Hasbro has not reissued multiple times.  Then you have to think about is the vehicle compatible with modern Joes and by the time you sort all that out it makes it pretty tough to find a vehicle that fits and I hit a few dead ends.  After combing through yojoe.com and much thought, Bucky and I decided on the Raider.  It is a vehicle that has plenty of space in the cockpit for modern figures, it has not been reissued, and it was never a Night Force vehicle.  The fact that it had a driver that had not been updated was a bonus. 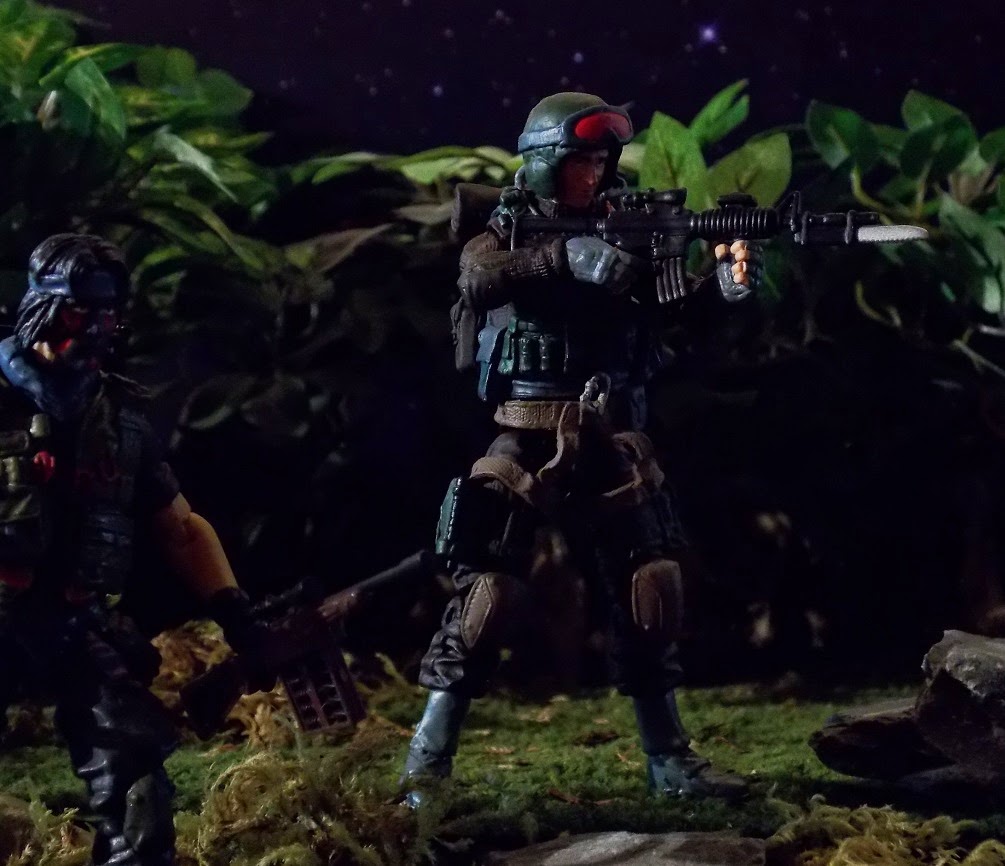 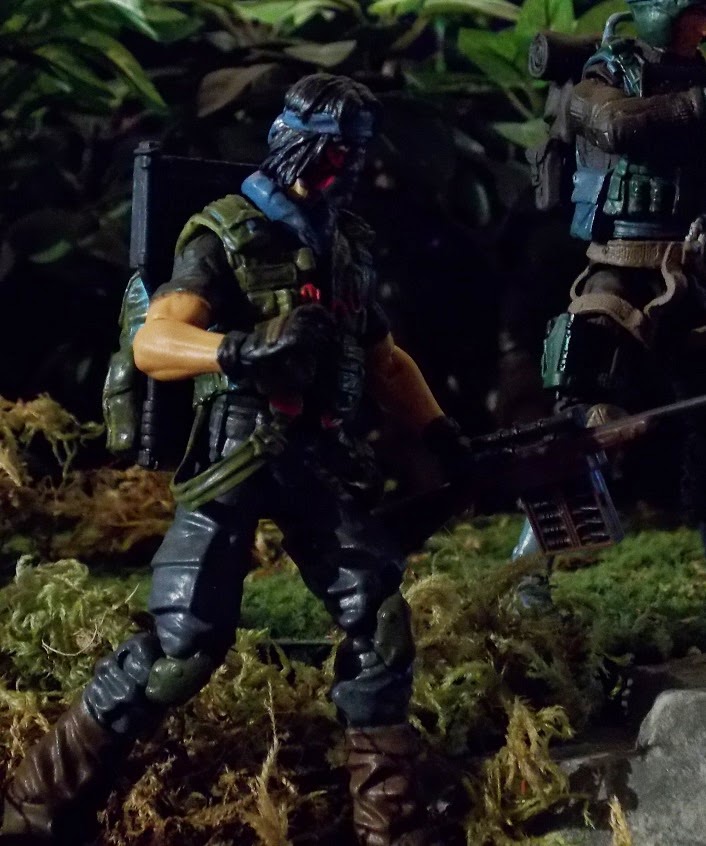 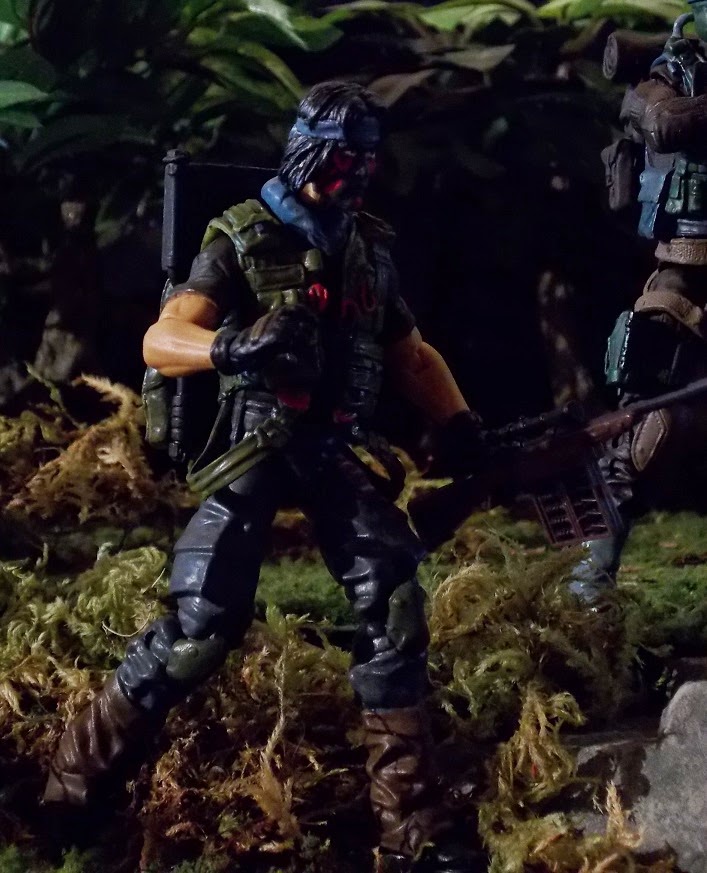 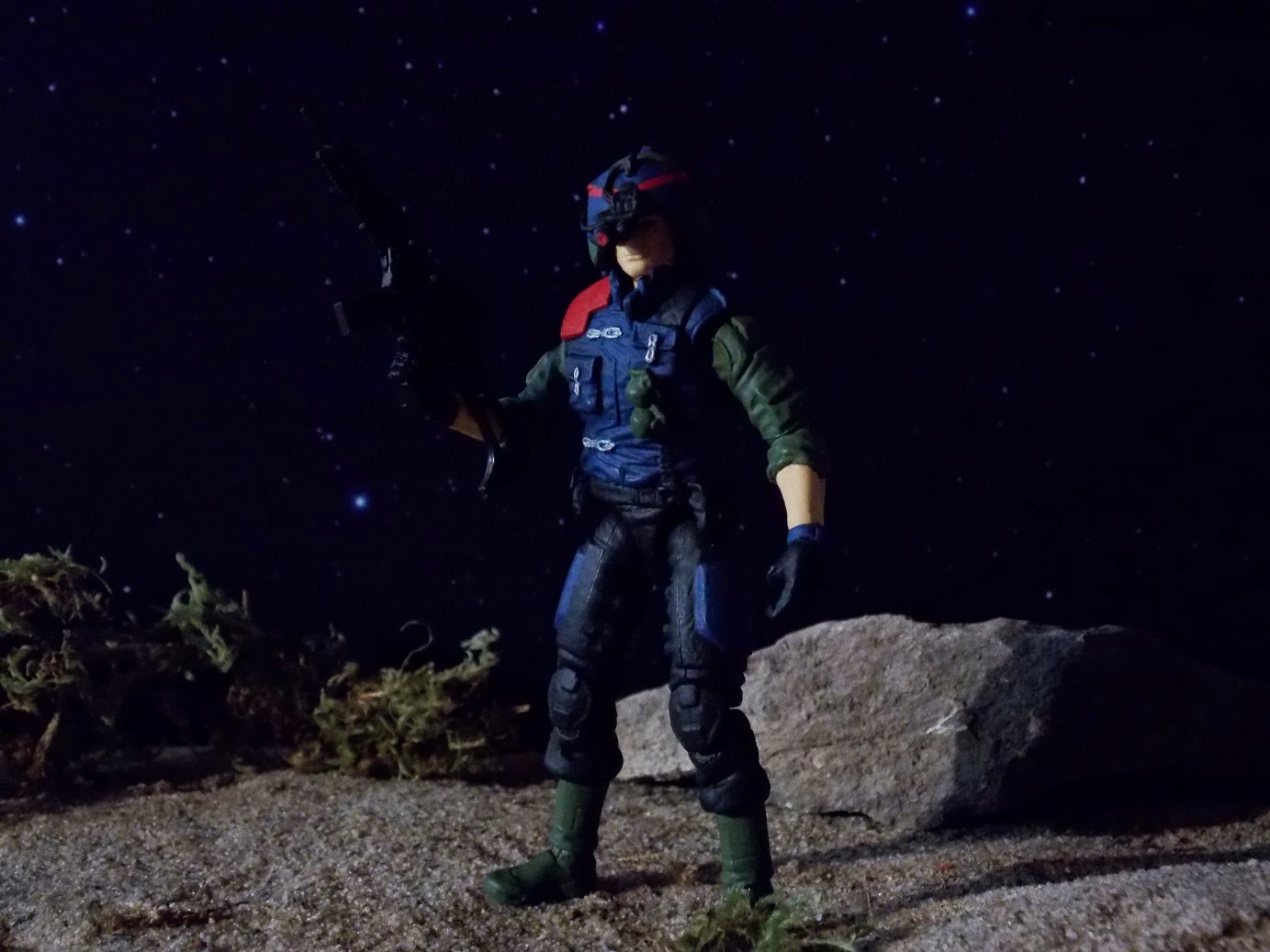 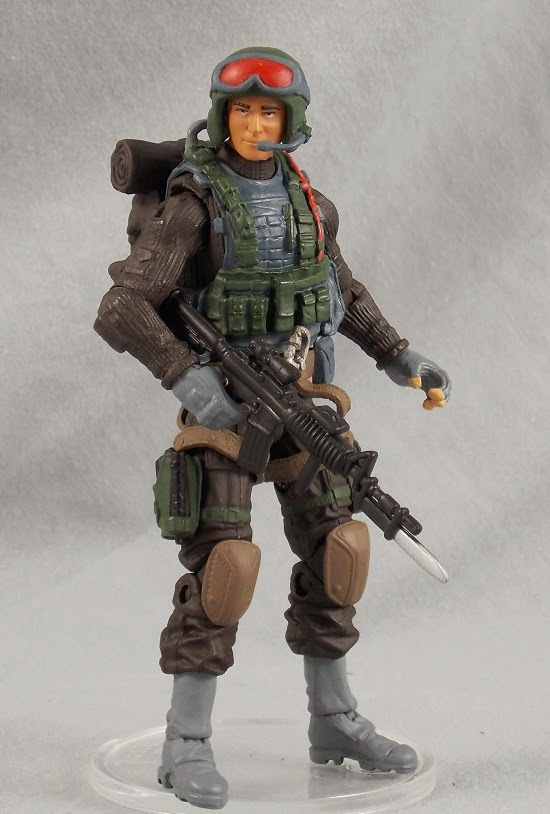 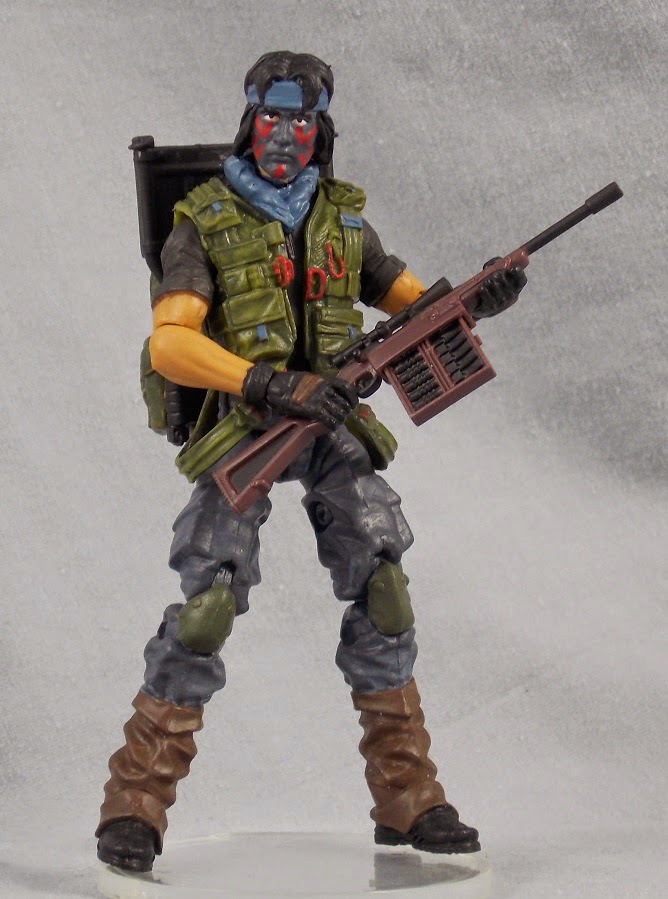 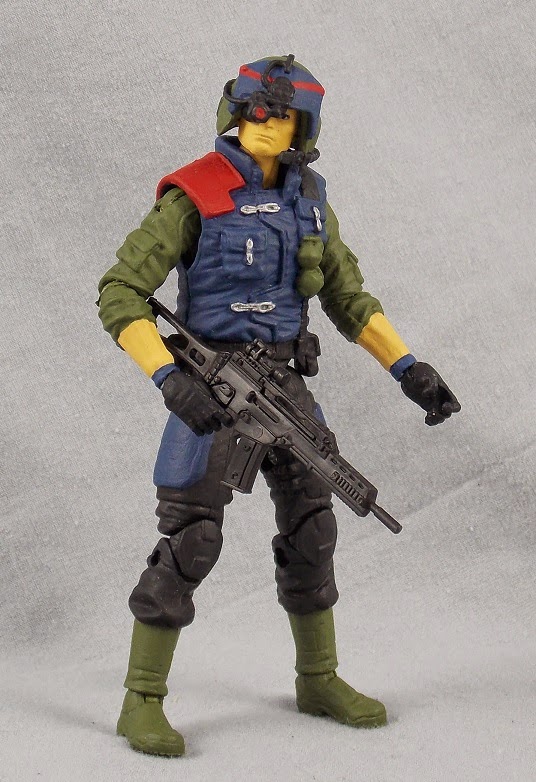 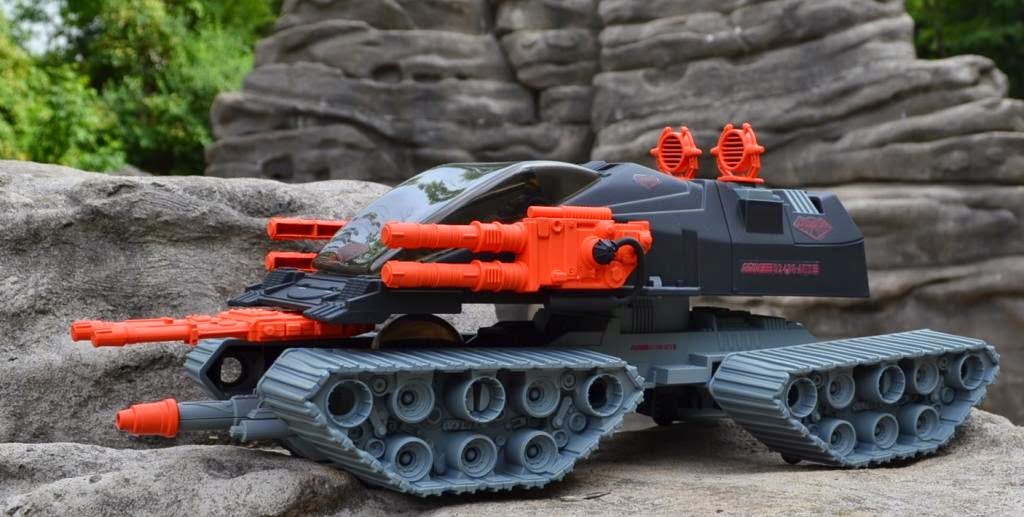 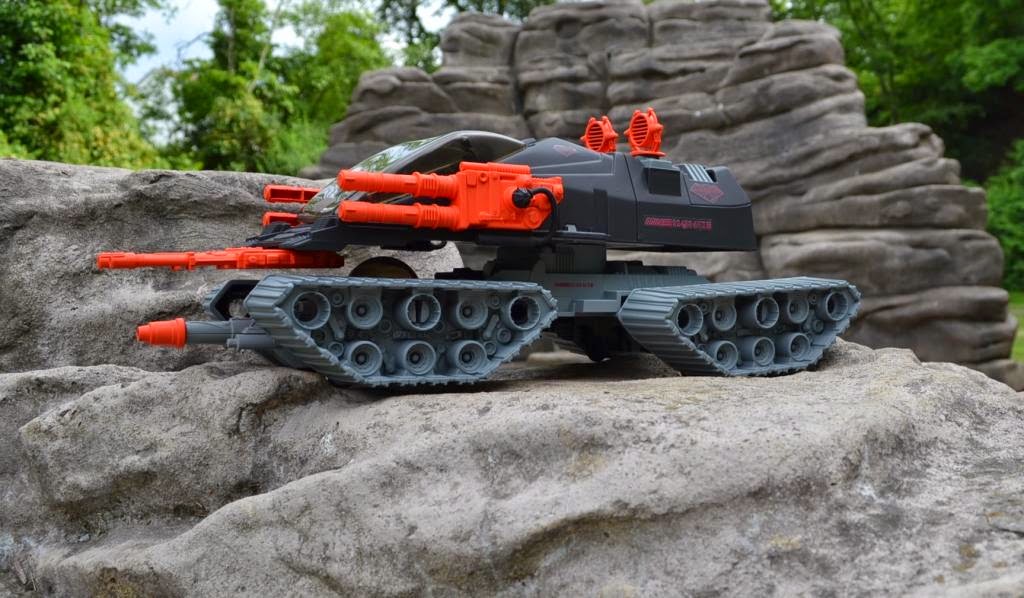 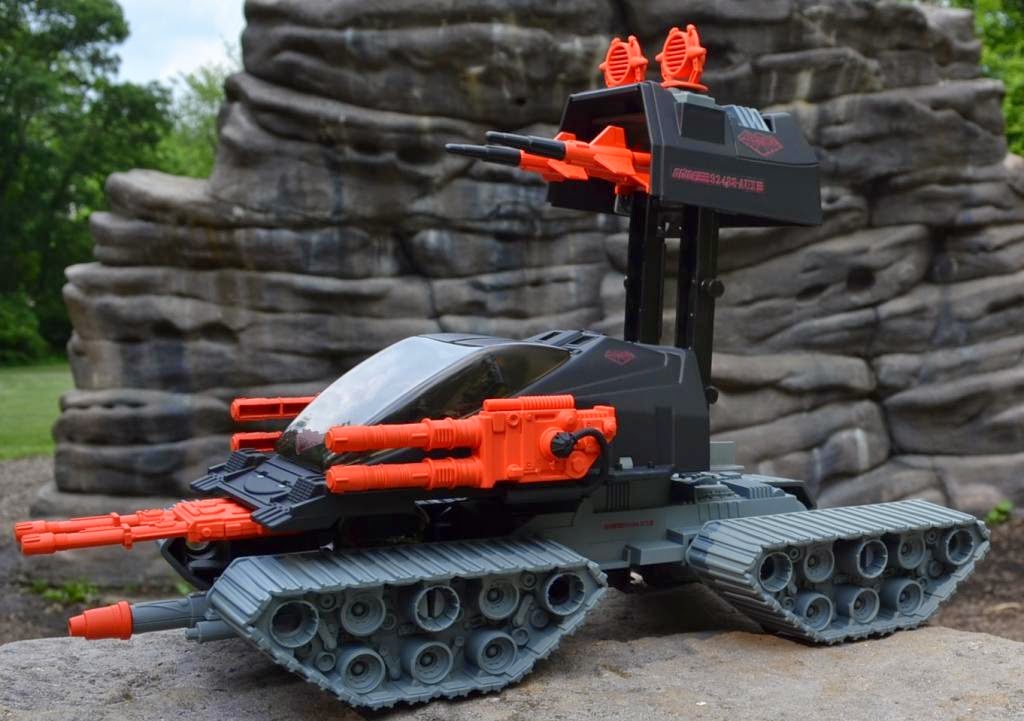 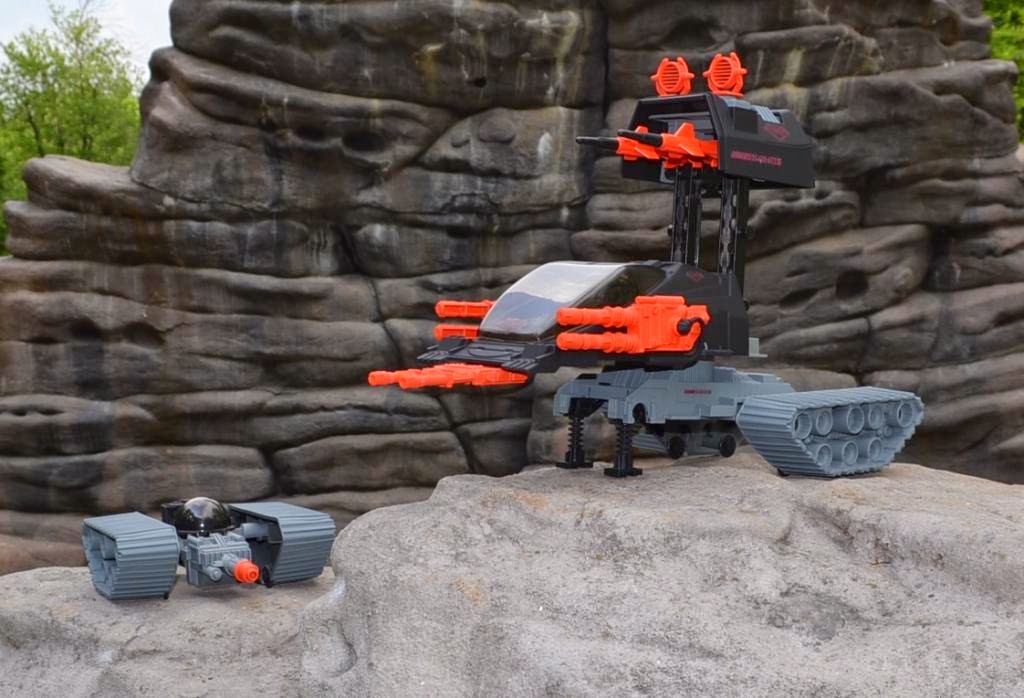 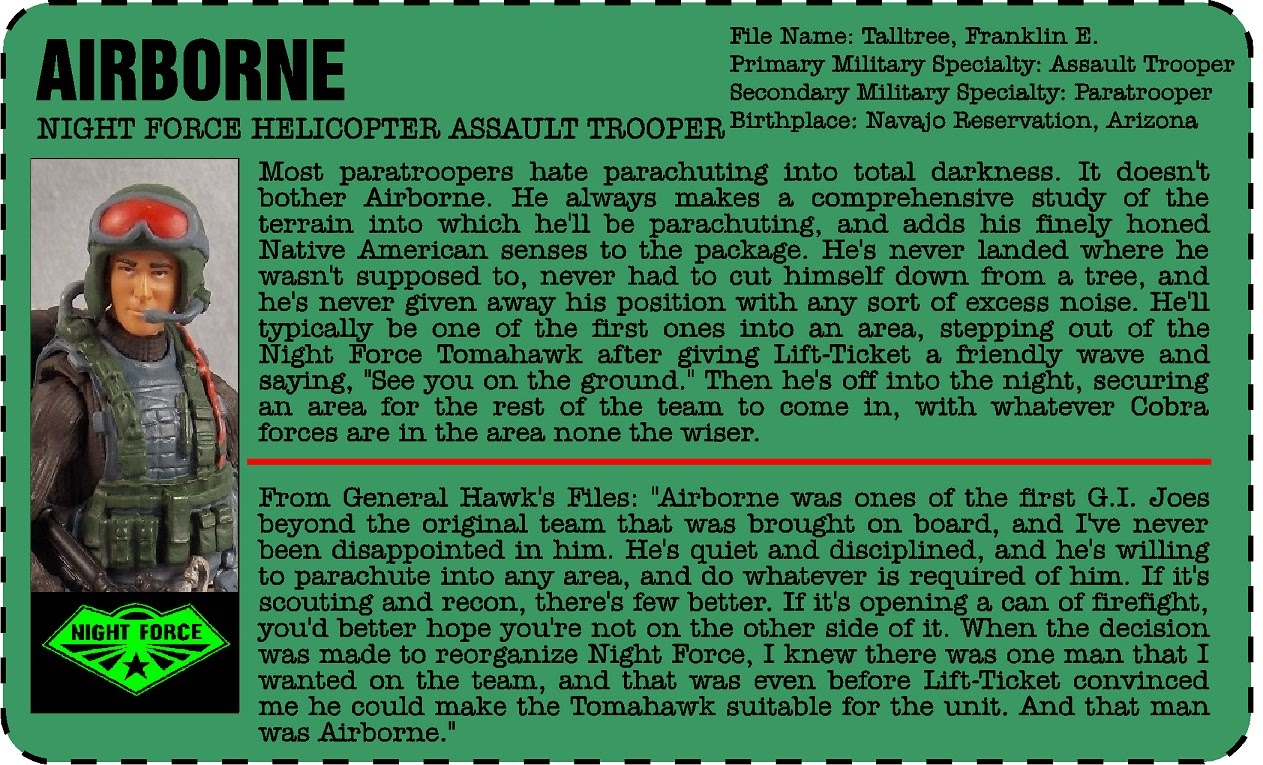 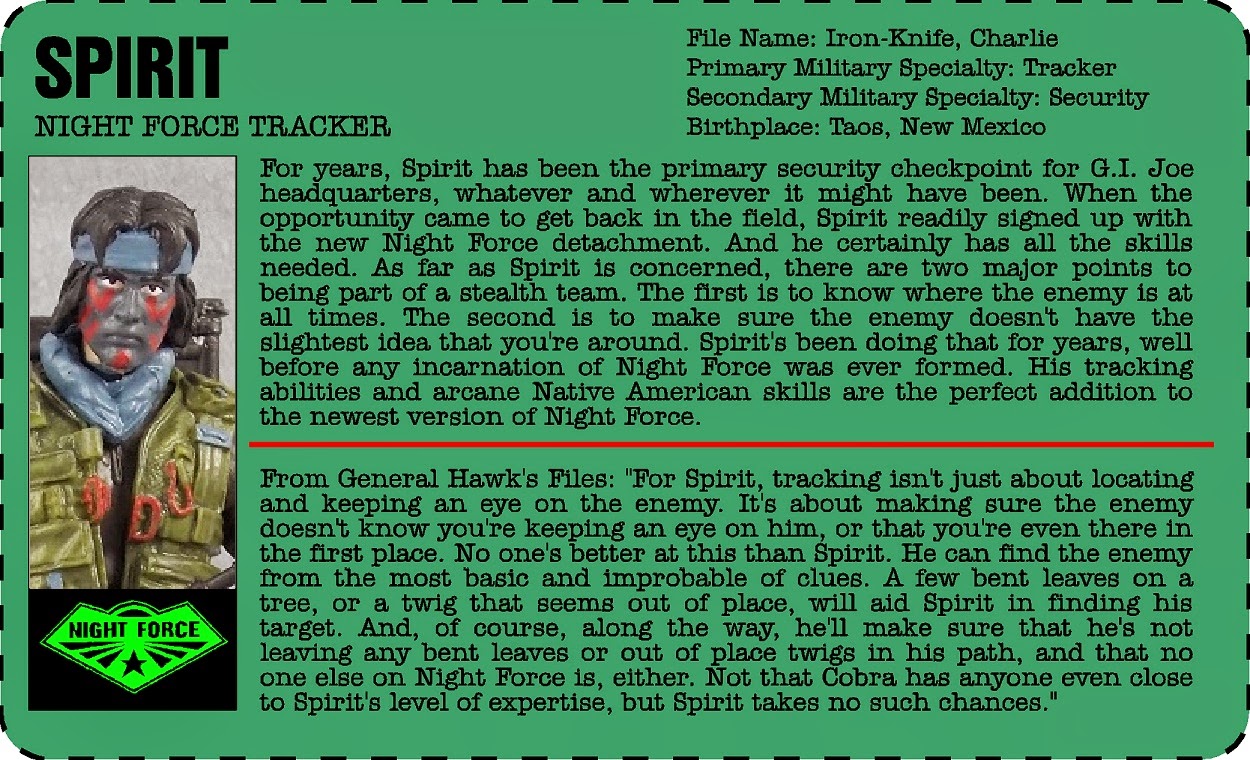 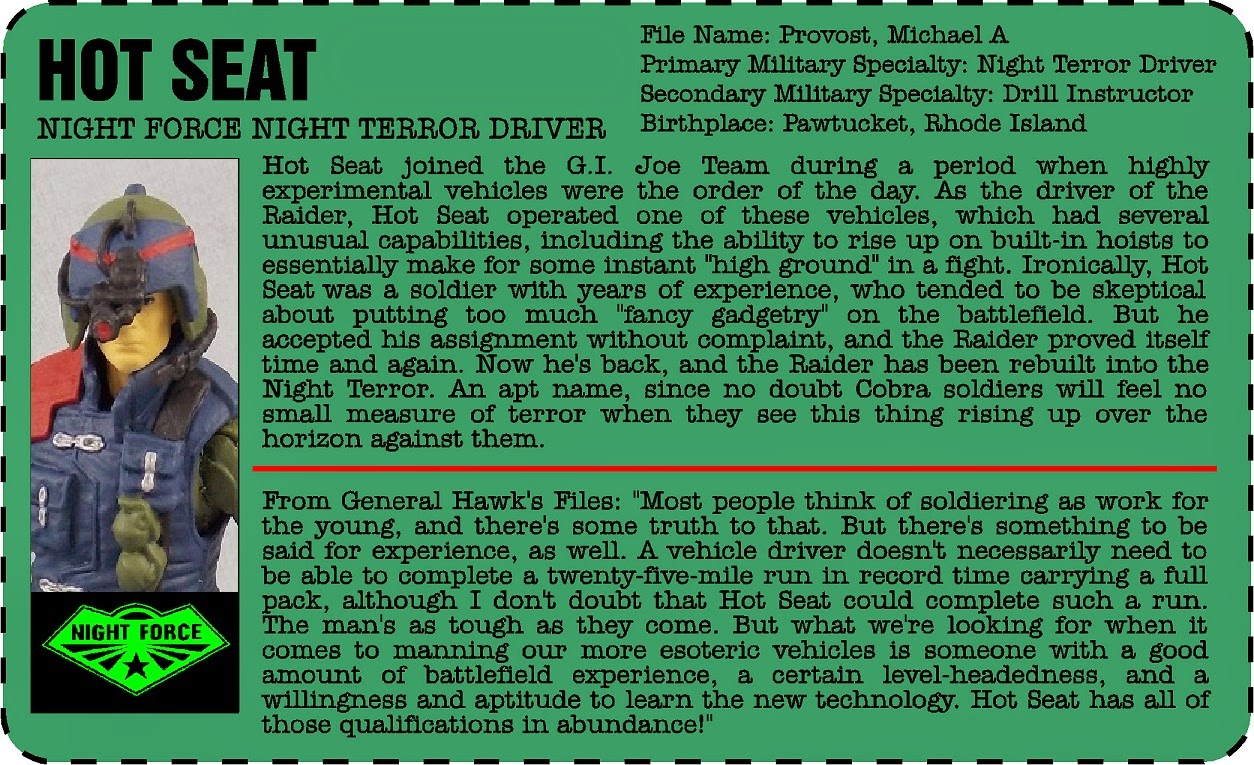 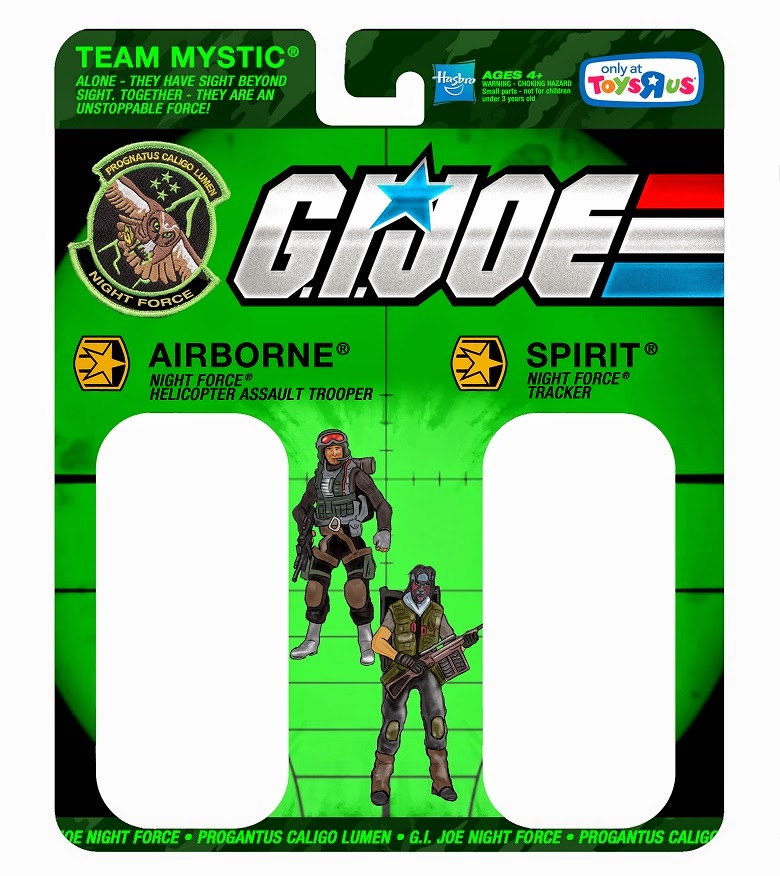 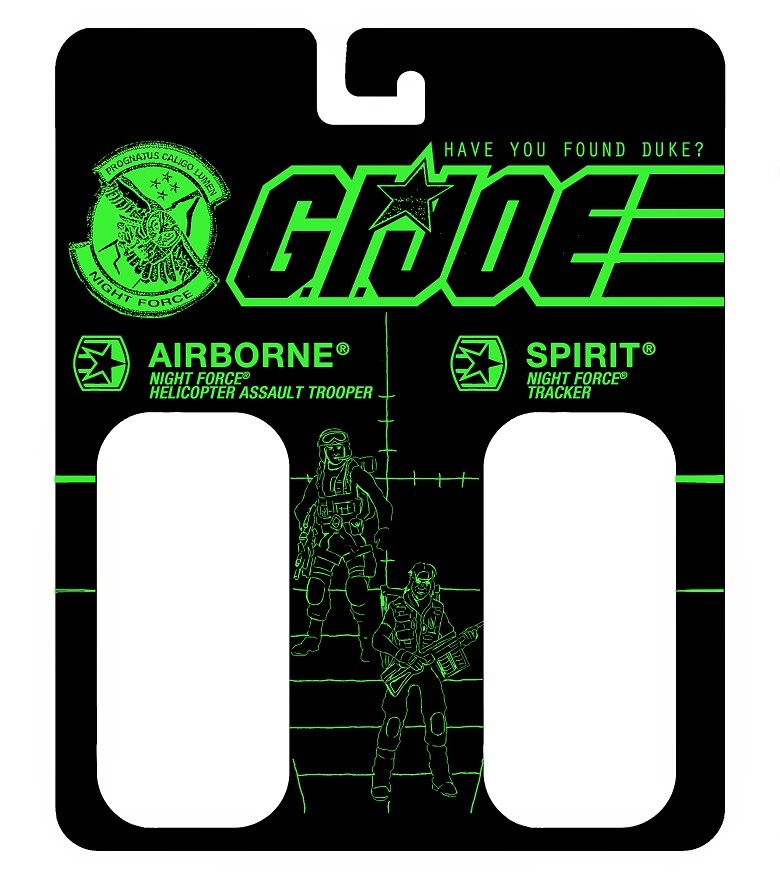 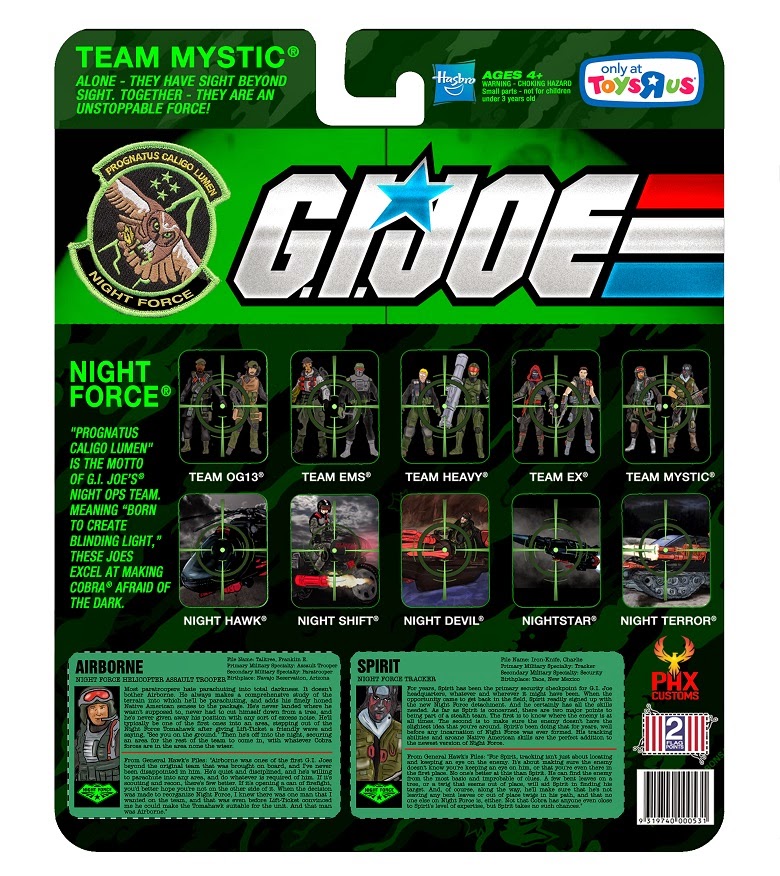 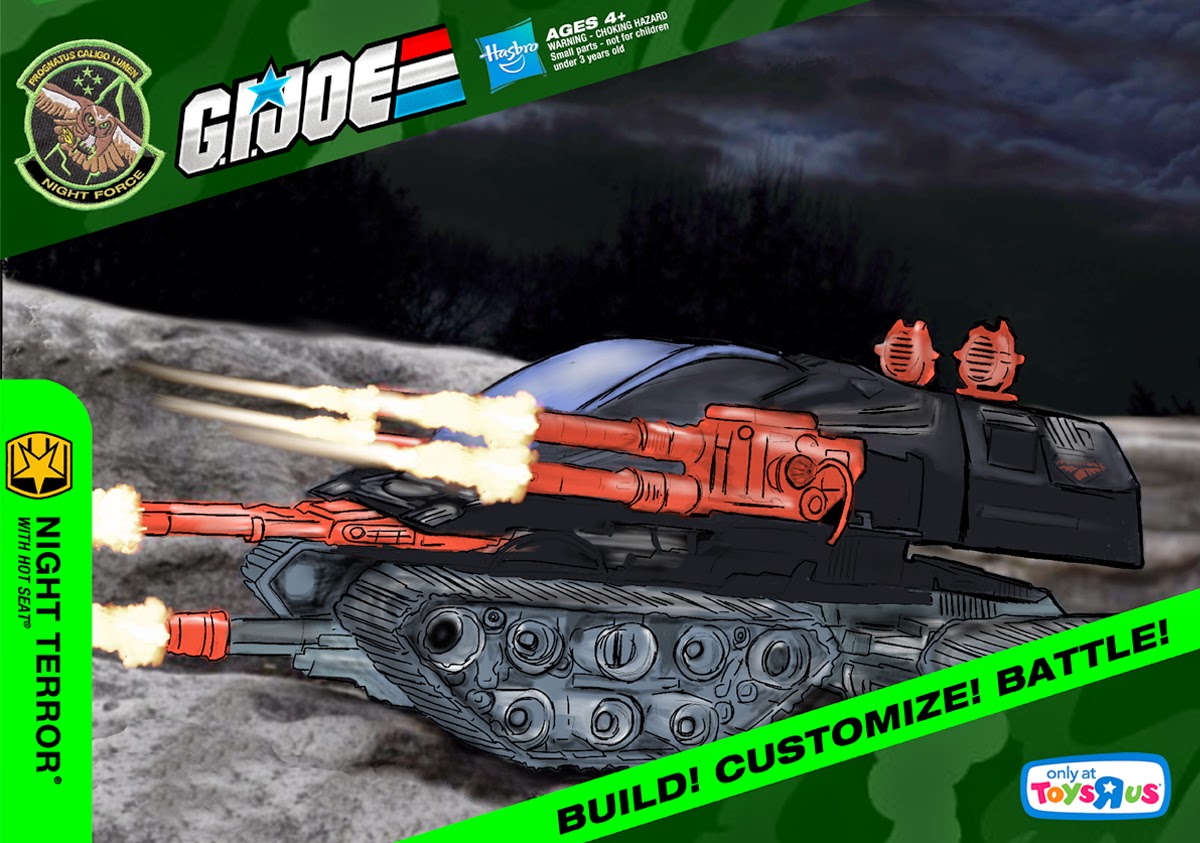 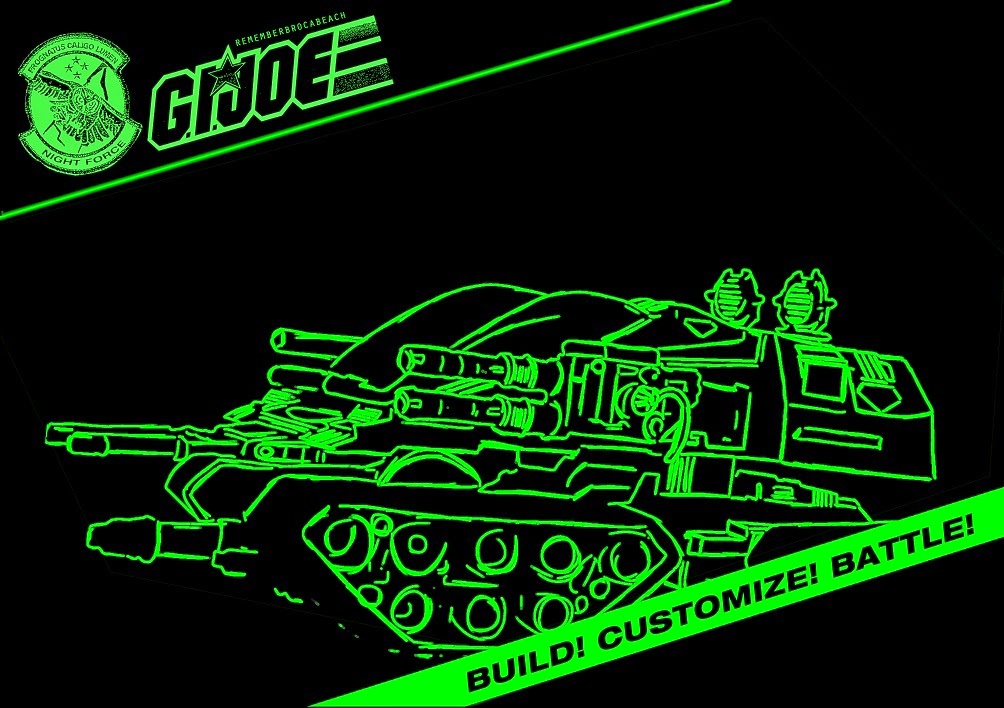 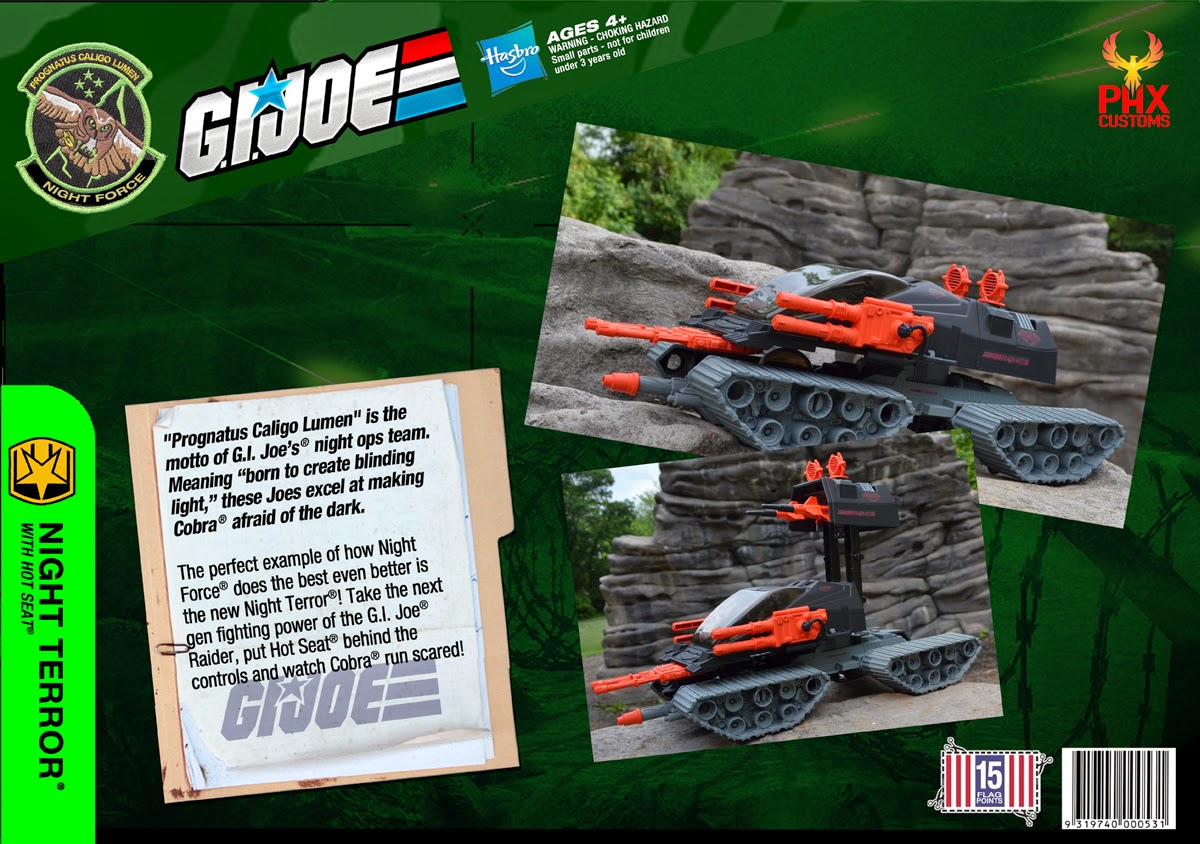