Operation: Rescue Duke!
Cobra has captured GI Joe’s first sergeant and is holding him in a super secret base somewhere in the World. Hawk has deployed the GI Joe team to scour the continents and bring Duke home. Now, you can help Hawk and the GI Joe team. Collect flag points from specially marked GI Joe products, redeem them to receive these special offers and help Rescue Duke! 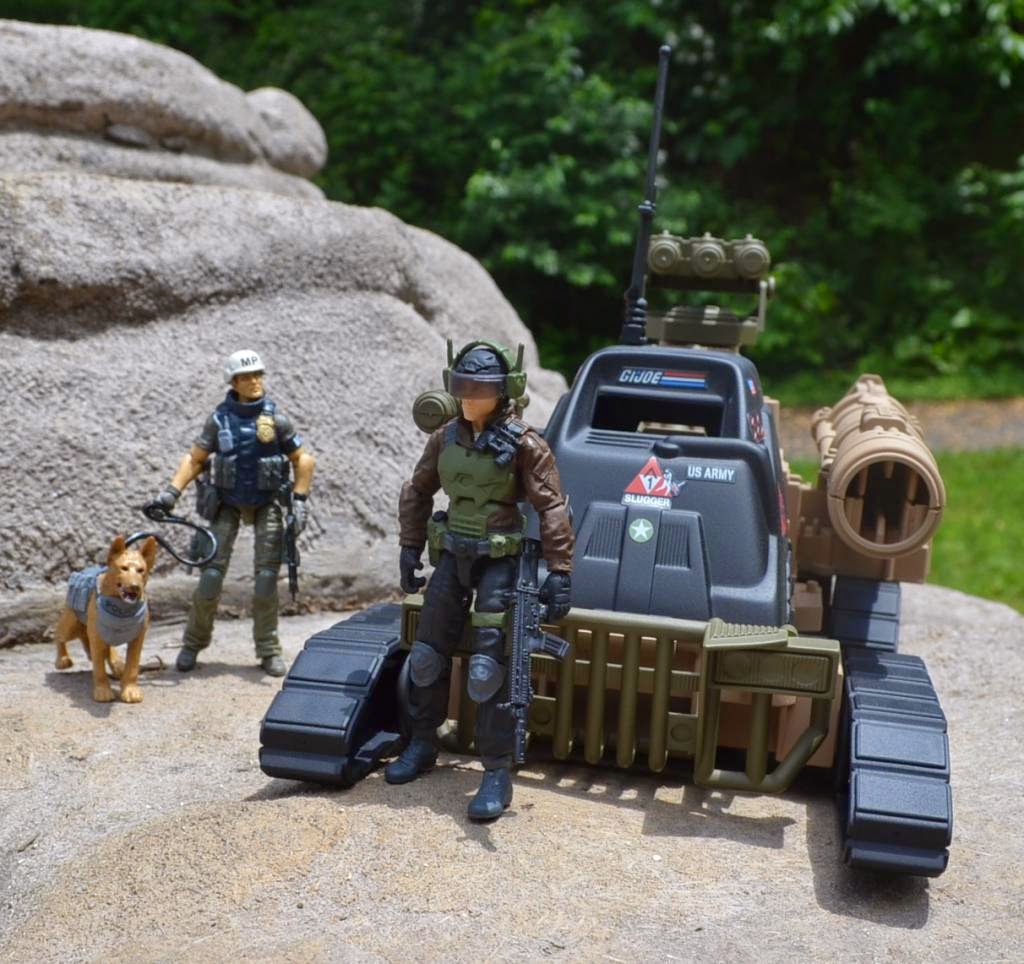 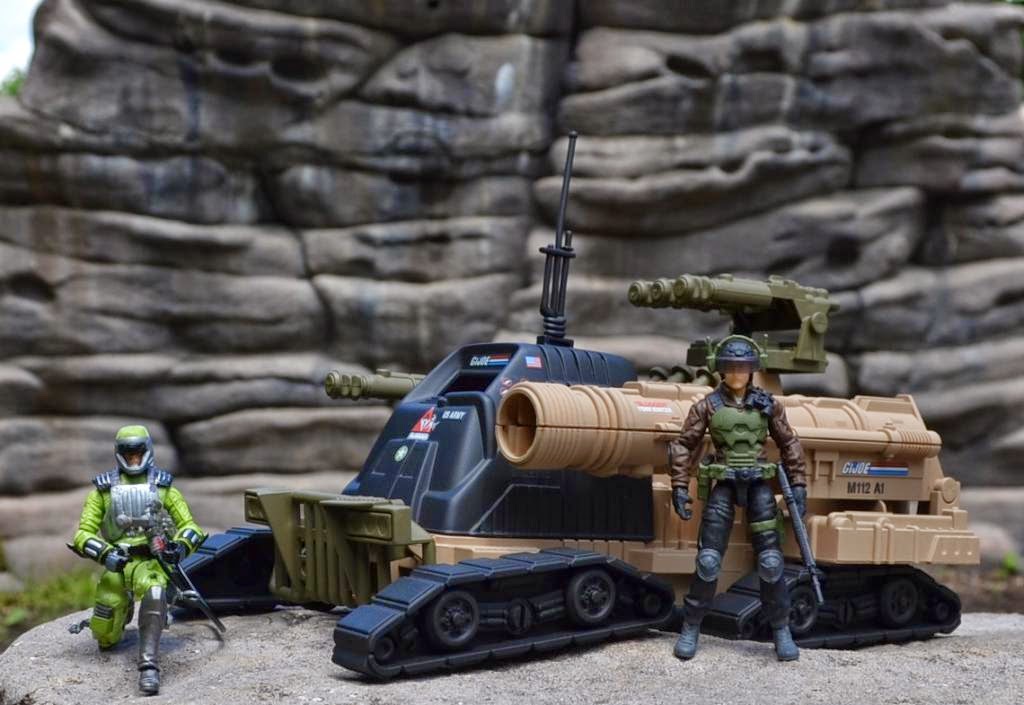 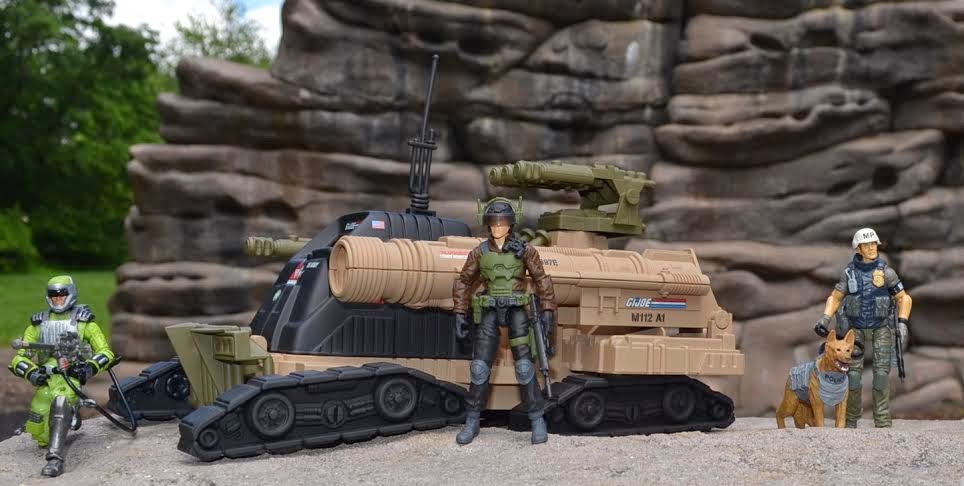 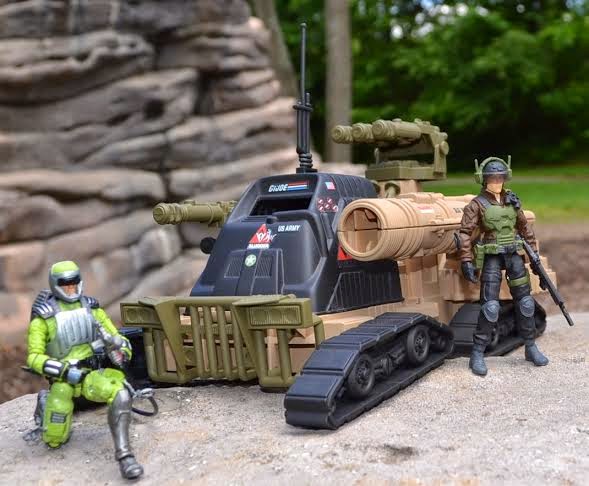 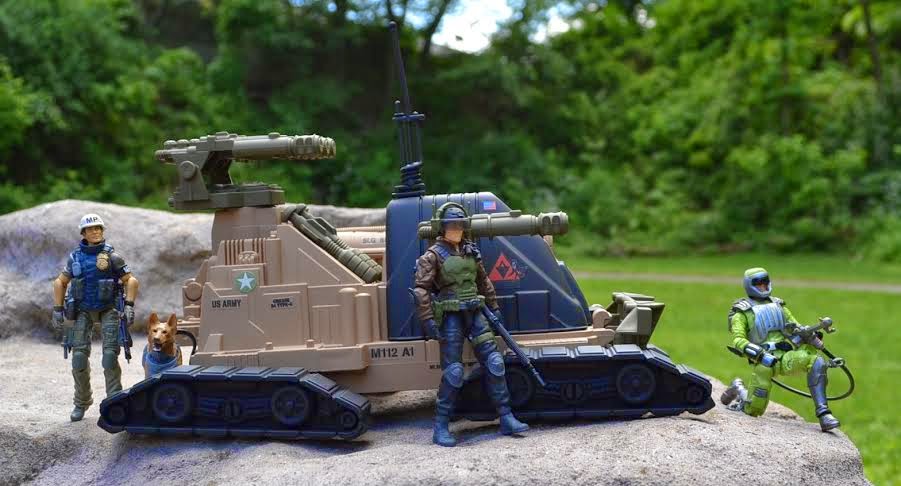 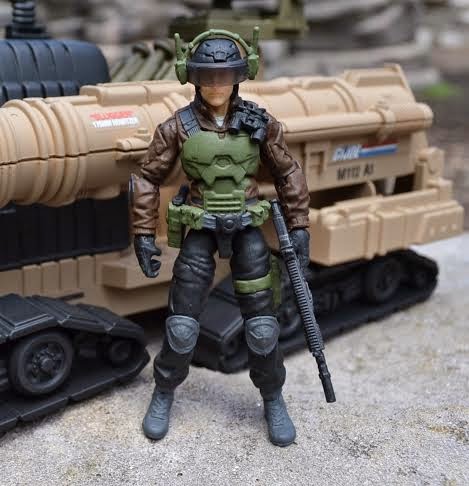 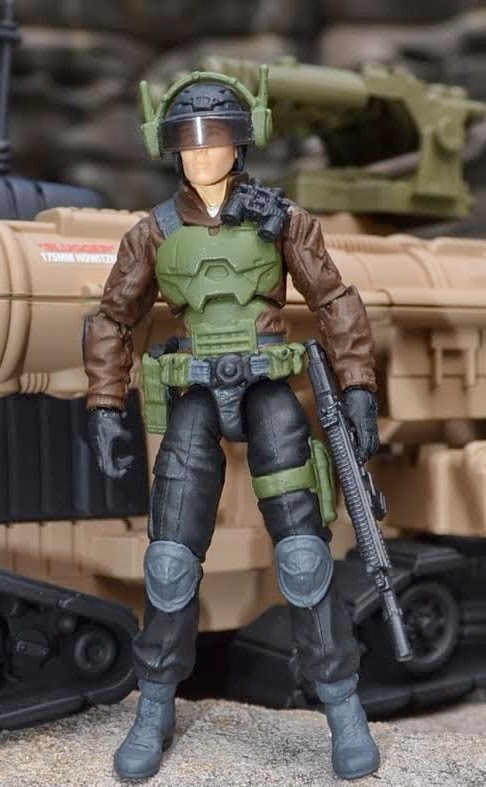 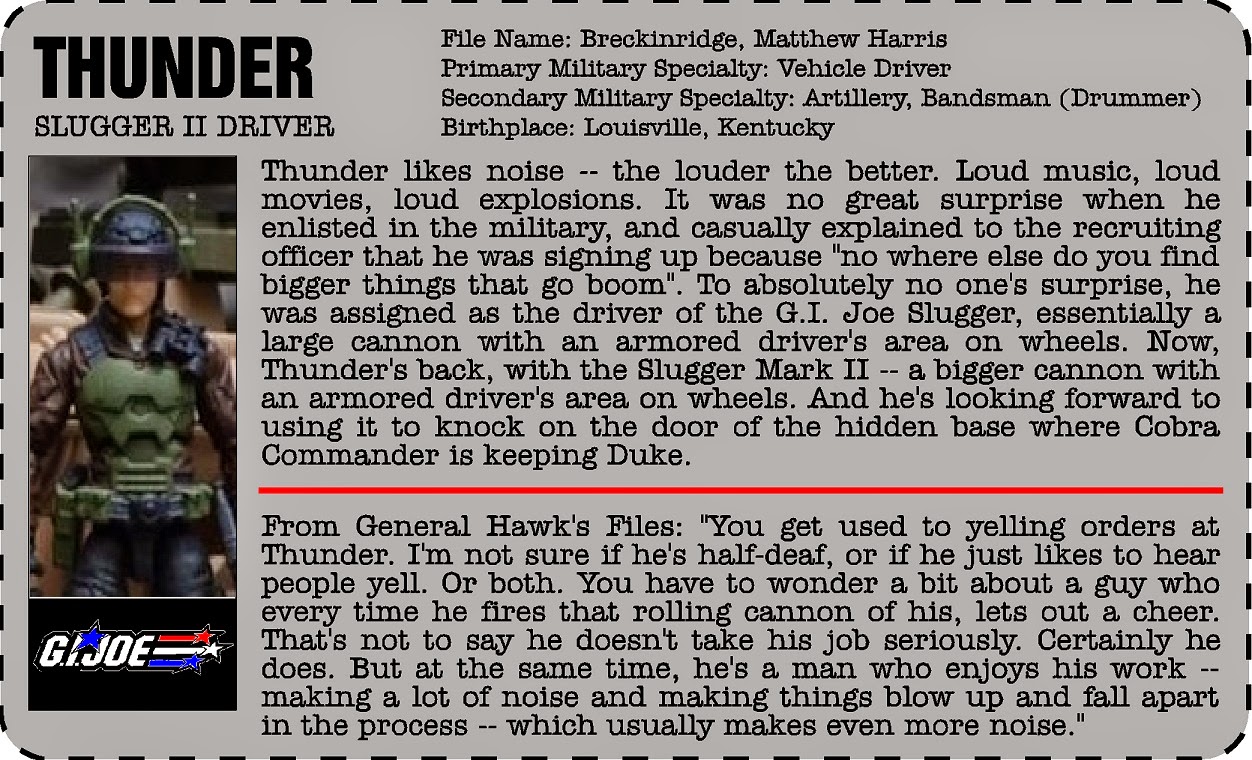 From the desk of Dusty79:
Part of this project was to emulate Hasbro's past of doing mail away vehicles.  In deciding which vehicles to use, it was important to try and keep things fresh.  When looking through the toy history we asked which vehicles that we have not seen reissued would we want to see again?  One vehicle stood out as unique and perhaps forgotten, the Patriot.  It was decided to raise this vehicle from the dead, but not as the Patriot, it would instead be renamed Slugger, as an homage to one of the earliest GI Joe toys and it would be paired with a modern version of Thunder to make it complete.

When Thunder comes to my mind, I can't help but think about how he has never had a proper update.  One of the defining characteristics of the figure is the dual antennae and the face shield.  While Hasbro did do a Sgt. Thunderblast as an update in 2009, this version lacked the antennae and so seemed incomplete to me.  In designing this figure, I tried to stay true to the original figure while updating it to the modern construction.  The antennae were a must and were constructed using the original Thunder head gear.  I intentionally kept him relatively simple and in a subdued color palette, because a heavy artillery man, in my opinion, is not one for a flashy uniform or excessive gear.  He gets his satisfaction from the concussive blasts and the resultant destruction.
Posted by Oreobuilder at 07:19