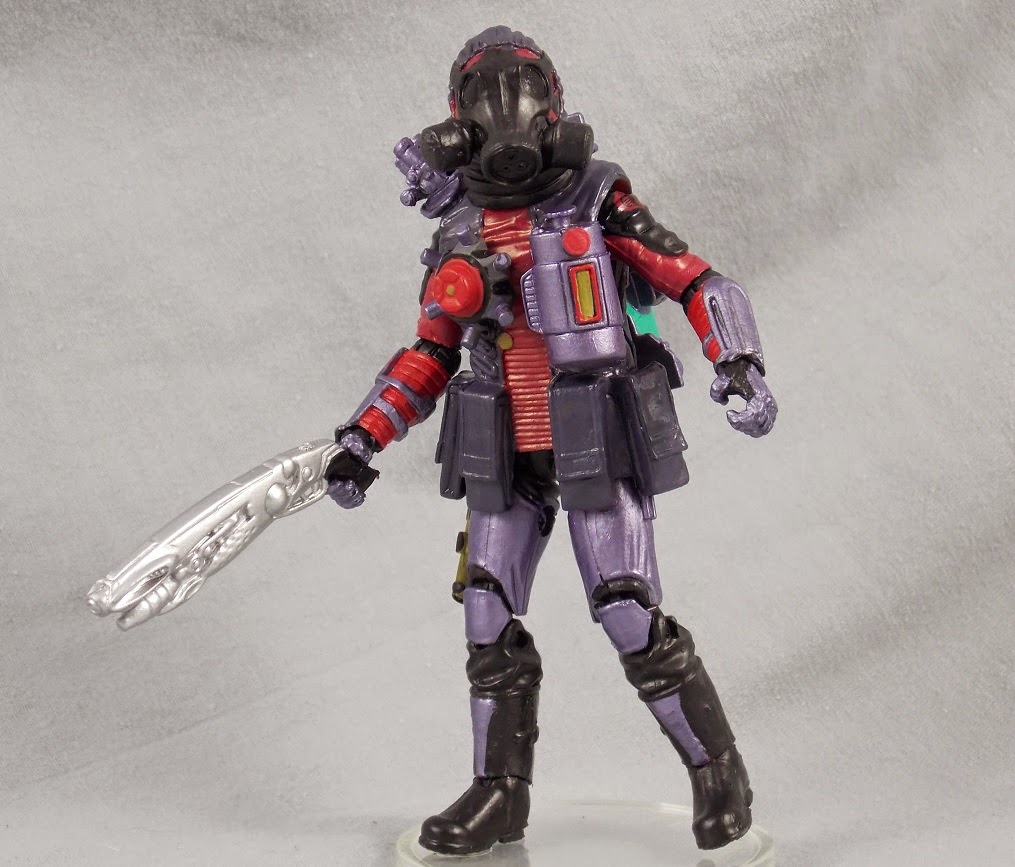 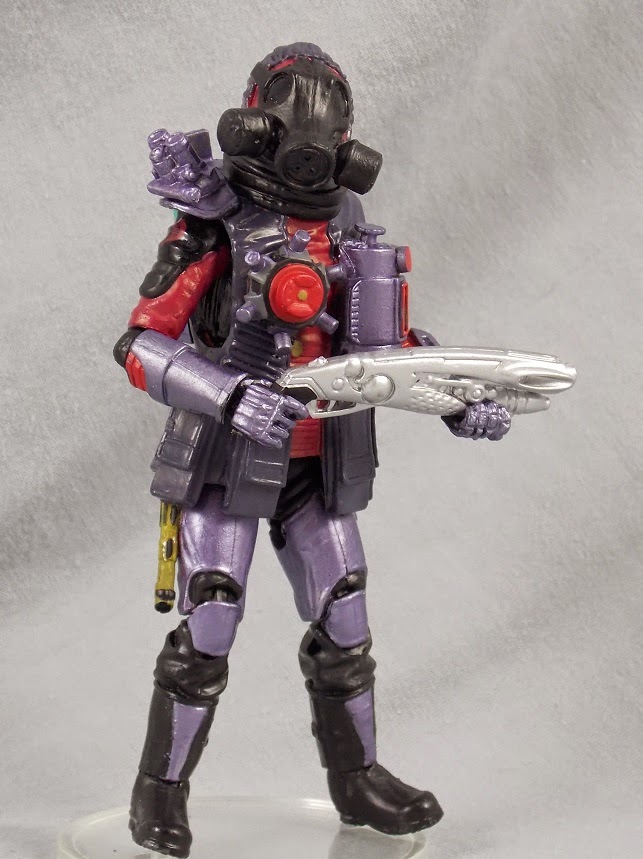 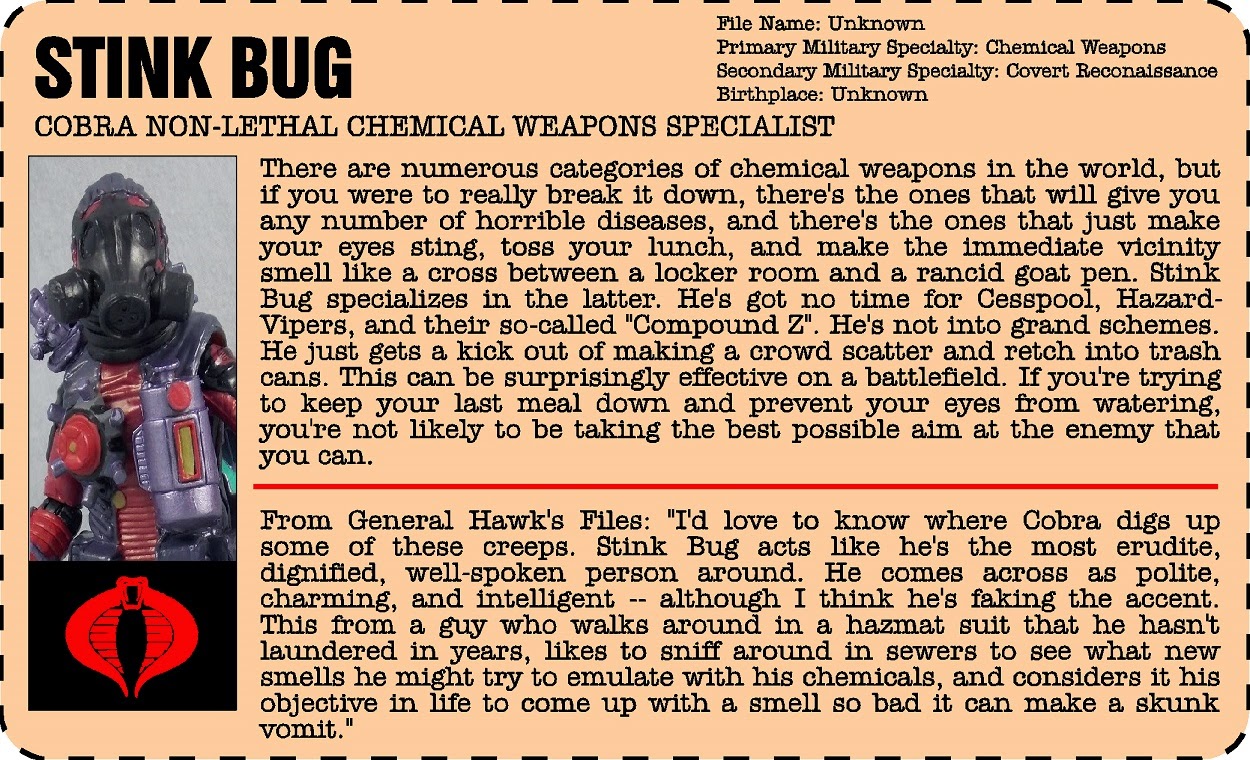 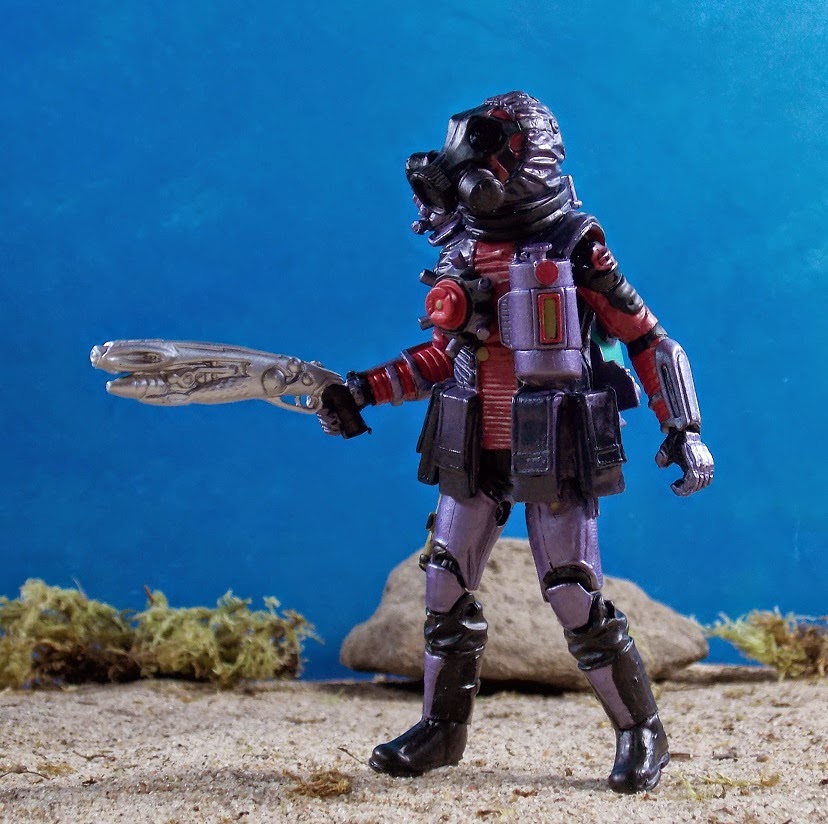 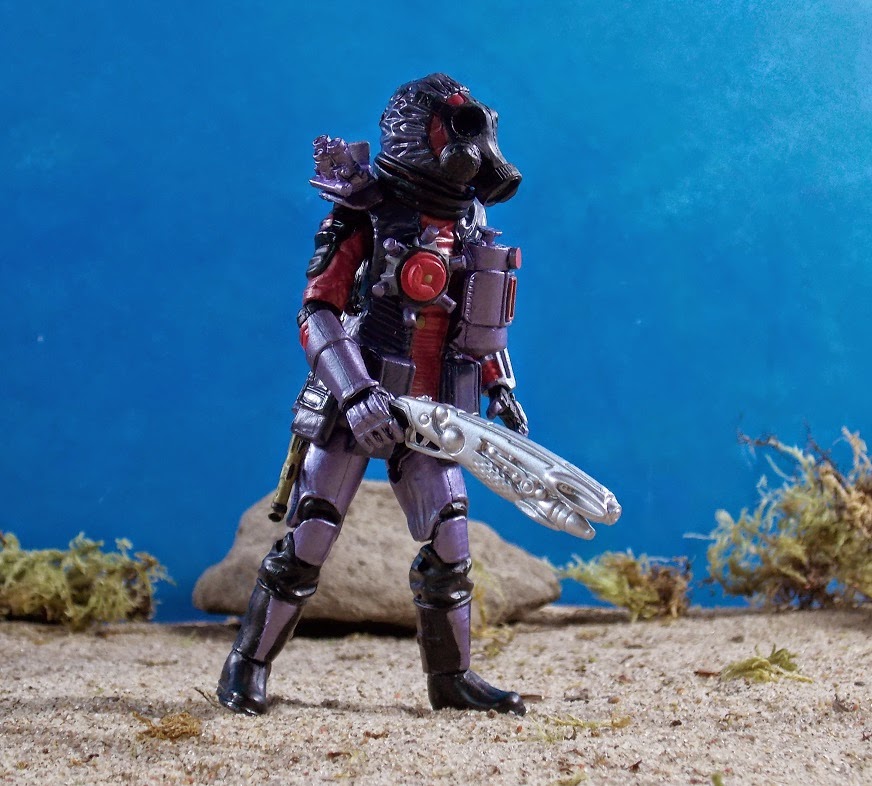 From the desk of Bucky:
StinkBug was one of the first 5, and was originally going to be a viper, the stink viper.  I'm not sure why, but I decided at some point to make him a unique cobra trooper.  I tried my best to mod the vest and helmet piece to get away from the hazard viper look, and GITrekker's filecard really helped give him personality to make him stand out a bit.  He was a fun figure to build. 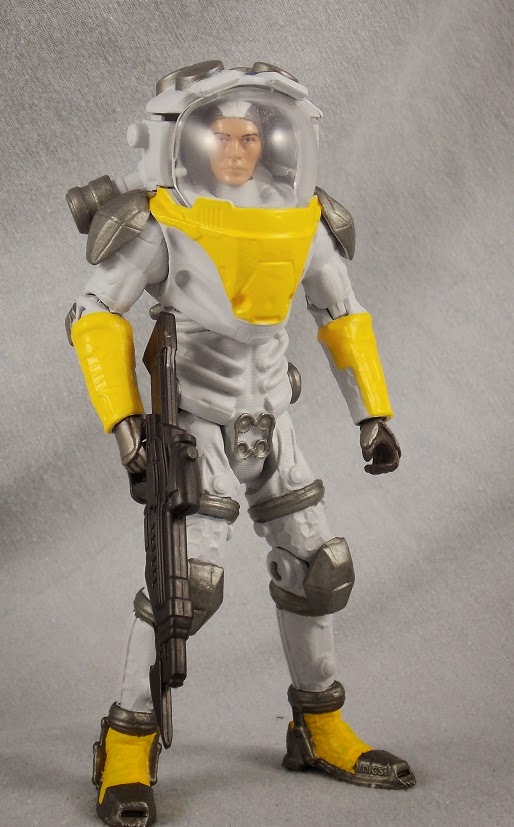 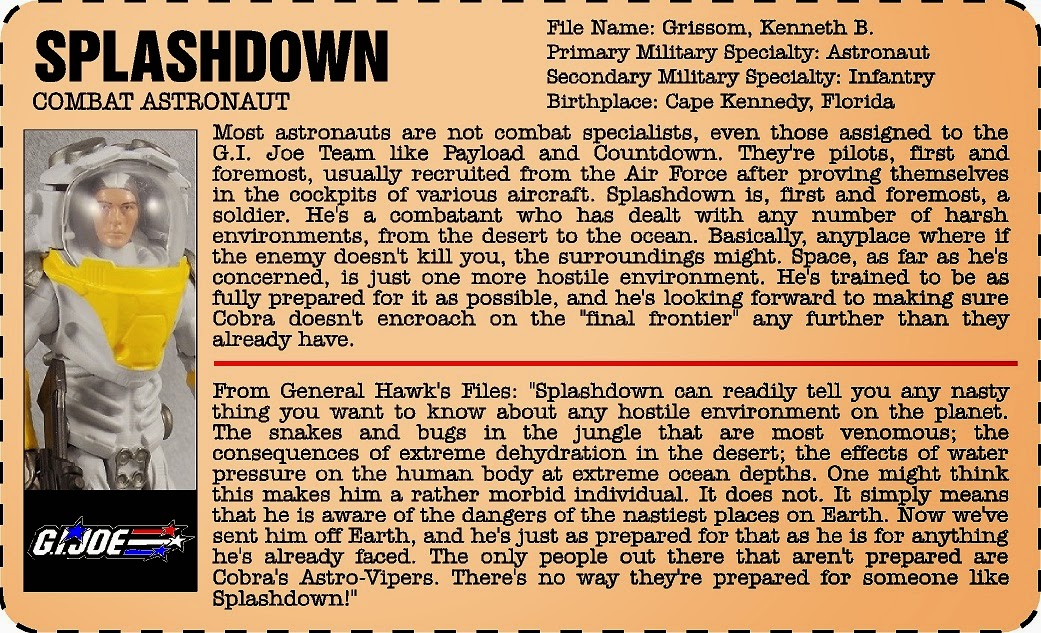 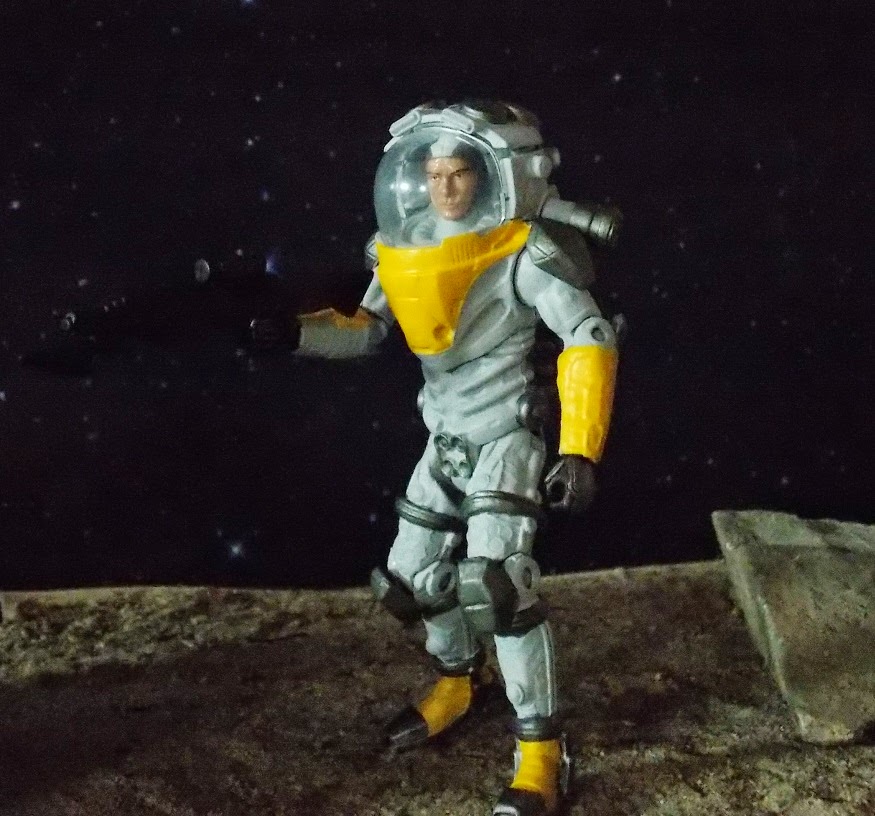 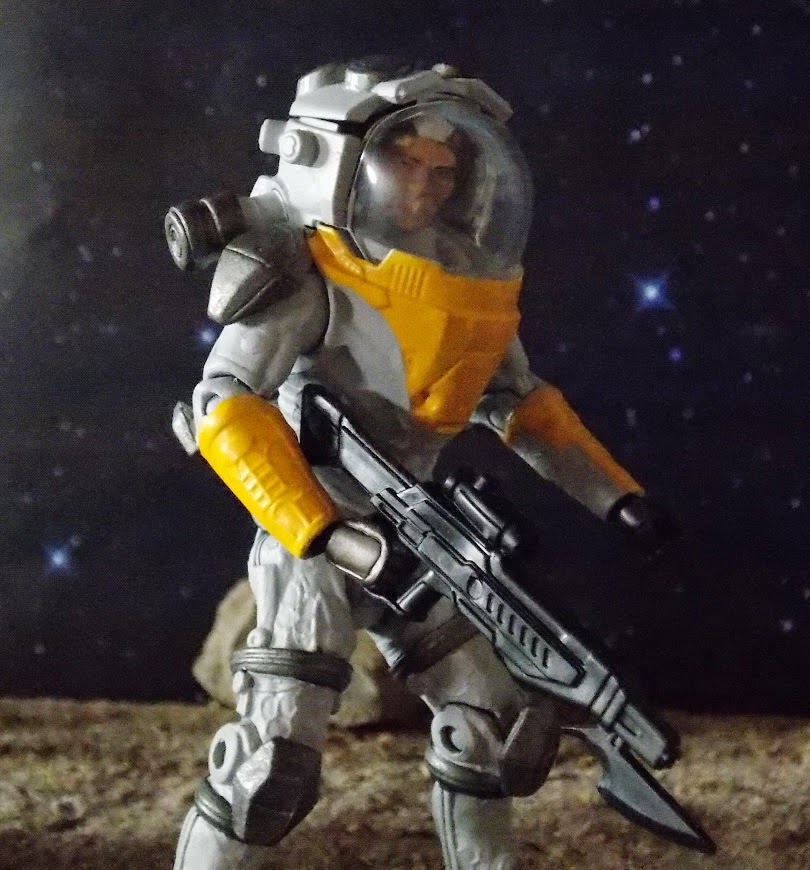 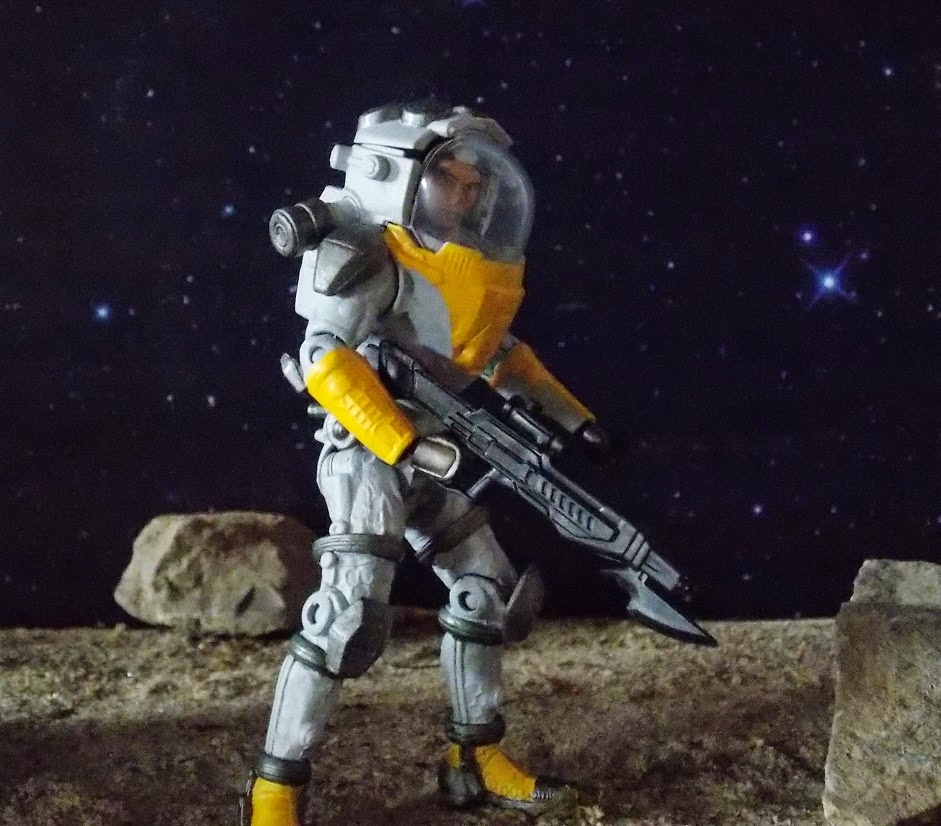 From the desk of Oreobuilder:
The GI Joe tapestry has always had strong sci-fi threads. The team got its first astronaut in 1987 with Payload and got a few more members along the way. Still, since the ‘90s, there have been few, if any, astronauts added to the team.  The initial intention of this figure, back when this line was still ‘’Project 96’’, was to add a realistic Astronaut to the Star Brigade sub-team. He started his life as a Data-Viper repaint with Iron Man gear, but when I saw Mr Freeze on store pegs, I picked one up right away and changed him into Splashdown.