Bucky:
''This version of the BAT was the first of two I did.  He came together rather easily, and a lot of the modding was done during the Iowa convention Assembly Required, at or near the joecustoms booth.  He ended up being a very close match to the original figure.  It's a unique look for the BAT, and a pretty cool one at that.'' 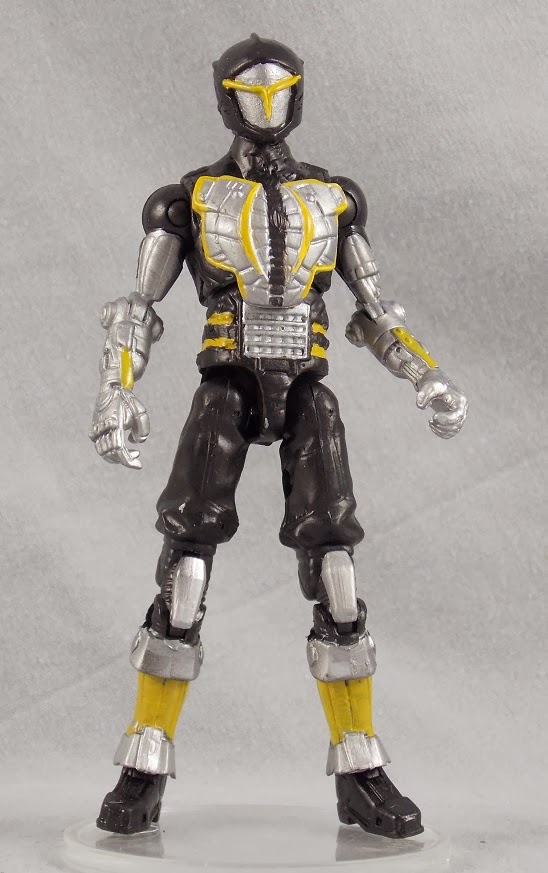 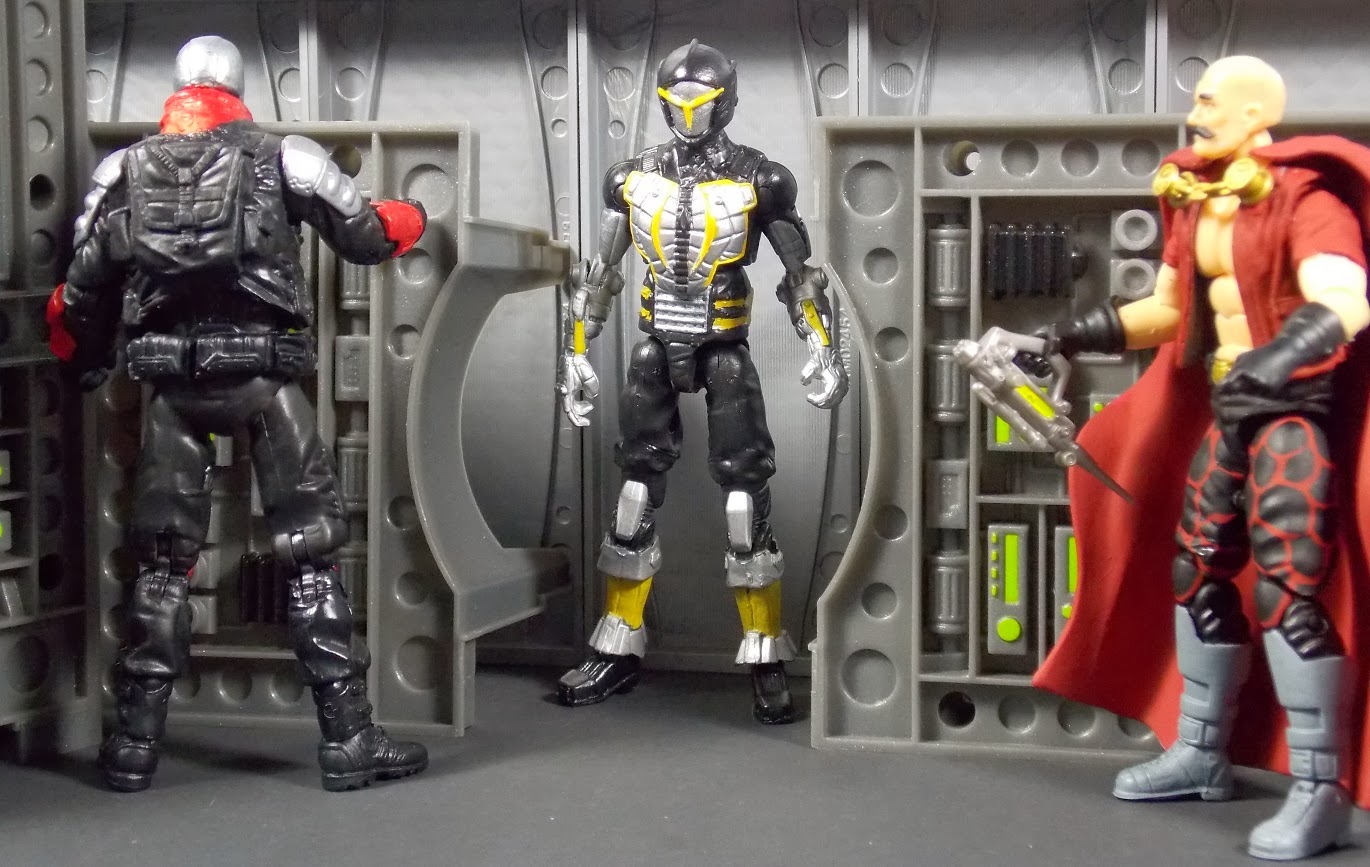 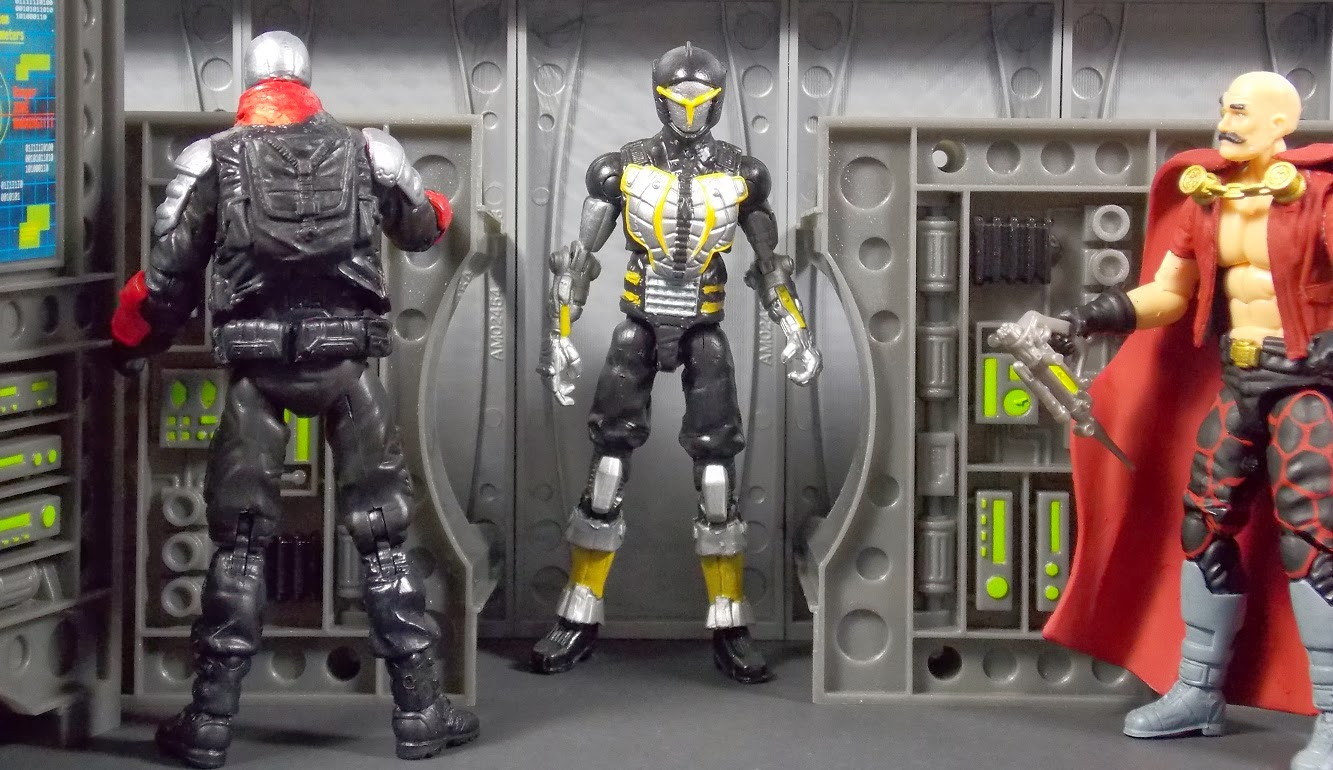 
''The DTC SAW Viper has always been a favorite of mine. It improved on the 1989 version in every way – colors, articulation and accessories – so including him in this project was a no-brainer for me. In fact, SAW Viper was one of the first figures that were made. I like him quite a lot, I may go back and make more, possibly with other environment-specific color schemes.'' 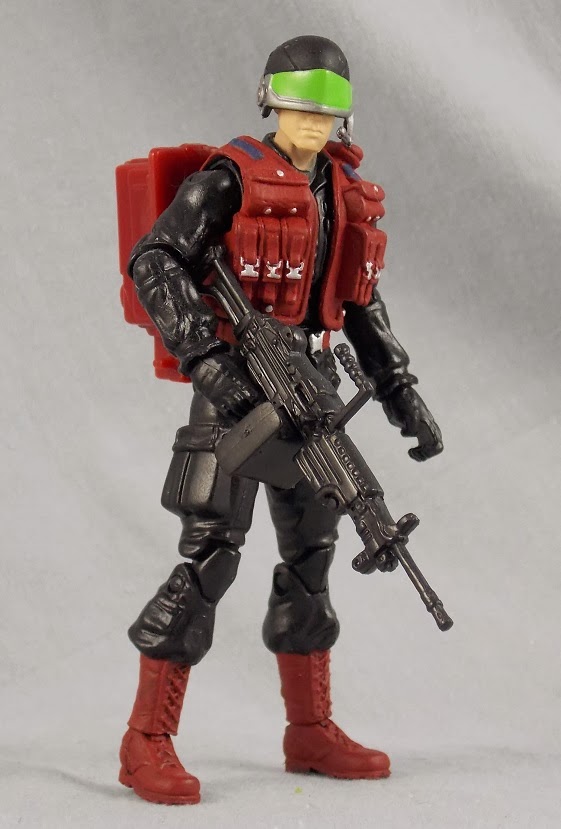 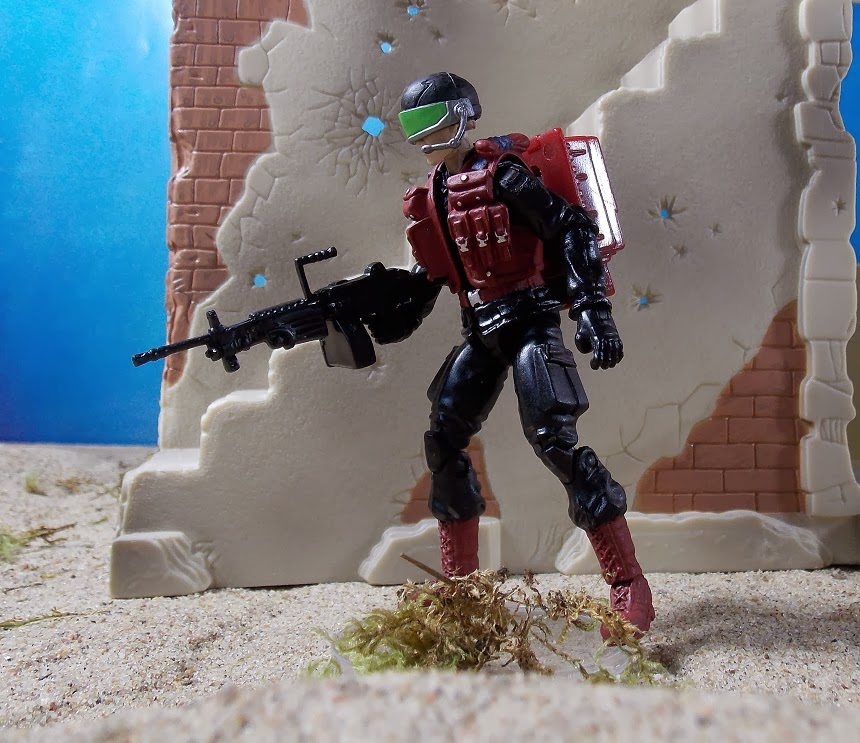 OB:
''Iron Grenadier was released in the Spytroops line in two color schemes – Black and gray. I chose to homage the black version as that color has always been associated with Destro’s army. Although it is not as accurate to the 2003 figure, I replaced the silver with gold to further strengthen the ties with the vintage Iron Grenadier.'' 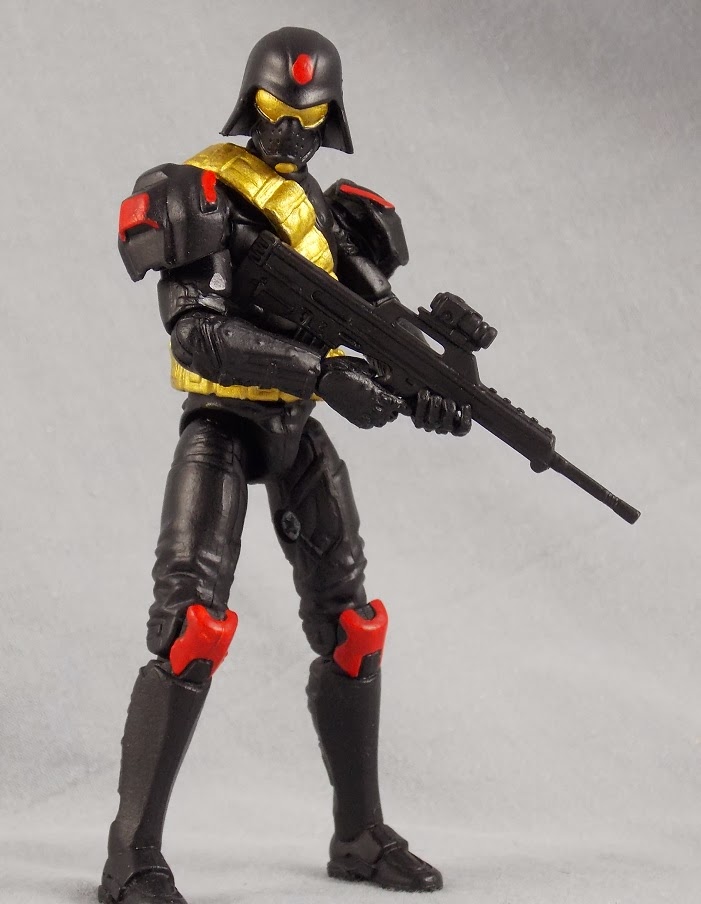 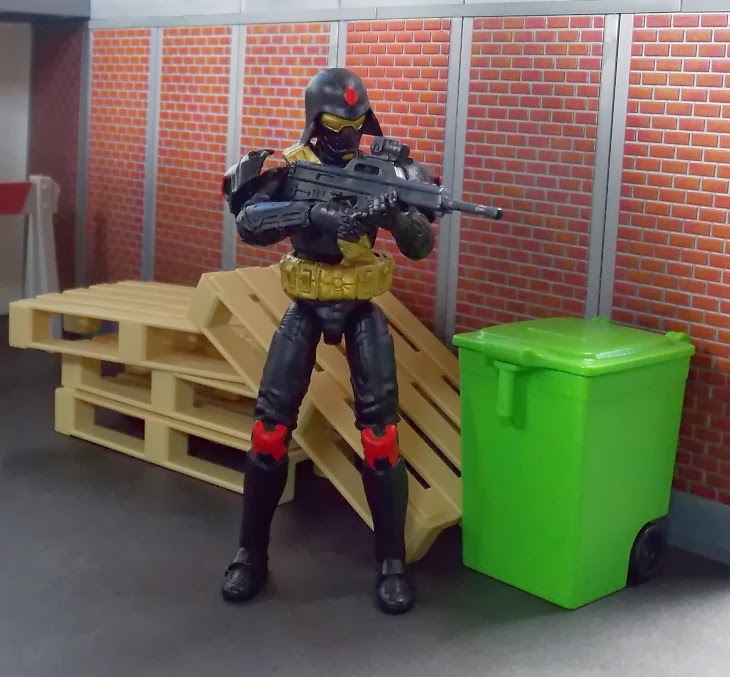 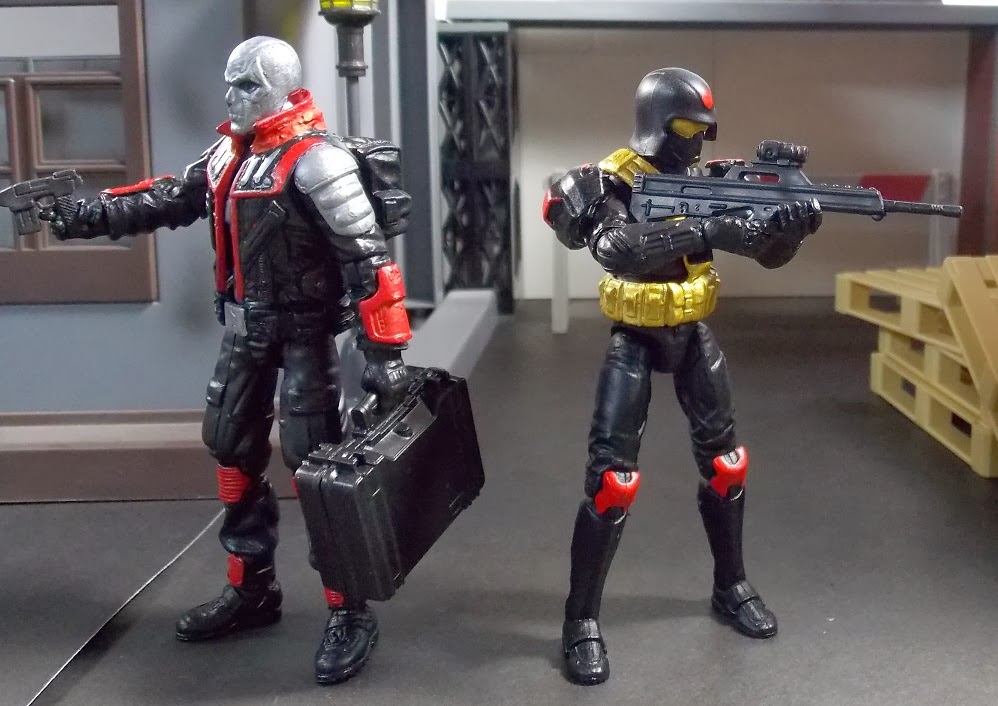 Posted by Oreobuilder at 07:11 No comments:

A reminder that there is still time to take part in Customs Celebration VIII over at Joecustoms:


Bucky:
''Towards the last couple of weeks I was making these, OB was just slaying me with the incredible WIPs he was sending me and ideas that he had.  I was starting to lose steam, and I had kind of run out of ideas...and fodder!
I sat down for a couple of nights and poured through Yojoe.com's archives trying to come up with ideas, and made some notes.  Fodder was getting hard to come by, but by luck, I had a table set up at Assembly Required and was able to make a couple of rounds to the dealer tables and buy some stuff and start on it while I was there.  Blowtorch is a retaliation Duke base with lower legs from retaliation zartan, both purchased from joeczar, Blowtorch and some others were started very sneakily at the Joecustoms booth.  It's a very simple recipe and I love the way it turned out.'' 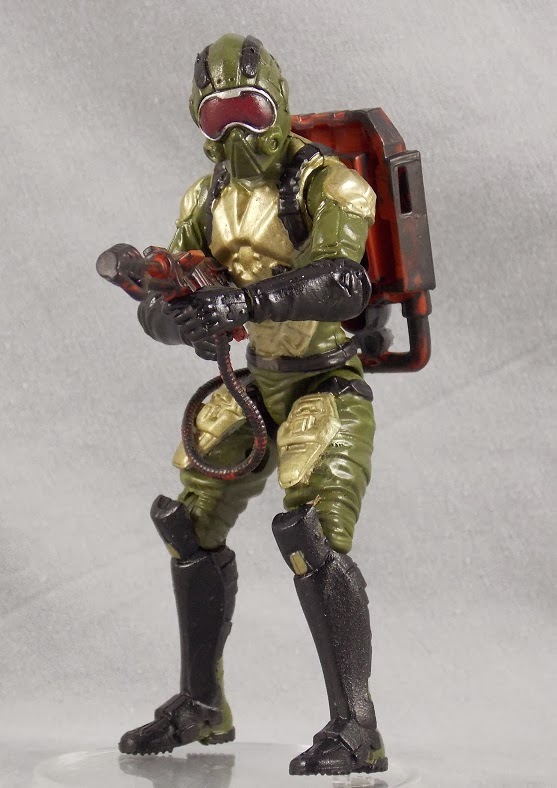 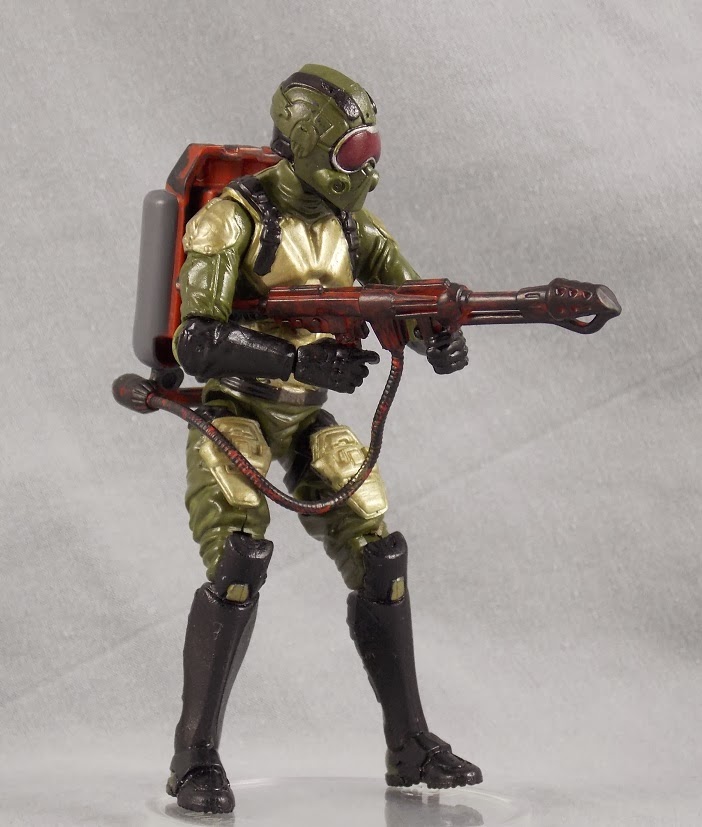 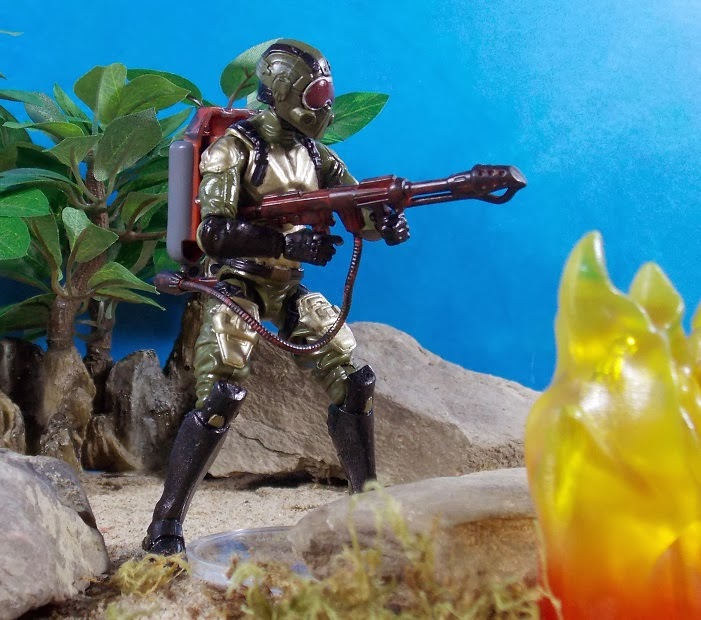 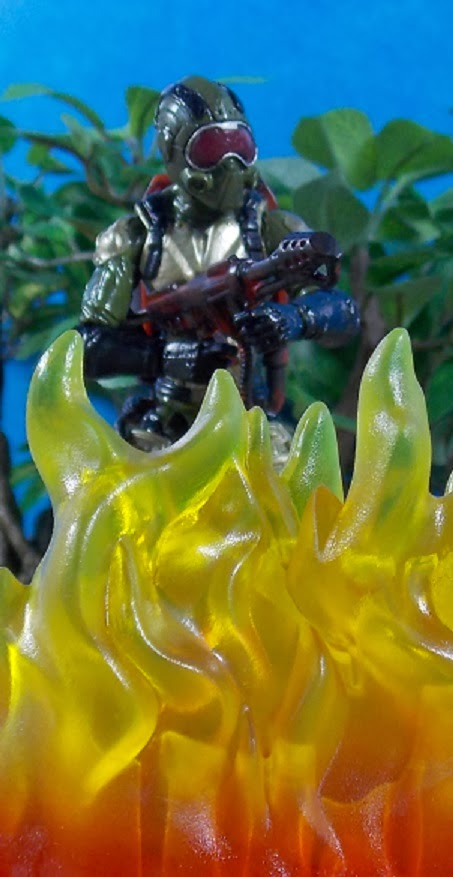 OB:
‘’I made this custom with Python Patrol in mind. I always saw Spytroops Dr Mindbender as that sub-team’s version of the character. The black and red color scheme and the snake skin pattern on the pants certainly evoke the New Sculpt PP colors.’’ 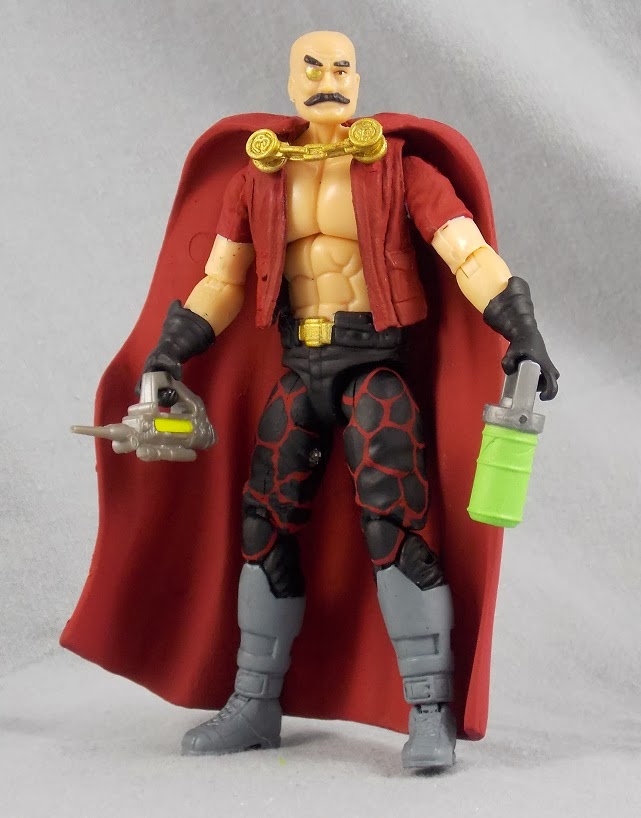 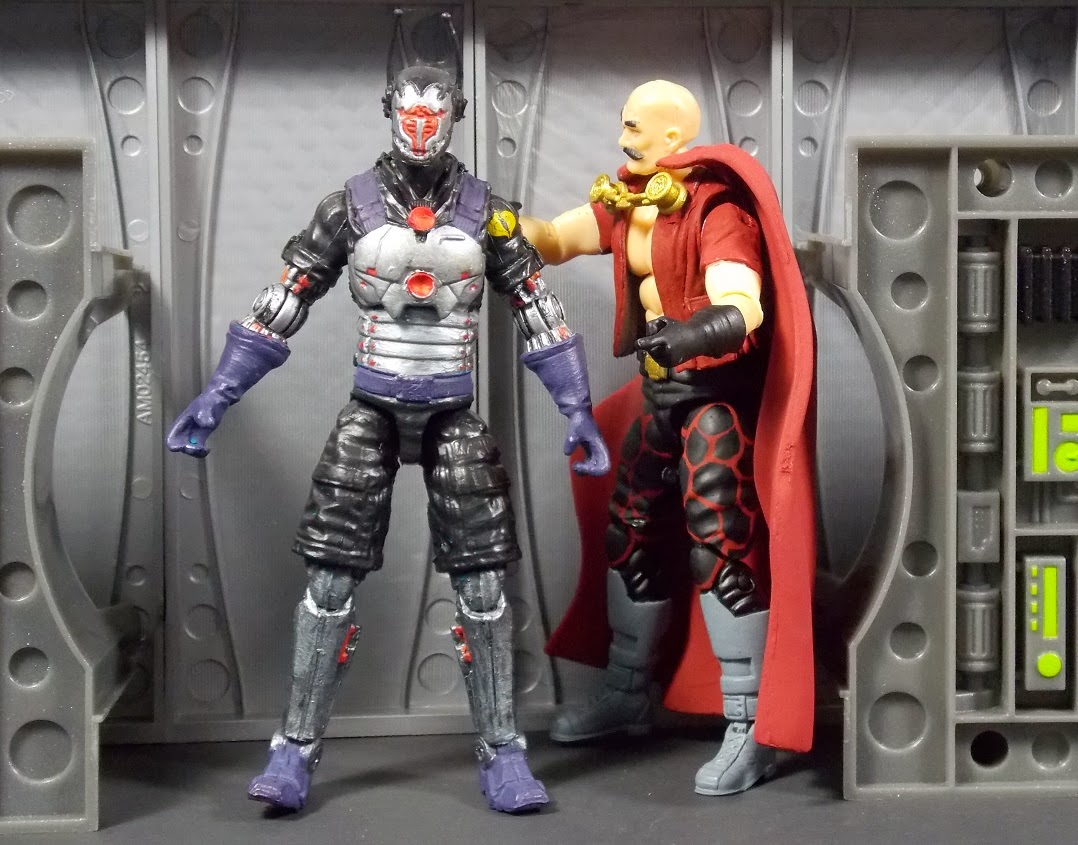 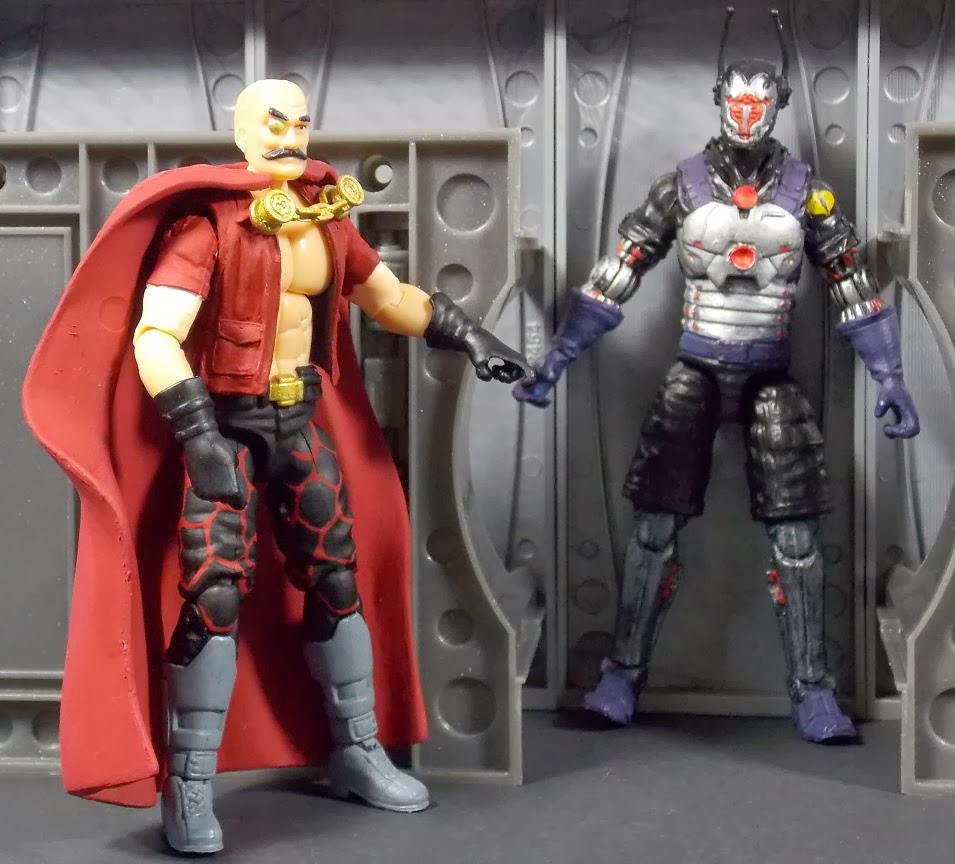 OB:
‘’Introduced in the Spytroops line, Red Spot was GI Joe’s third Laser trooper. The original had a cool look, but needed some adjustments for the proportions and the color was a little bland. This was a good opportunity to modernize the figure. The Retaliation GI Joe Trooper mold was a good base. I went back and forth on the helmet. The PoC Beachhead helmet may not be my final choice, but it works for now.’’ 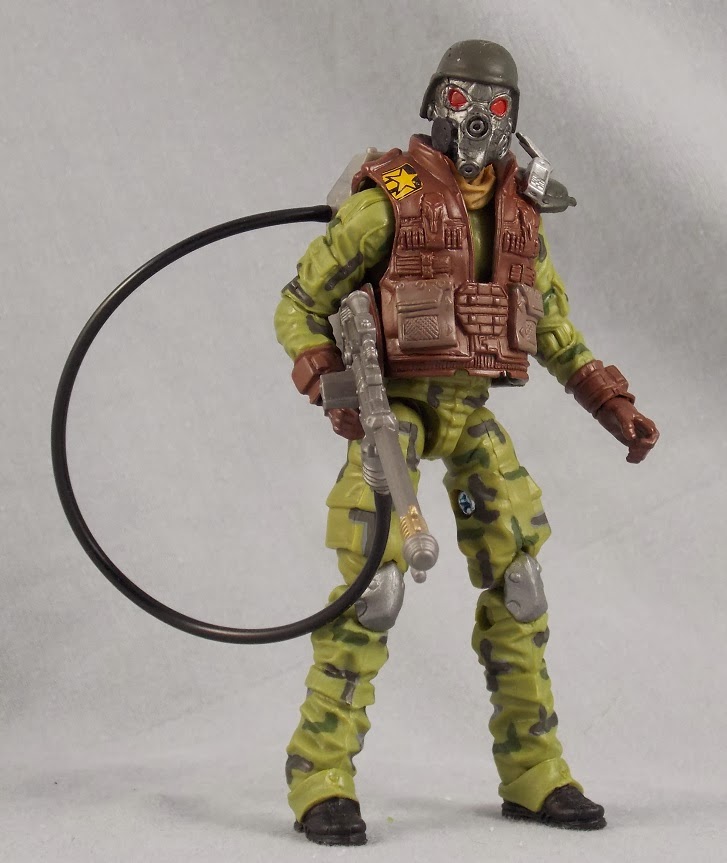 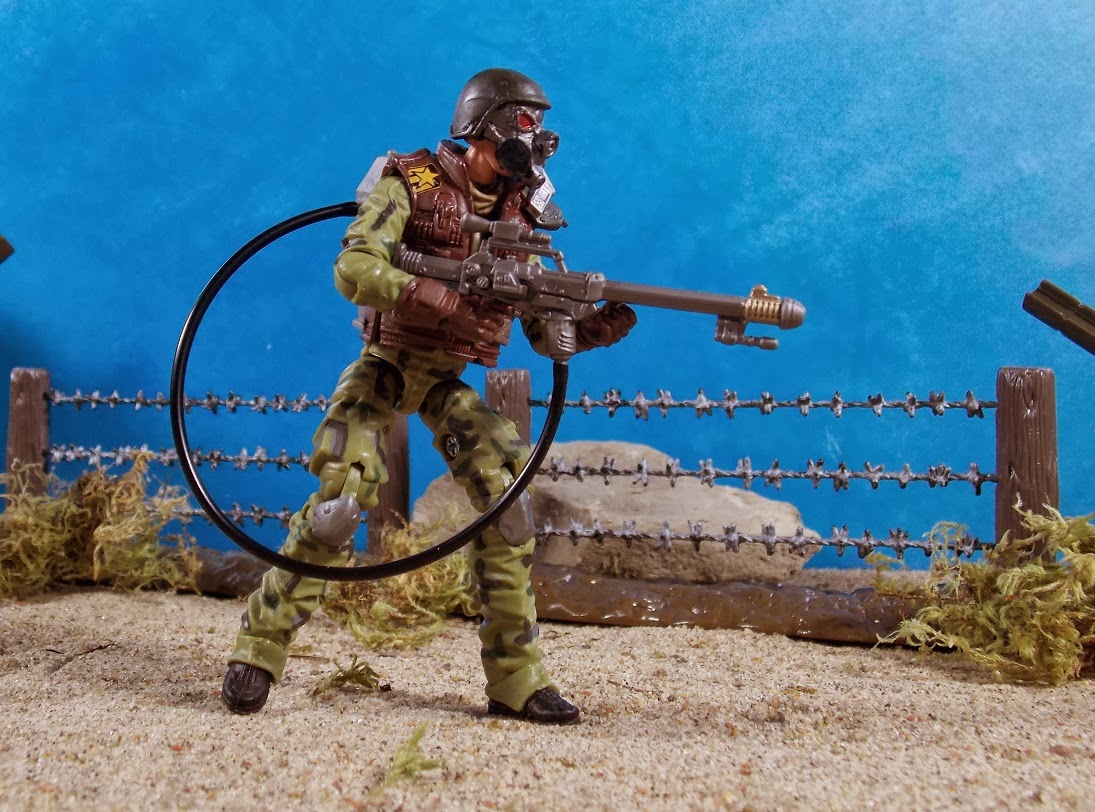 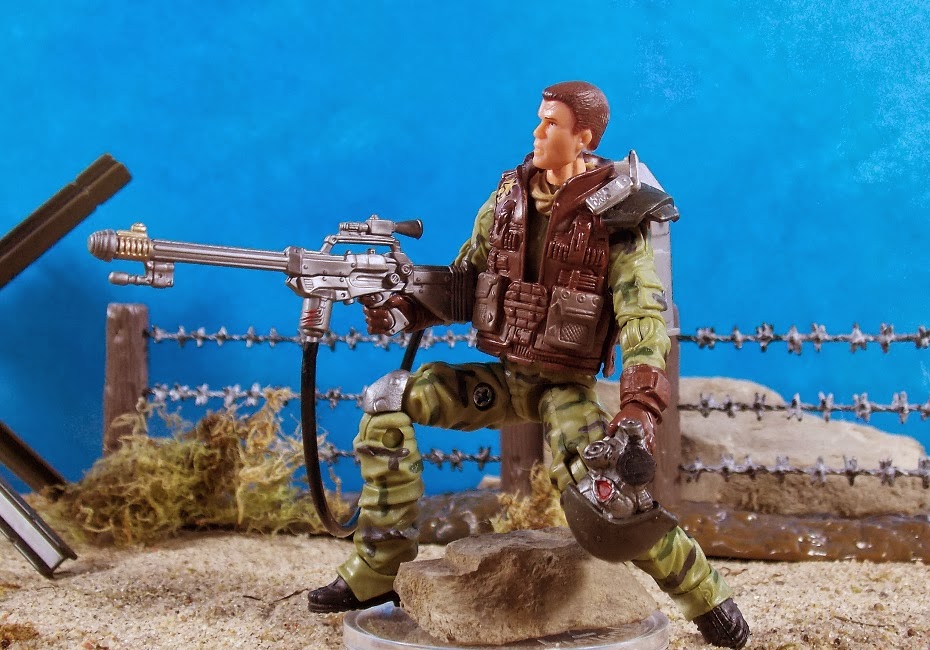 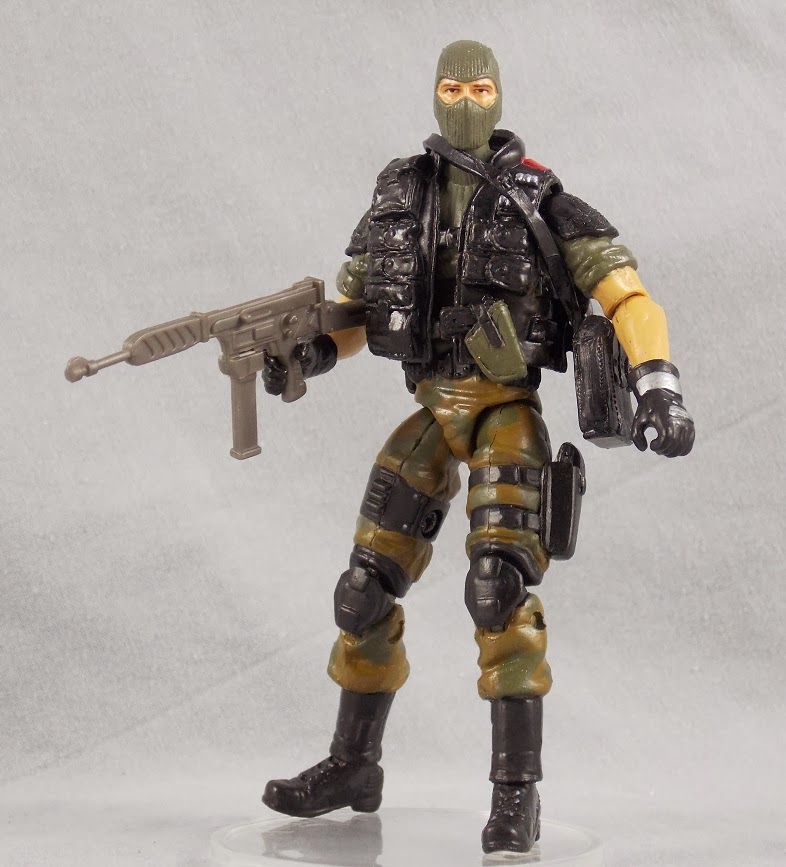 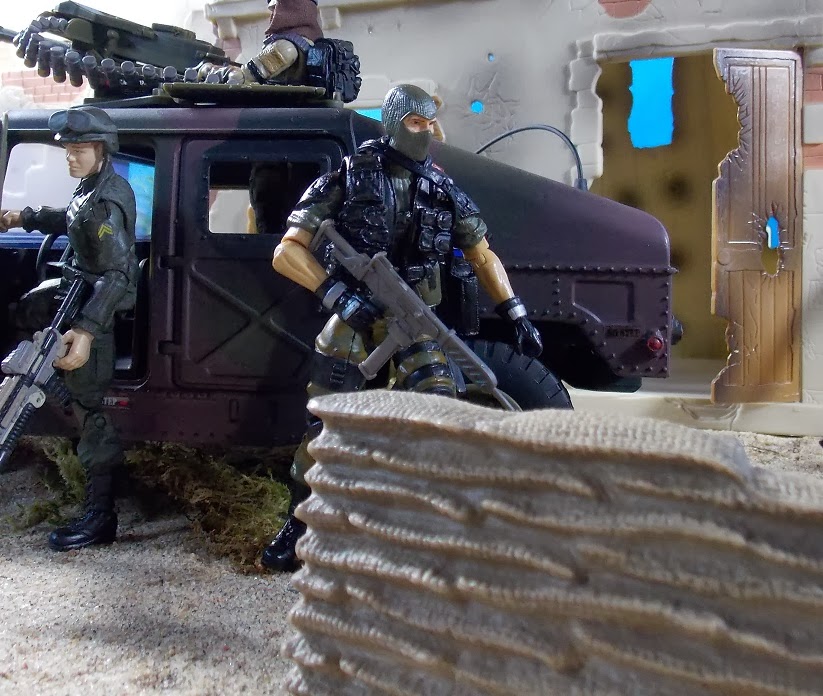 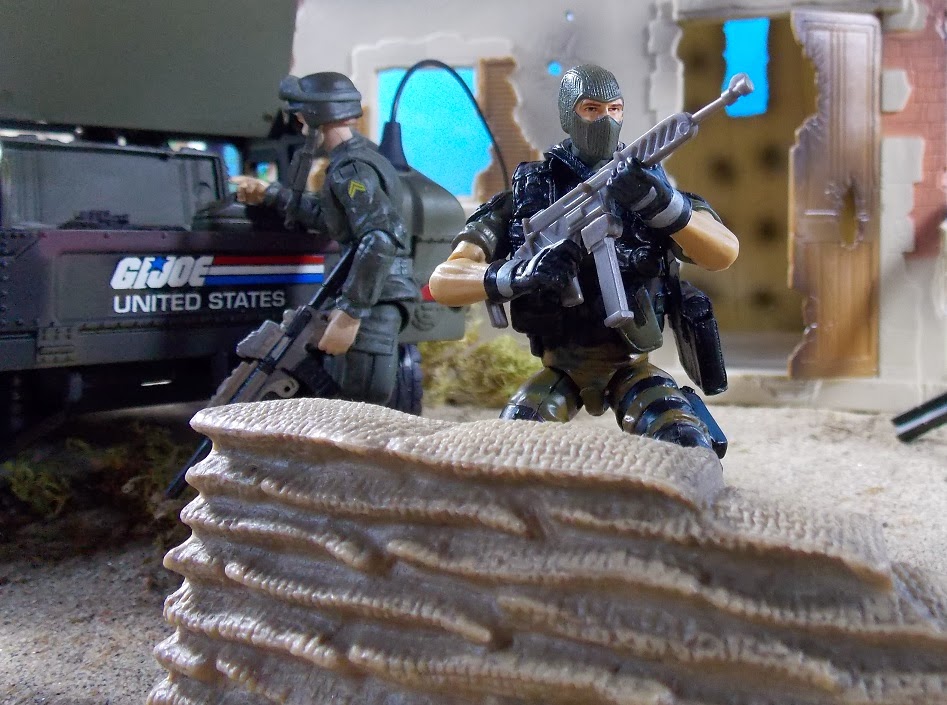 Bucky:
''Dusty was a last minute entry to boost the ranks up on my end.  The original recipe I had just didn't pan out, so in the end, he ended up as almost an lbc.  I tried to change him up a little bit by adding the larger goggles, and used the new sculpt gear to tie him in with that era.'' 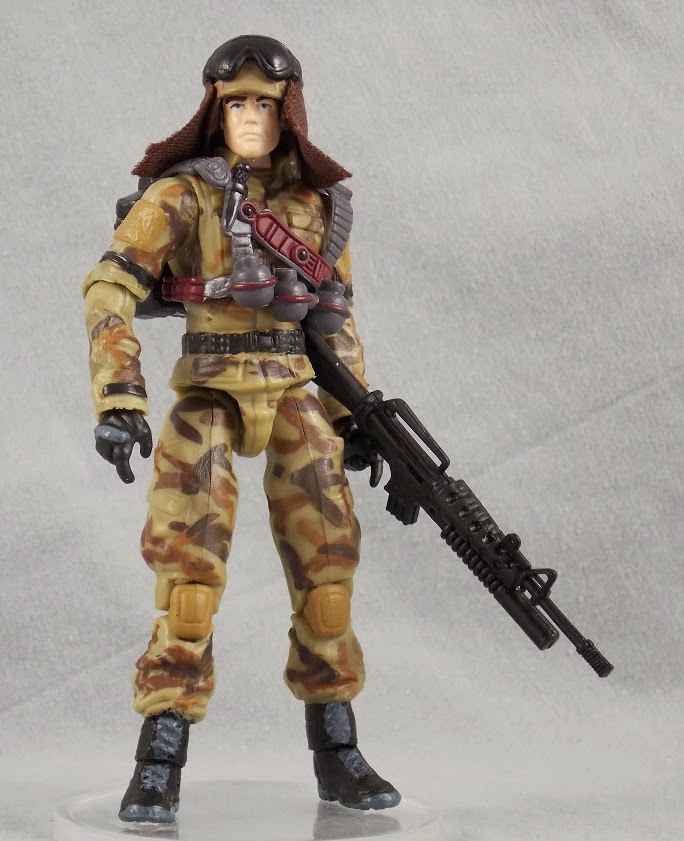 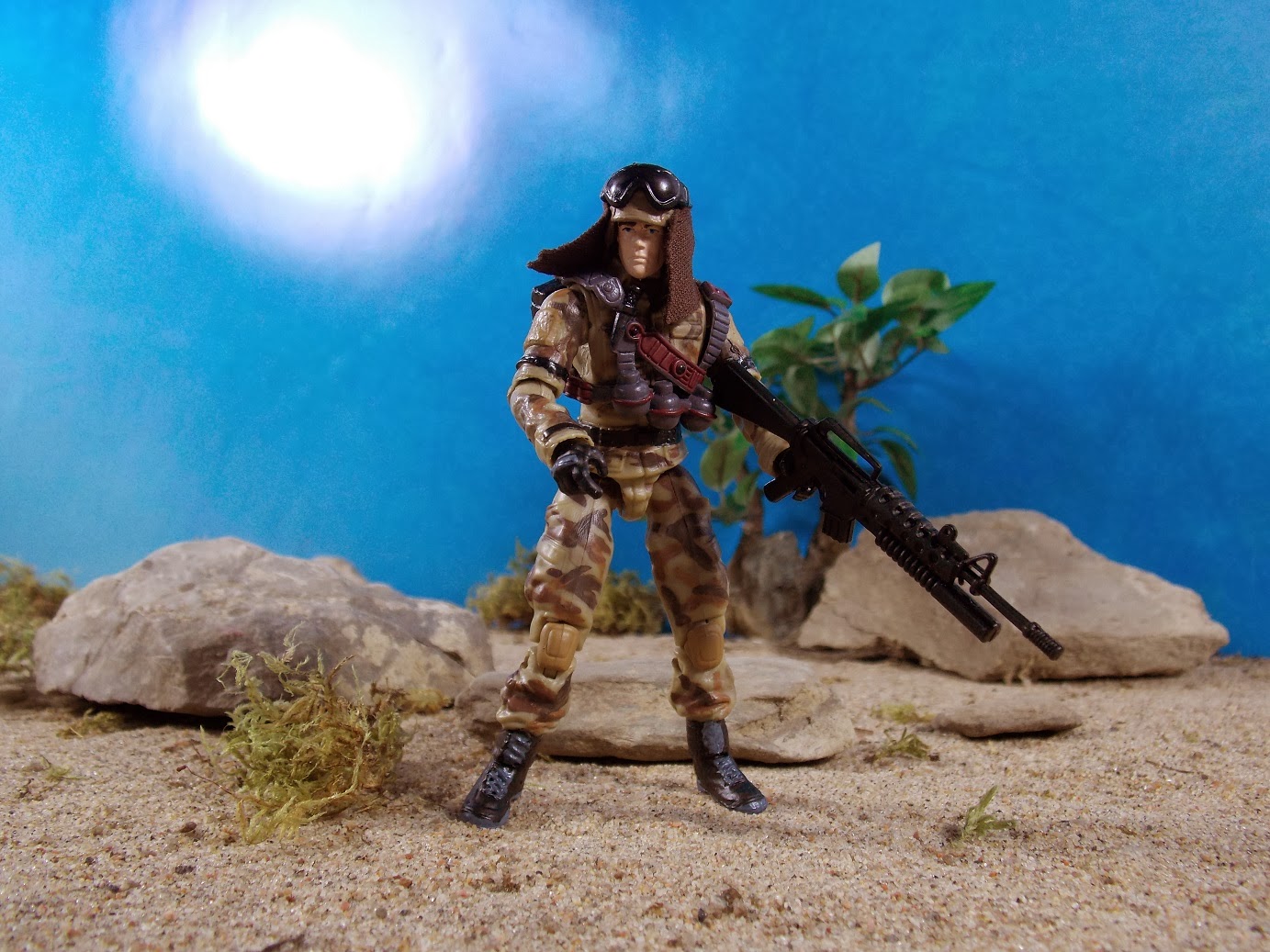 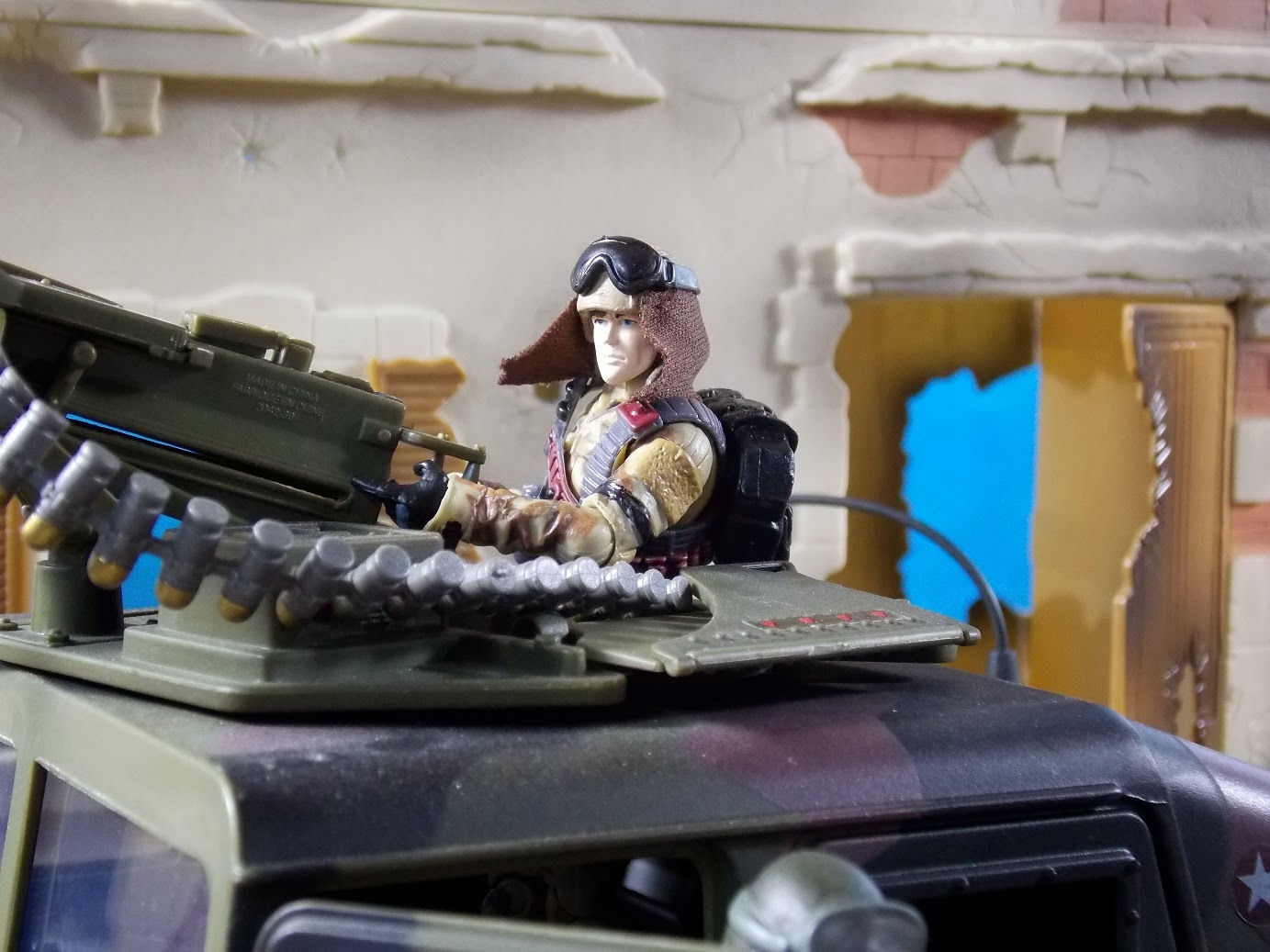 OB:
''Rollbar is another new character introduced during the New Sculpt years. He got a couple of figures during that time and he was always a bit non-descript. As strange as it sounds, that is what attracted me to making this custom. GI Joe has always had a few ''generic'' looking soldiers – Grunt, Doc, Short Fuse, etc. Rollbar fits nicely into that group in my opinion.

The Humvee is barely a custom as I did not make any mods to it structurally or paint-wise. The base vehicle is the PTE Humvee and I added the Joe stickers.'' 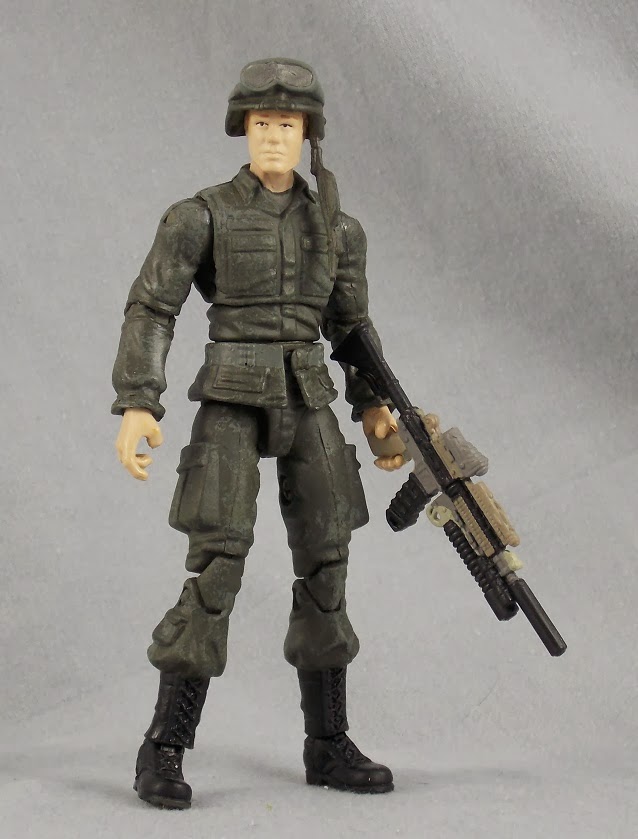 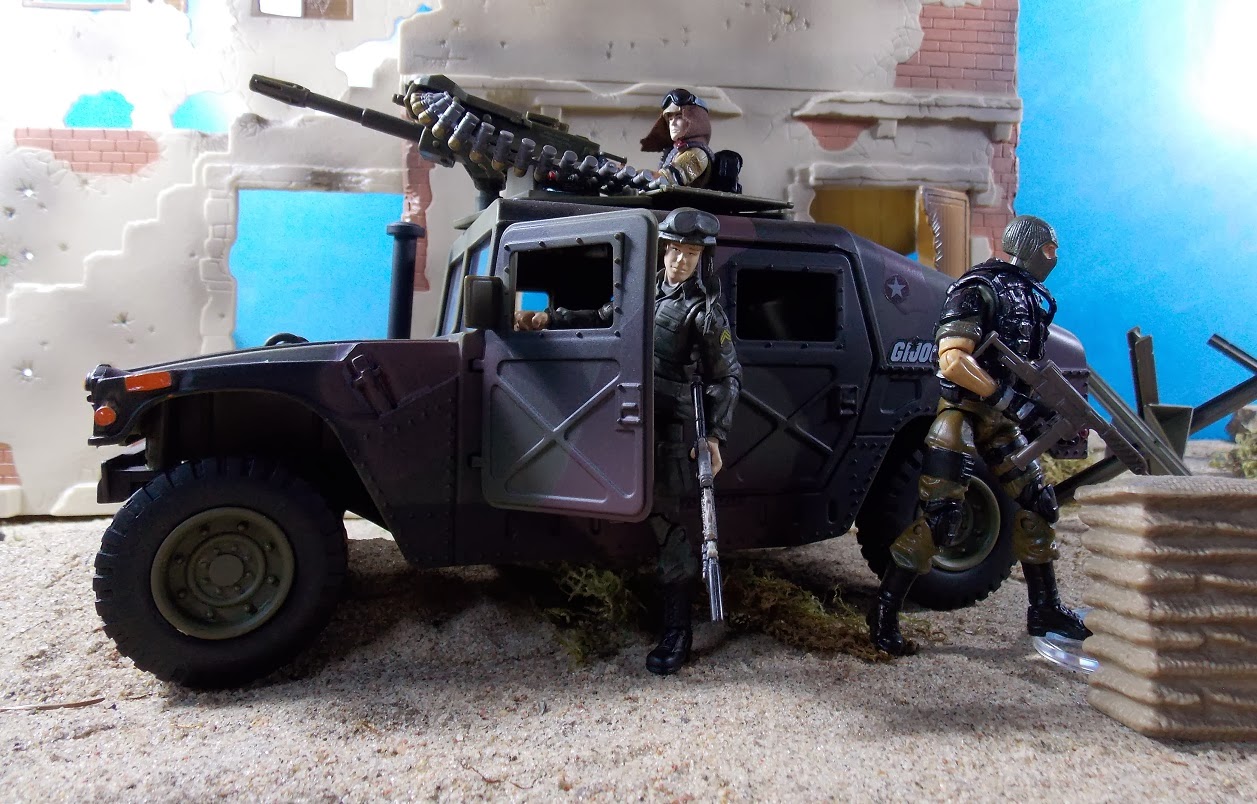 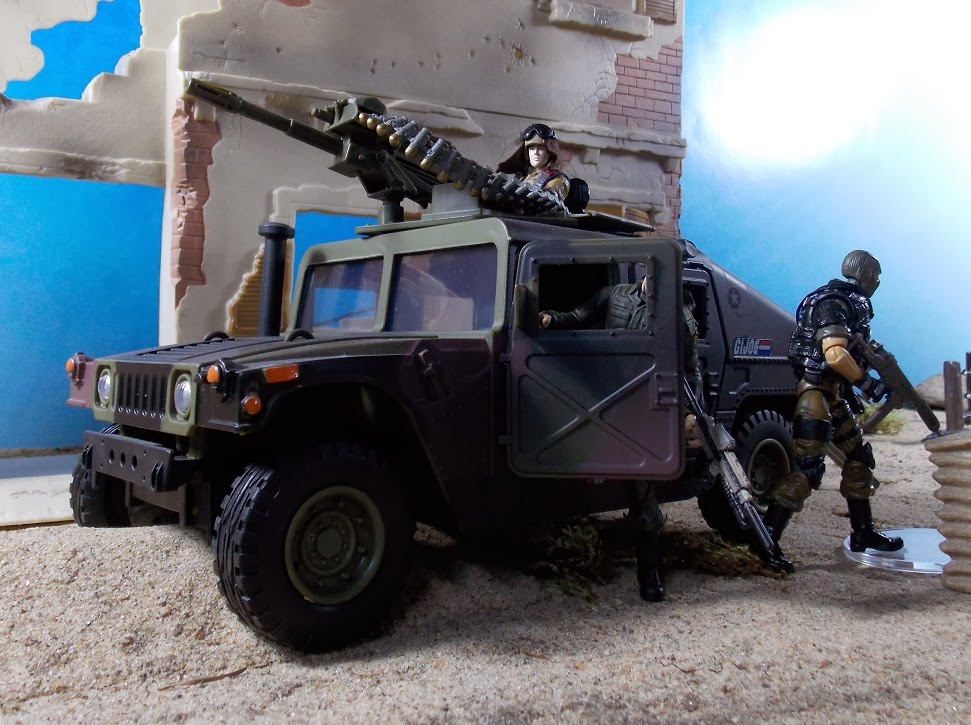 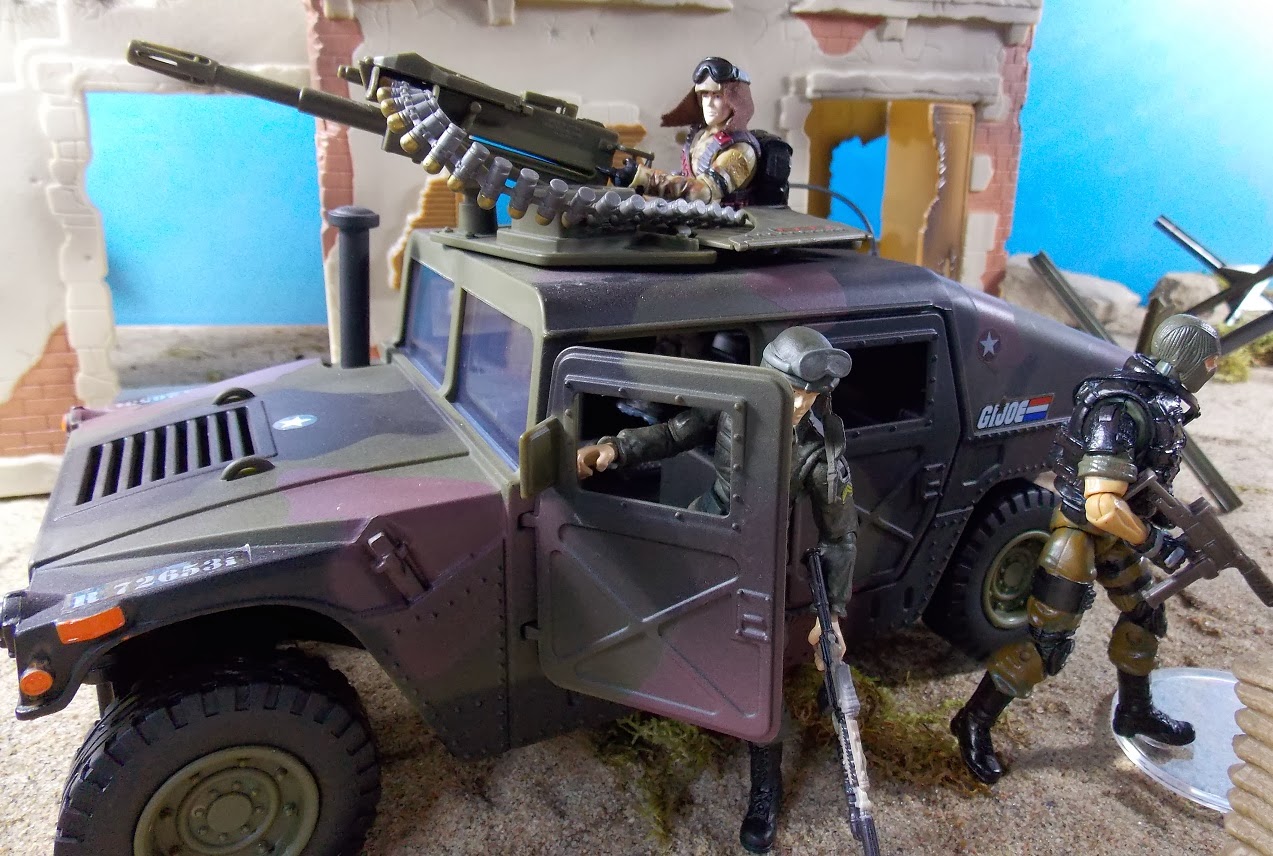 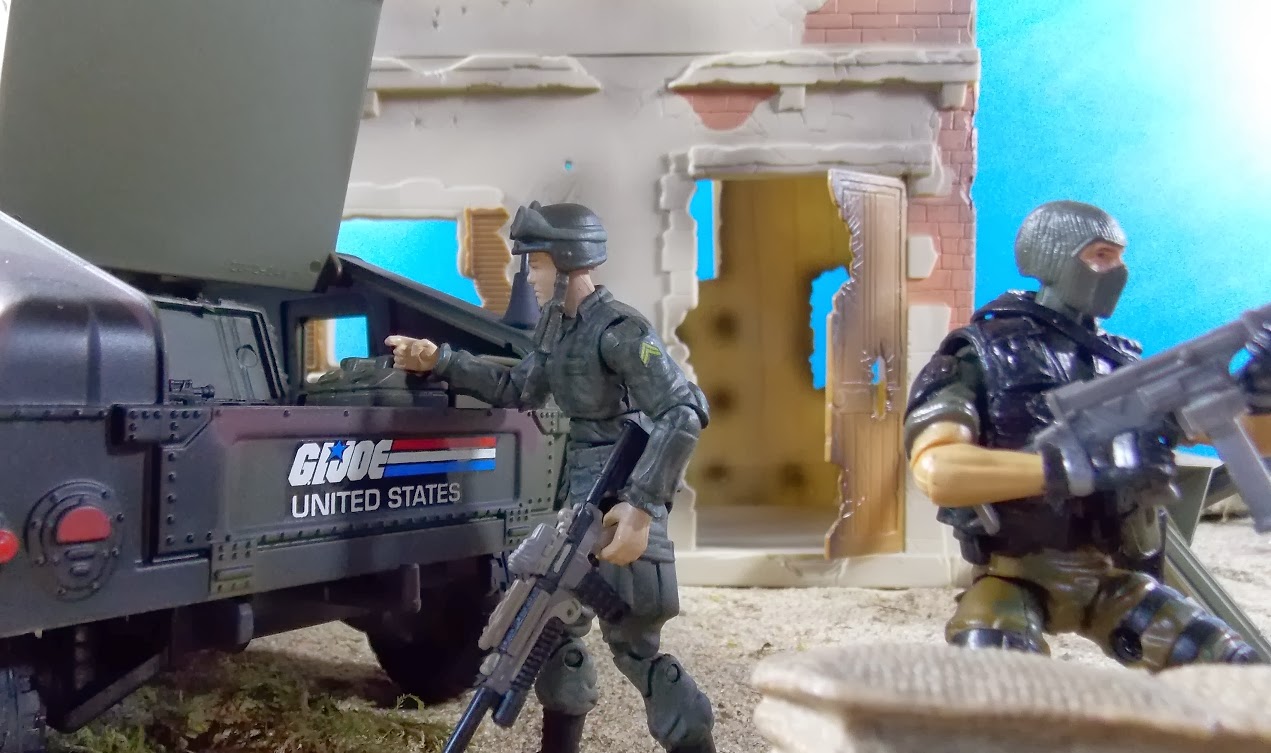 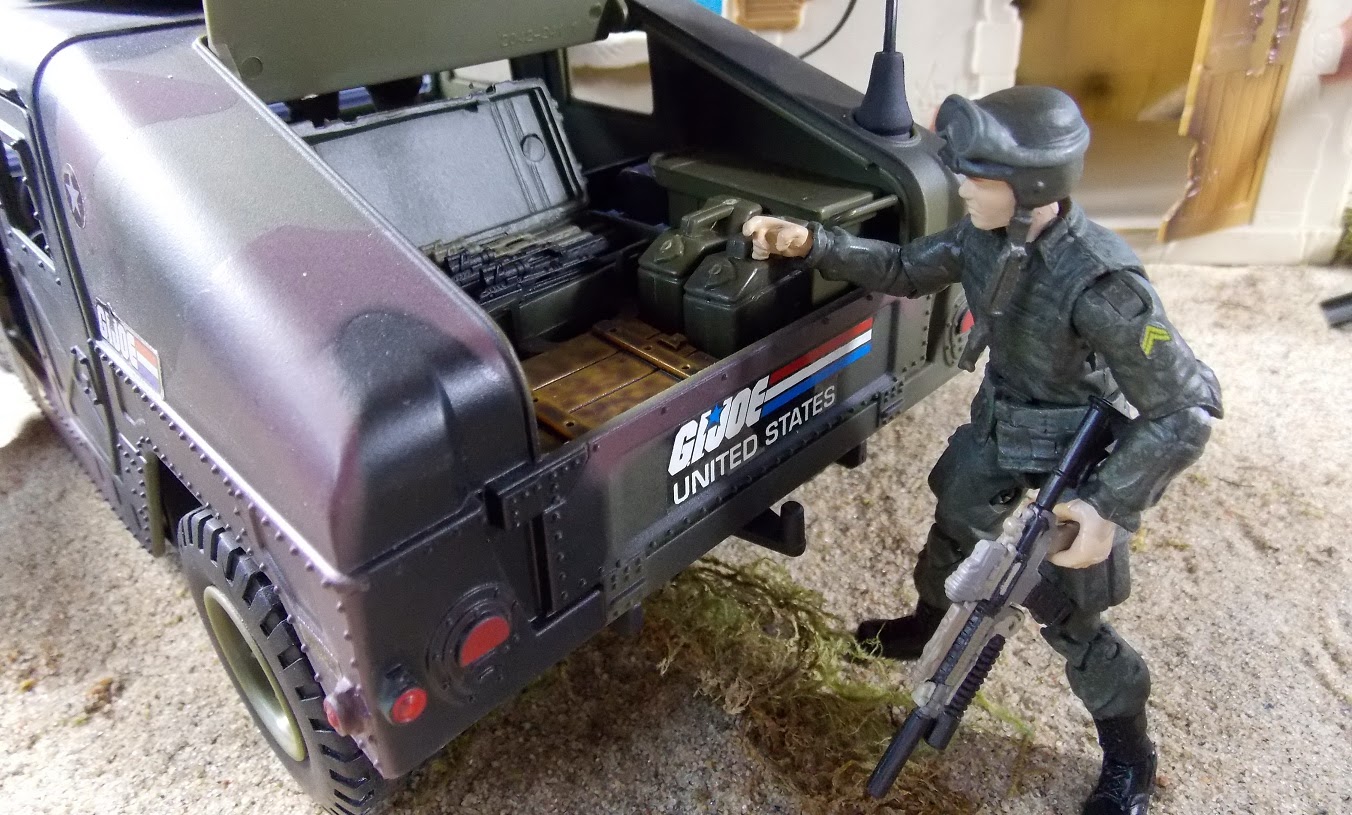 Posted by Oreobuilder at 06:56 No comments: