With the success of the first GI Joe line in 1964, Hasbro released the Official GI Joe Jeep the following year. It originally retailed for 10$ (a lot of money in 1965) and included several features:

I started this vehicle with a Power Team Elite (PTE) jeep and trailer. Initially, I was not going to change it much as it was going to serve as background filling to take pictures. However, I started with small changes and those led to an all-new vehicle.

First, I started by adding/modifying the hubcaps. Then, I moved the spare tire from the back to the side. After that, I removed the radio and antenna from the original jeep. I used a 30th Cobra Viper rocket launcher as a base to build the recoilless rifle. After that, I added the searchlight in the trailer. Finally, I cut and added some styrene to change the shape and size of the windshield. 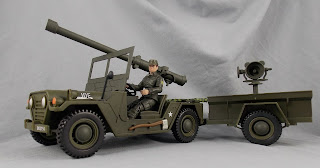 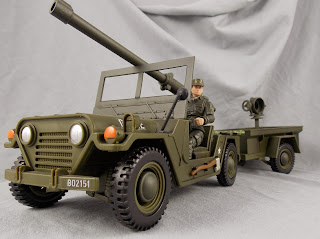 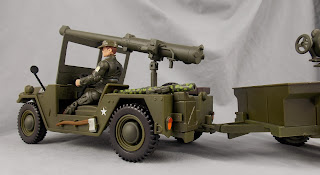 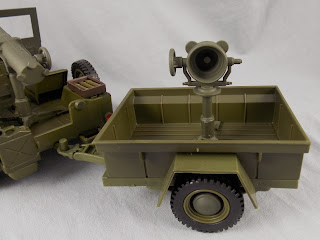 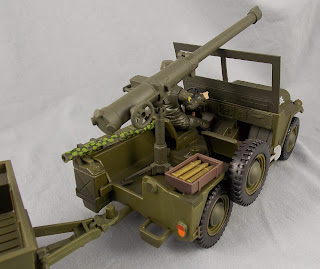 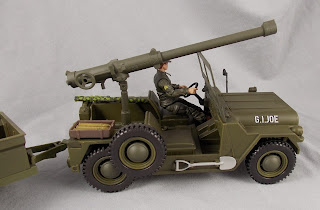 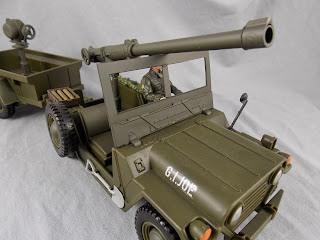 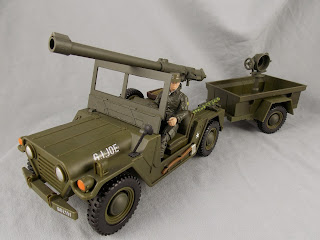 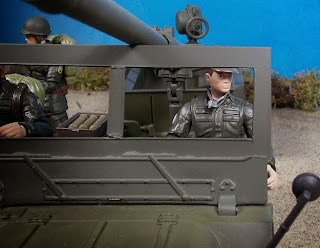 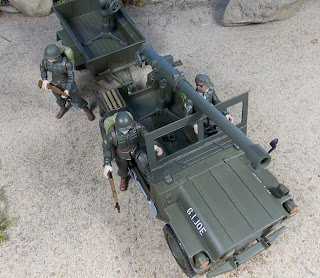 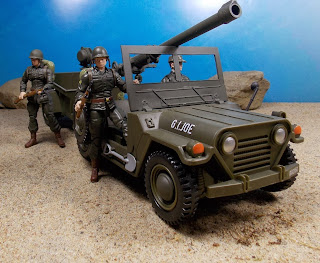 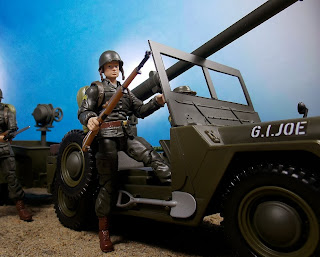 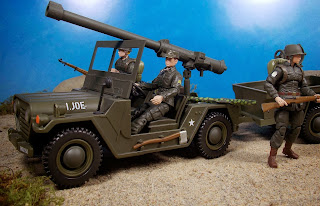 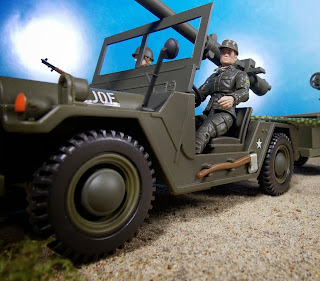 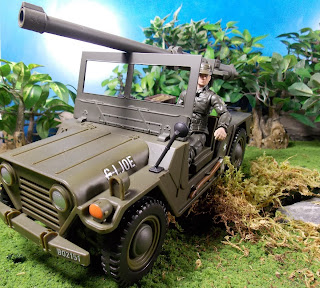 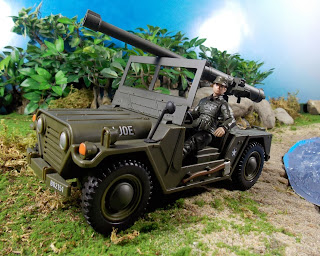 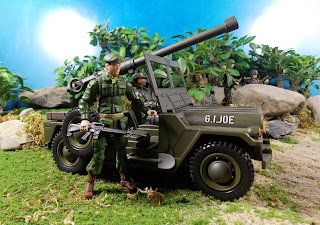 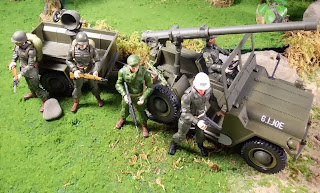 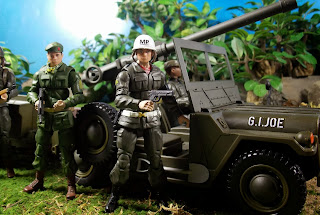 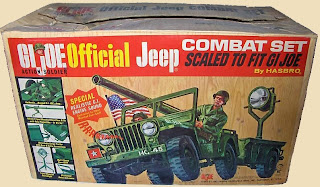