Originally an exclusive for JC Penney, the Desert Patrol Adventure was released in 1971. The set included a desert themed repaint of the original Action Soldier Five-Star Jeep and well as a tent, raft, shovel, pick axe, various tools and a crocodile.

This set was an excuse to paint a jeep in beige and a raft in orange. J Despite the fact that the usefulness of a raft in the desert can be discussed, the original was a fun little set that offered a variety of useful accessories. My custom will probably serve a similar purpose in that its components will be displayed separately to augment other sets in the project. 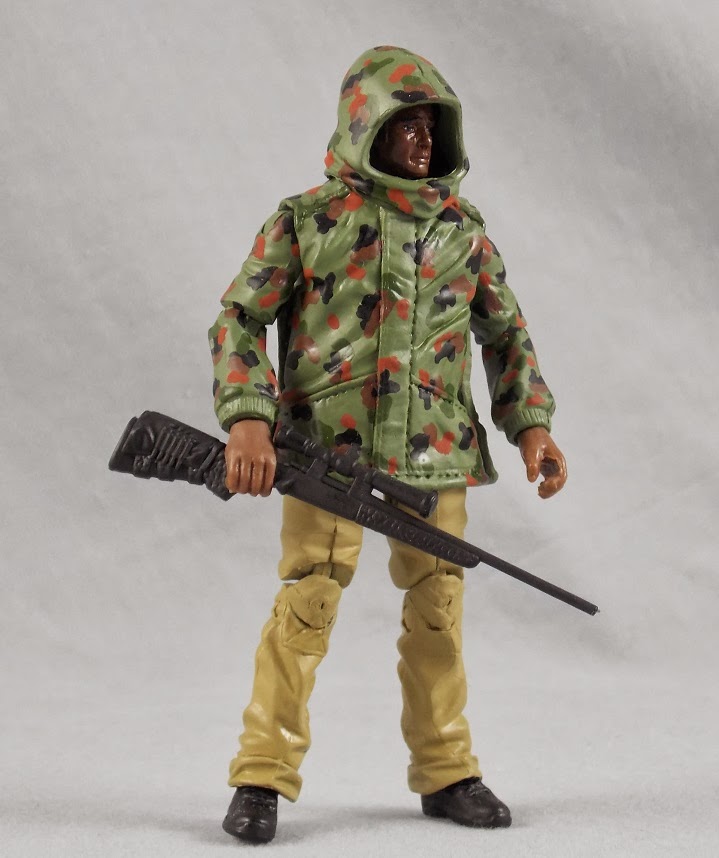 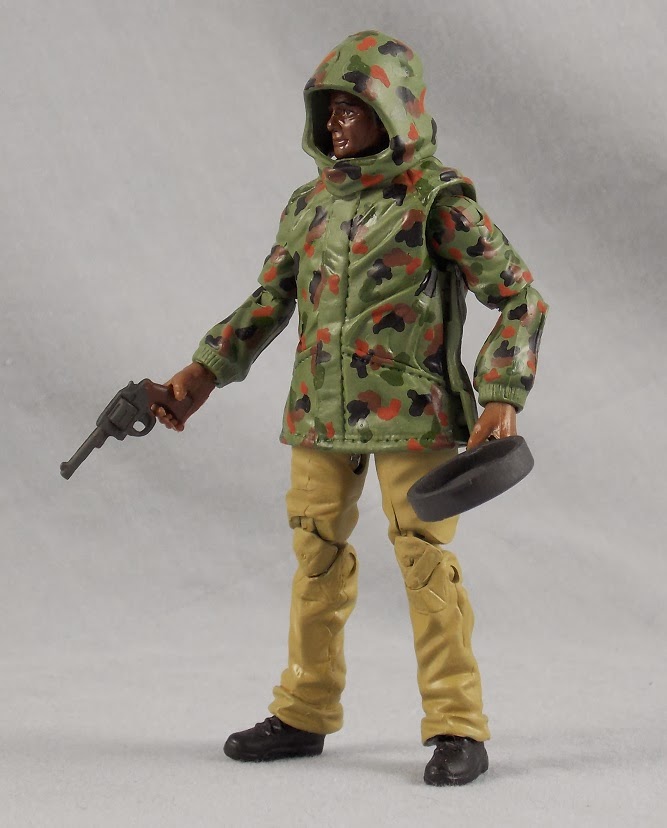 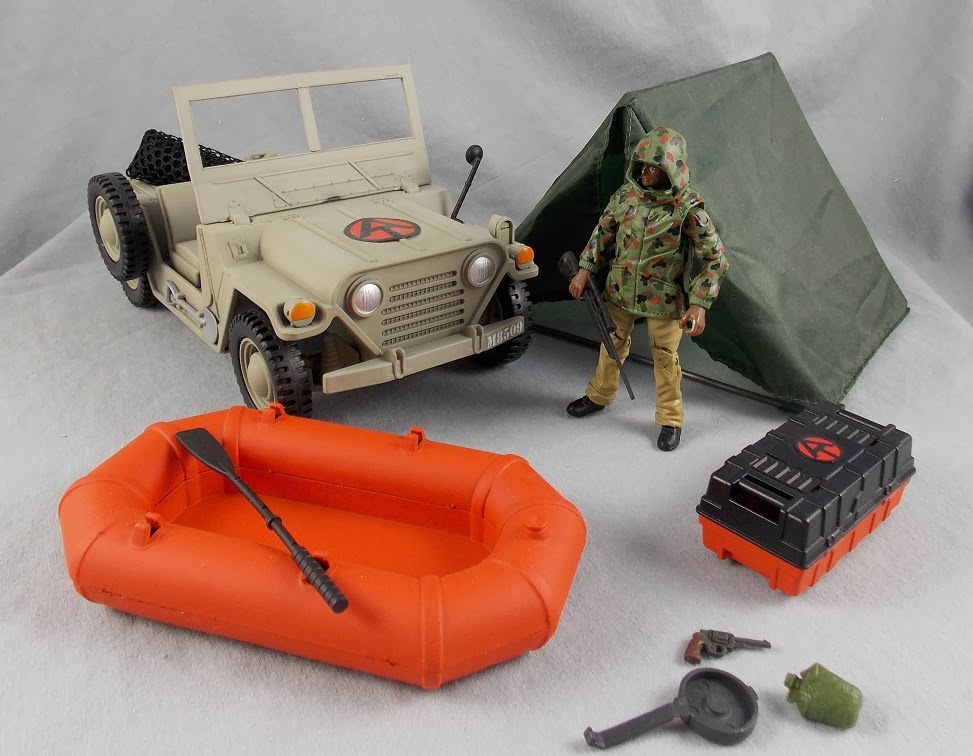 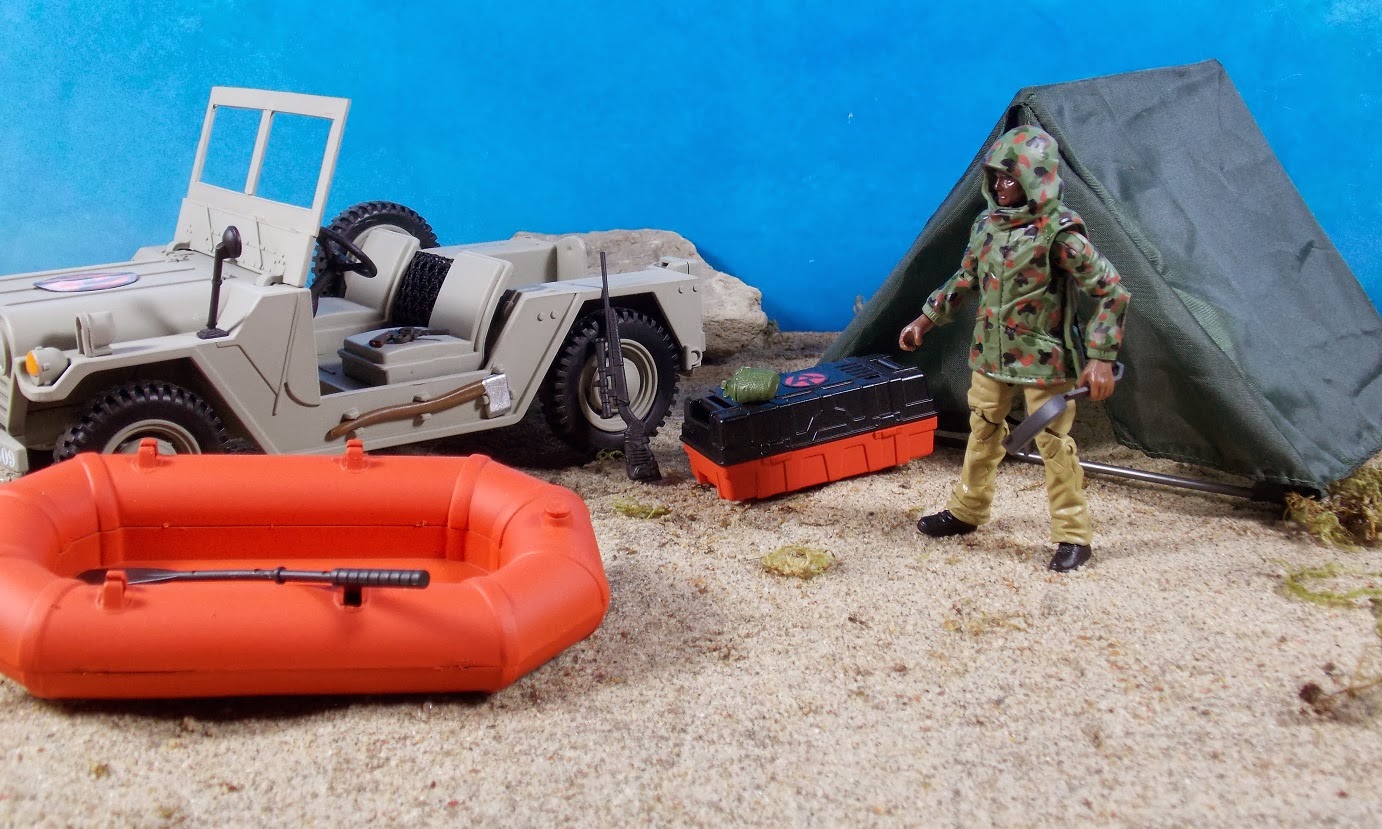 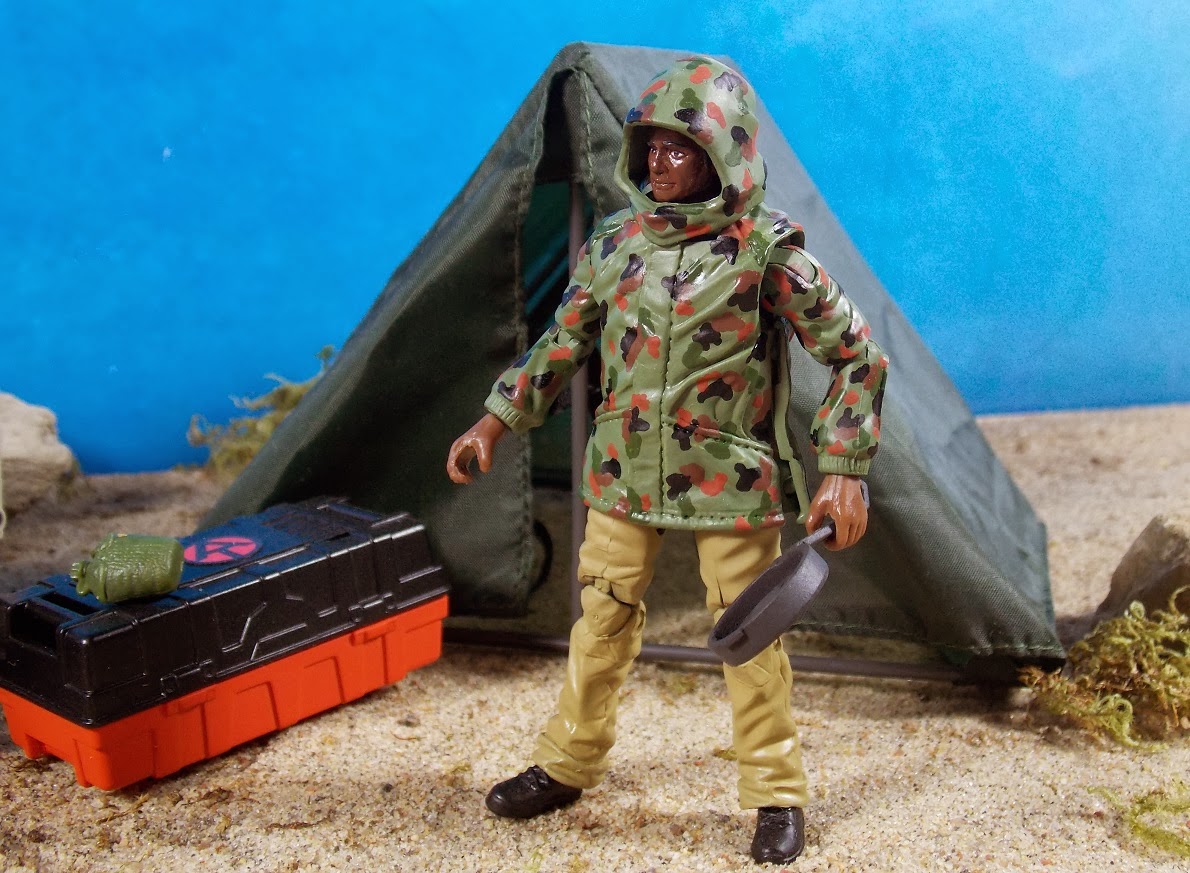 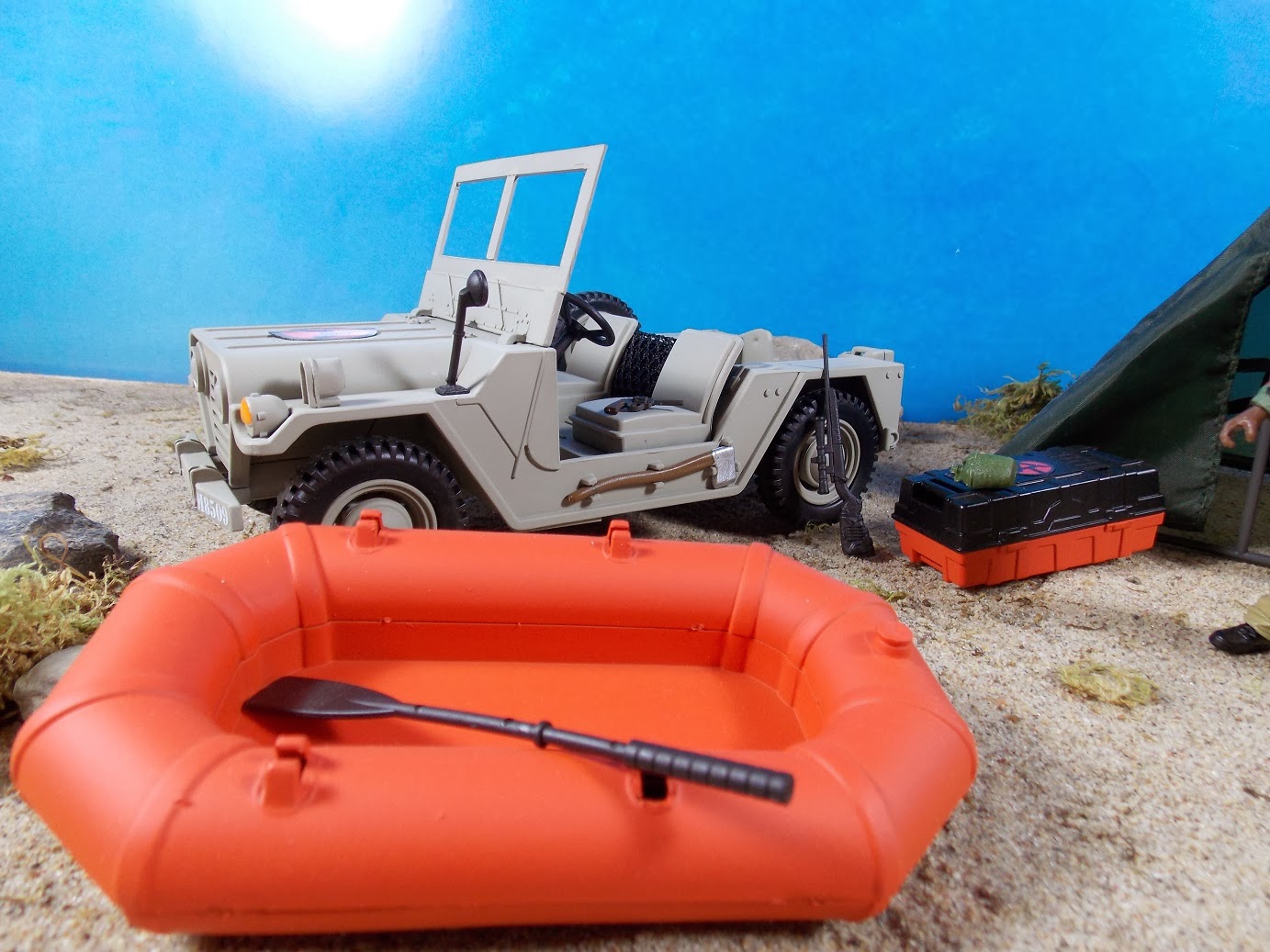 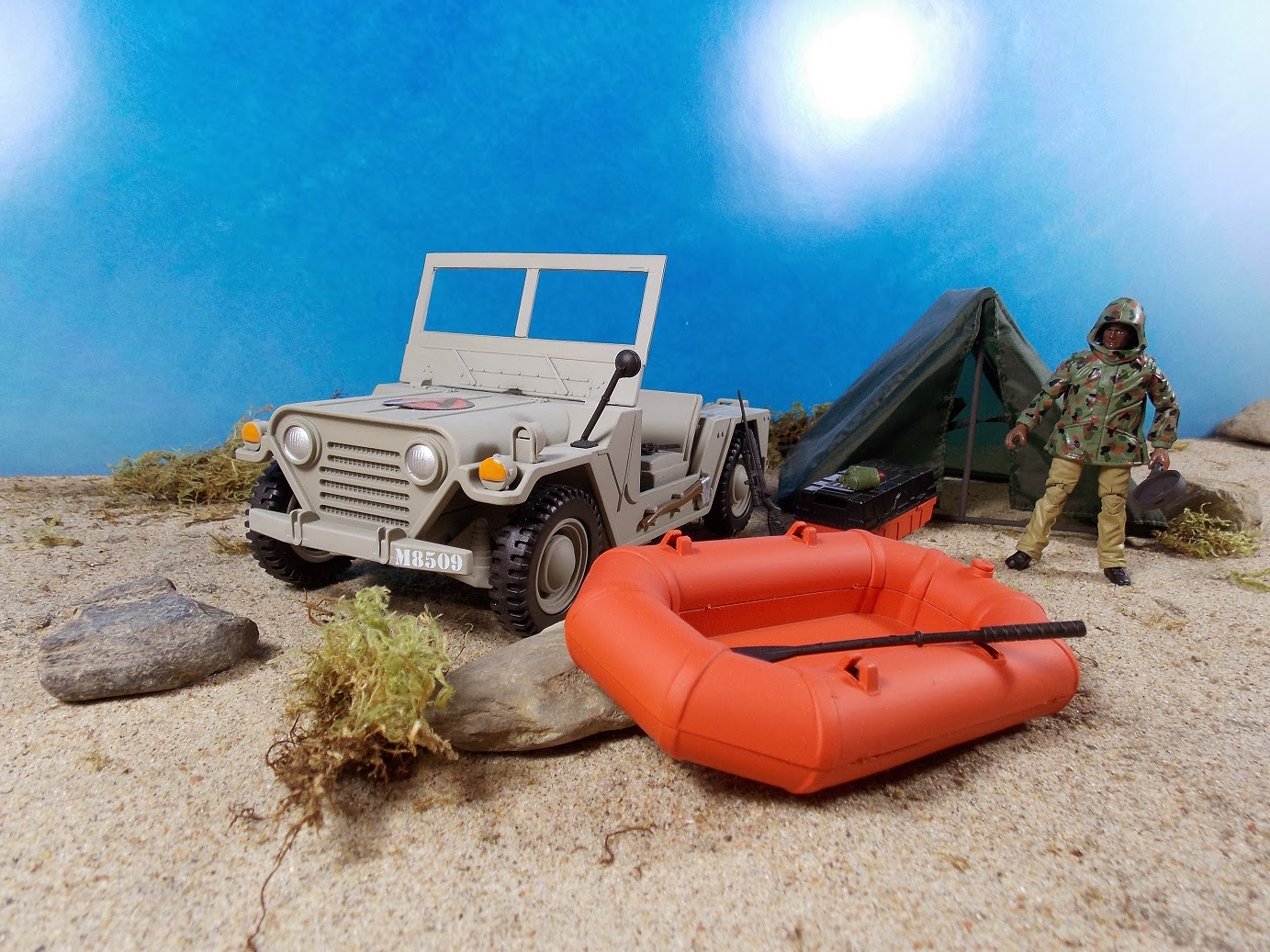 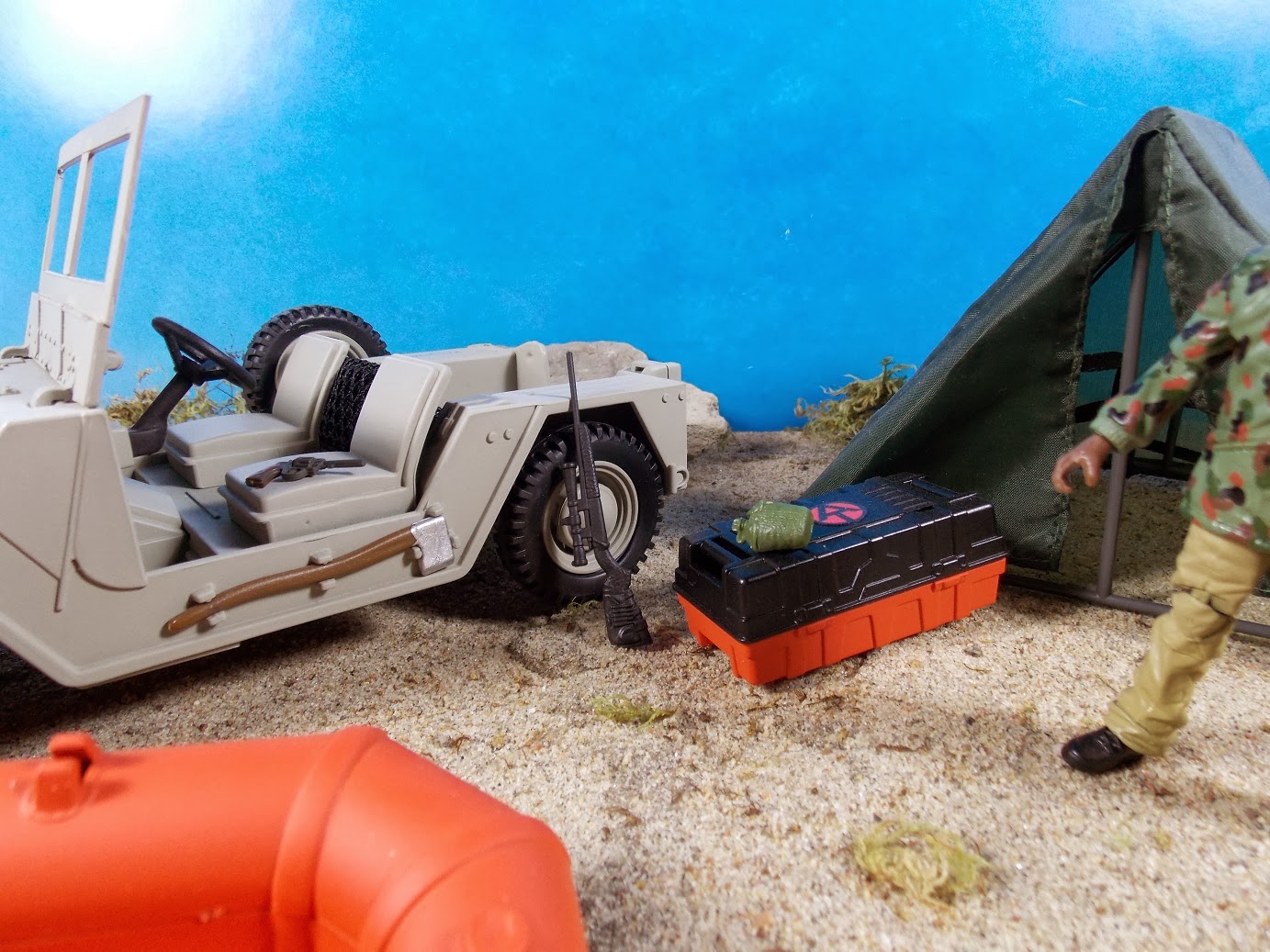 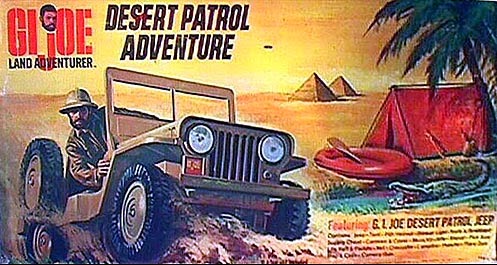