When GI Joe was released in the summer of 1964, the product line became an instant hit. Little boys were buying up all 4 basic action figures as well as various uniform, gear and accessory sets that Hasbro released. Hasbro followed up this first year by release yet more accessory sets in 1965. Some of these were to outfit Action Marine into a field medic. This custom represents Action Marine outfitted with the First Aid (7721) and Marine Medic (7719) sets.

The Tank Commander set was released in 1967 and was one of the last equipment sets made for Action Marine. It included a brown jacket, helmet with green goggles, a 30-caliber machine gun with tripod, a jerry can and a portable radio. 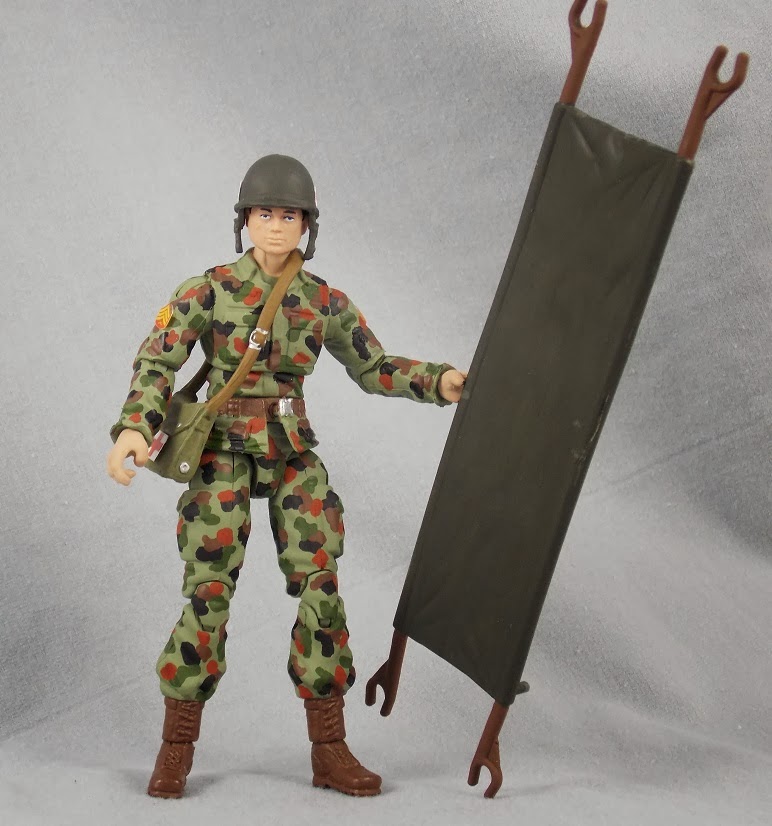 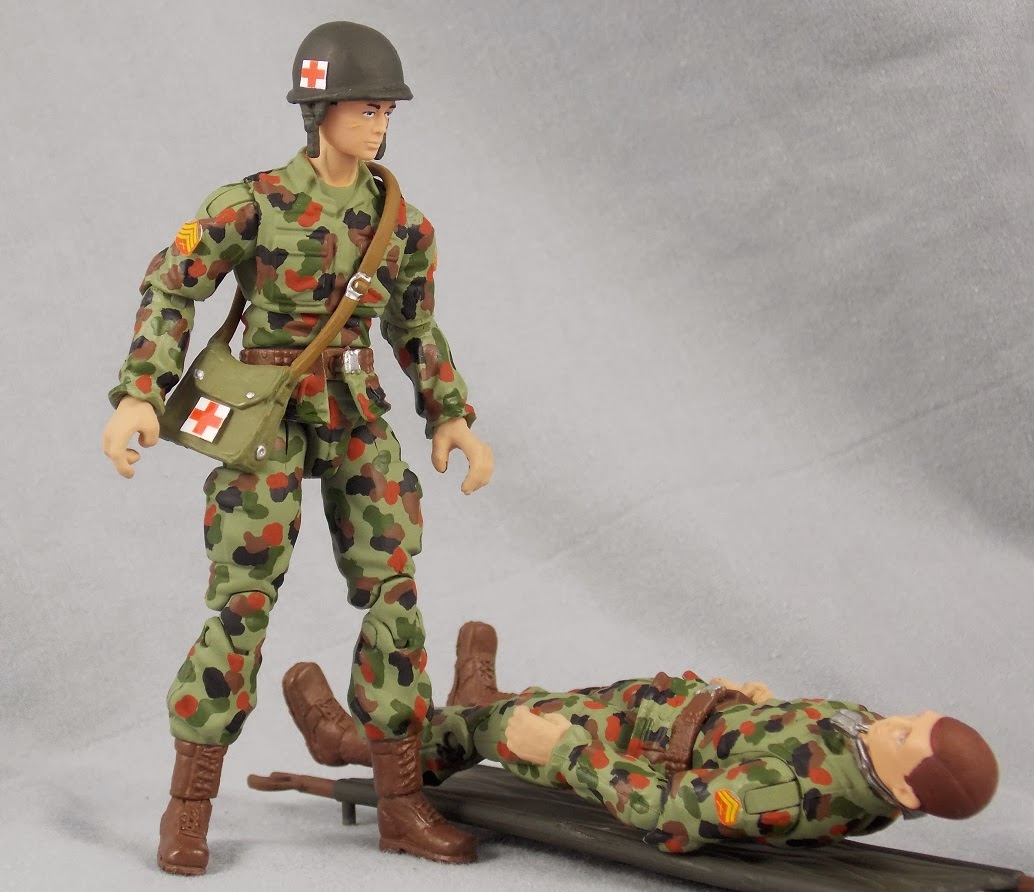 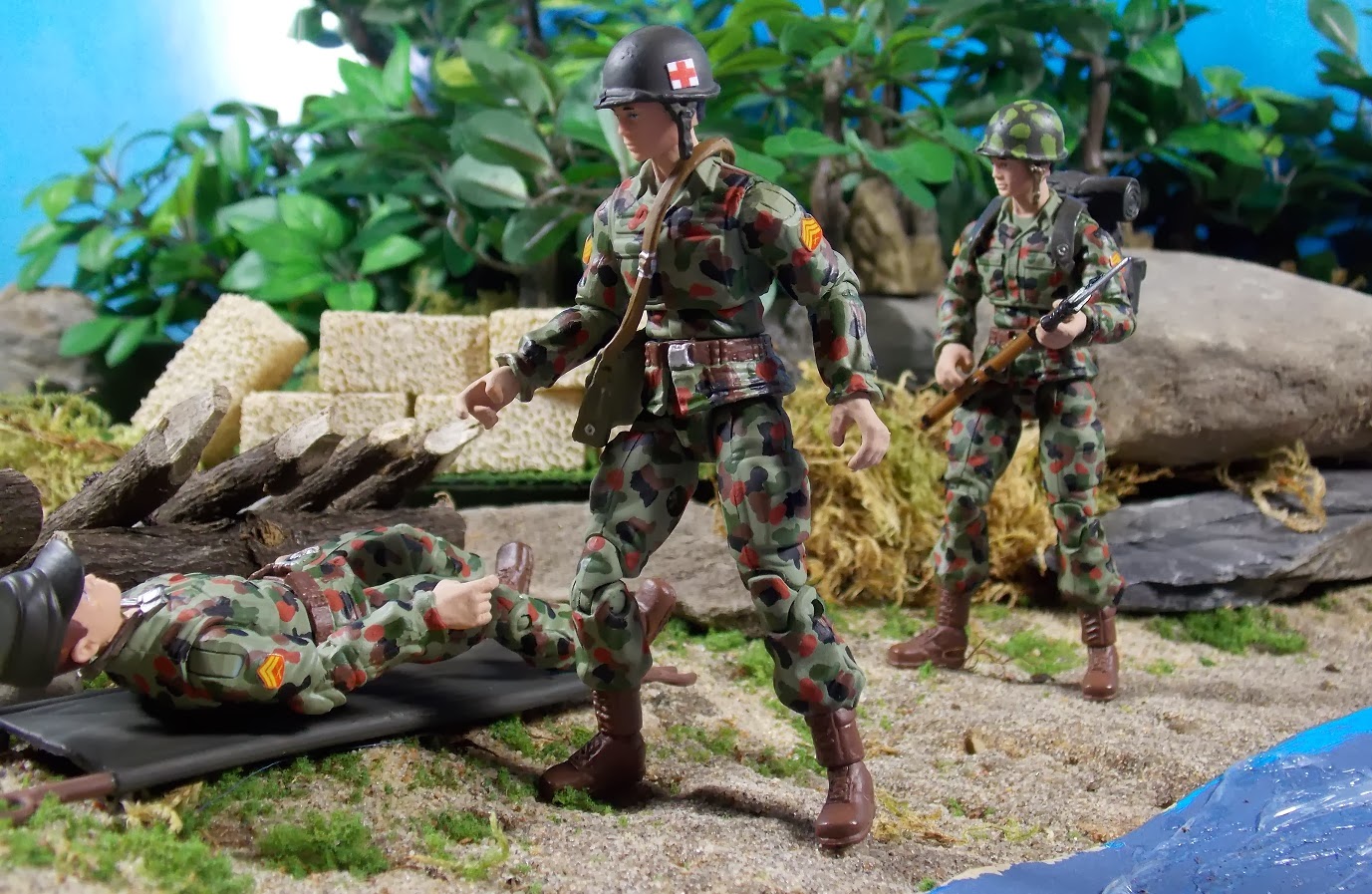 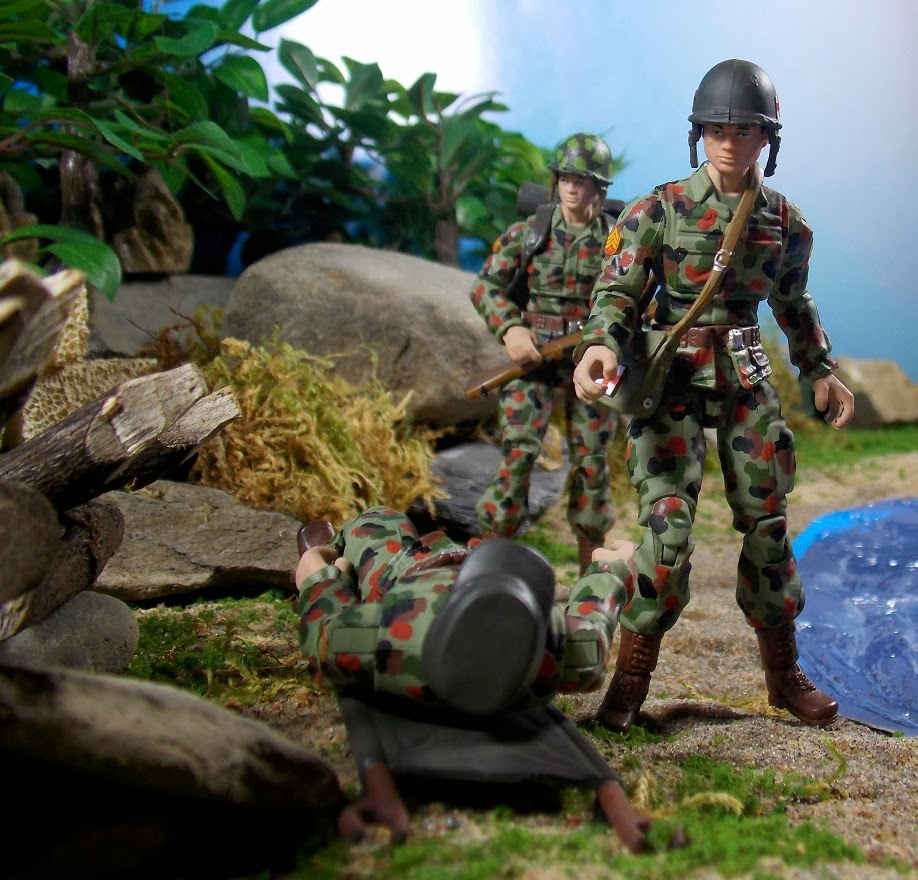 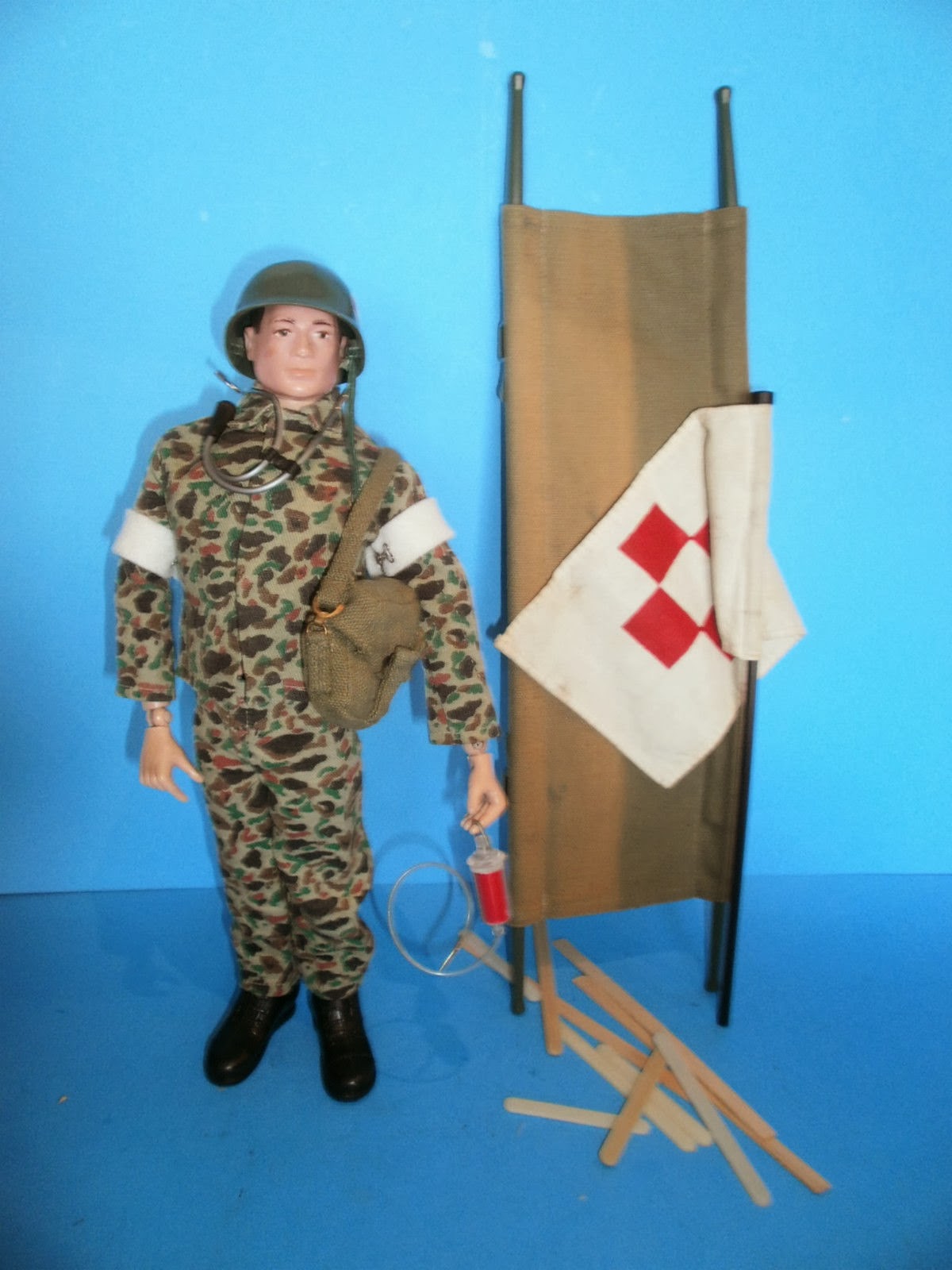 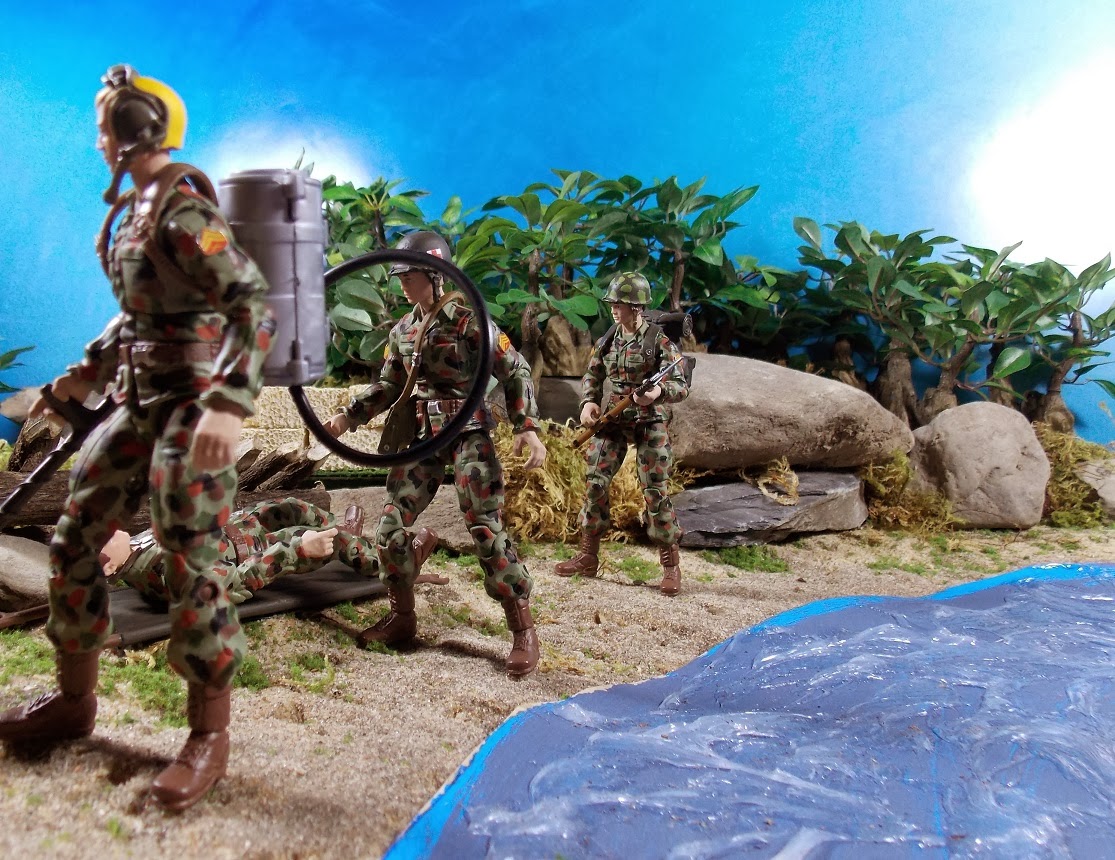 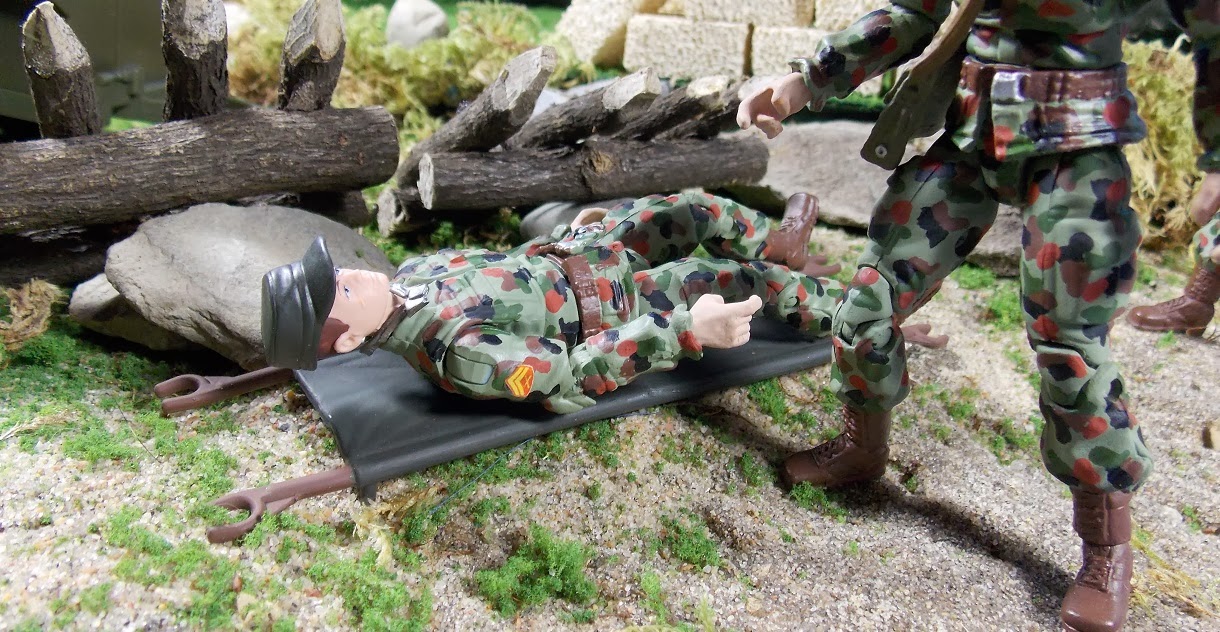 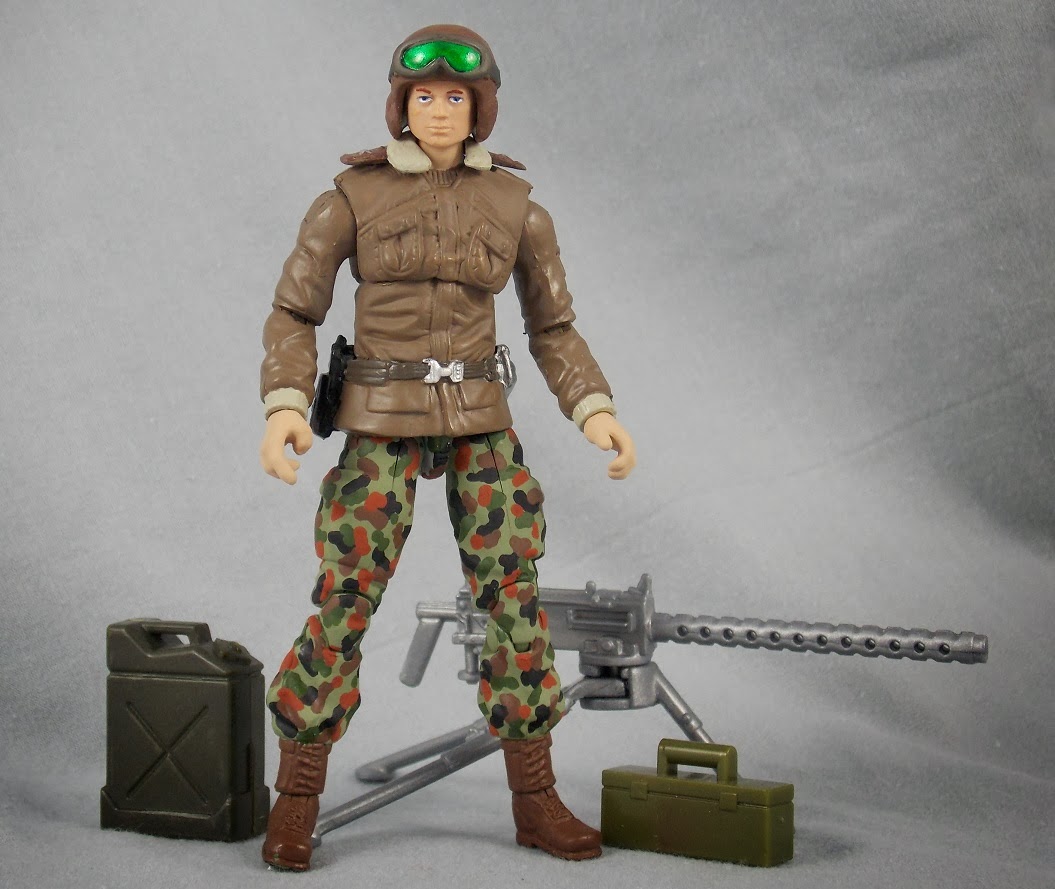 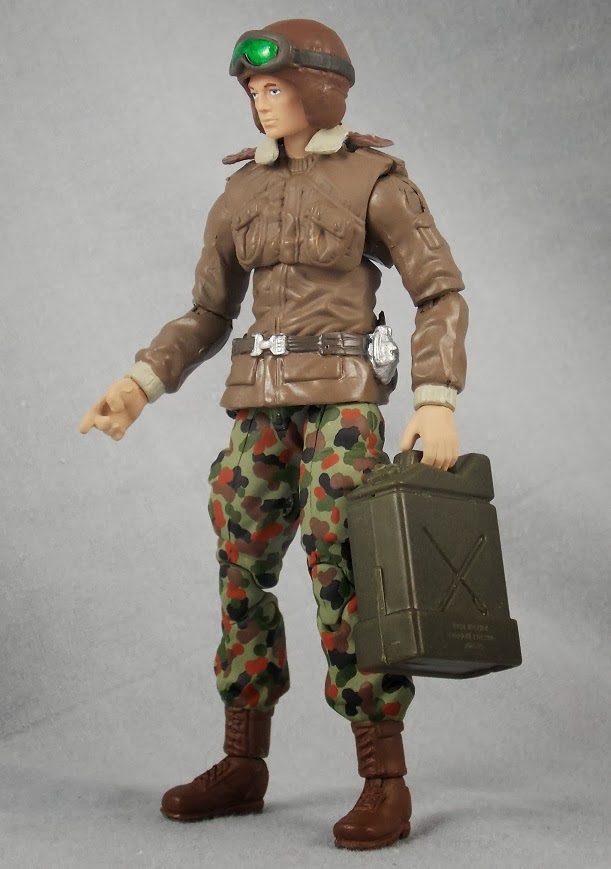 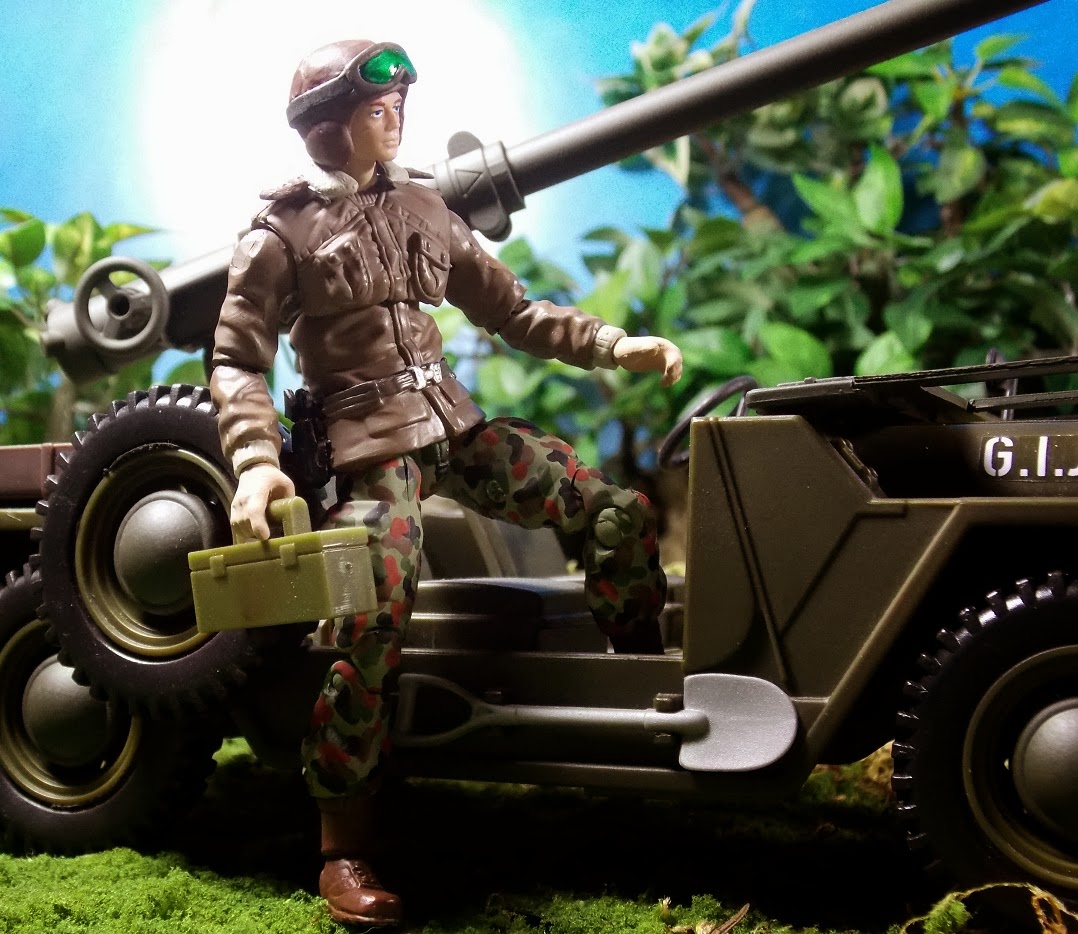 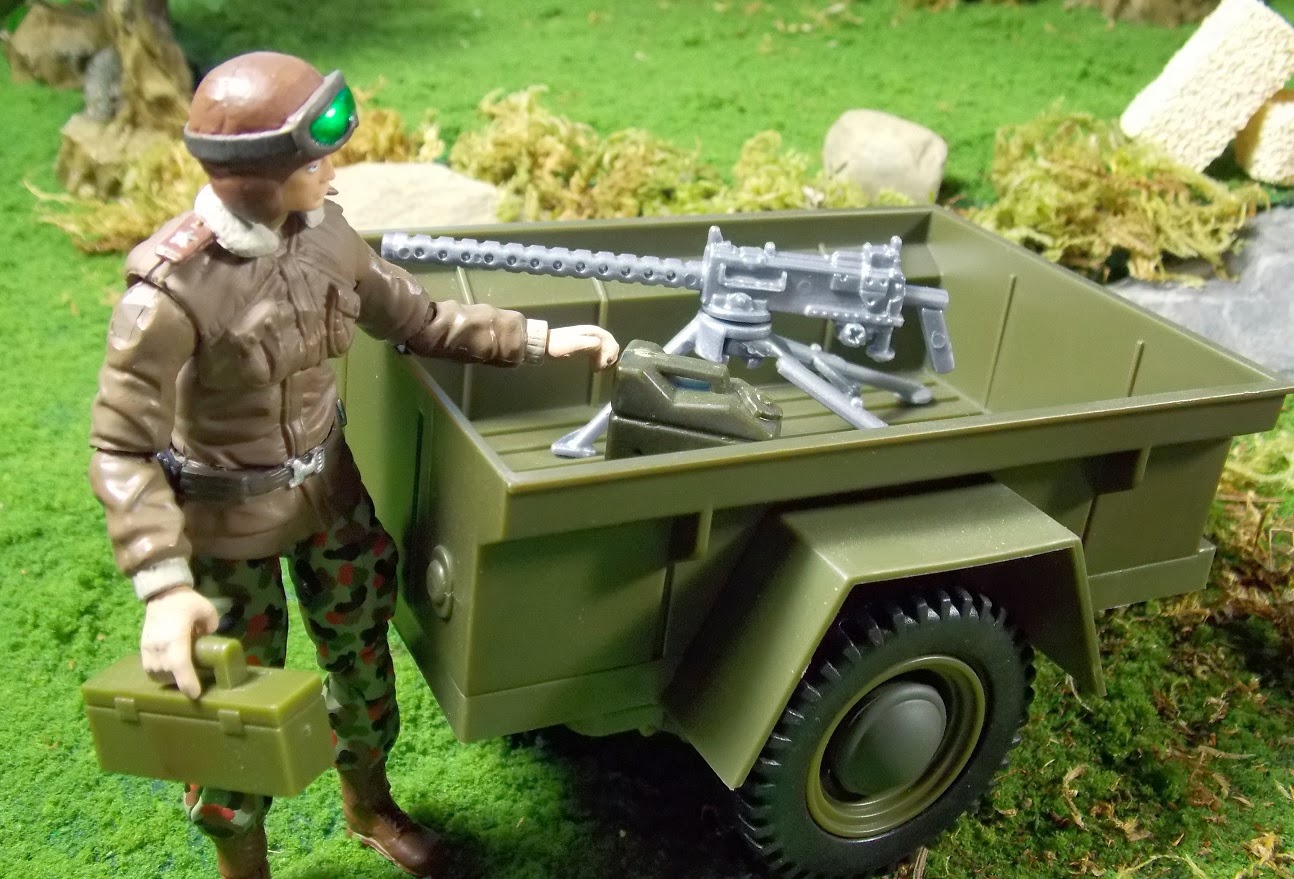 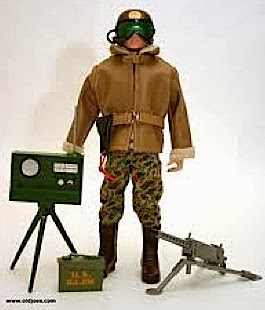