10 – Red Ninja
Ok, for those who think that GI Joe has too many ninjas, you can skip directly our next entry on the list :-). For those who enjoy some of the wackier elements that GI Joe offers, such as ninjas running wild, this one is for you.

I’ll admit that Red Ninja’s parts are pretty much only reusable to make other ninjas. However, since the figure is mostly made up of Renegades Storm Shadow parts, the quality of the sculpting is among the best we have ever seen for the Joe line. The detailed folds and the armored gauntlets and shins are great and the articulation is incredible. Red Ninja parts figure prominently among the Hasbro Concept Case figures that were shown off at the last convention.

Unfortunately, Red Ninja is lacking in the accessories department, but the quality of the figure more than makes up for it. 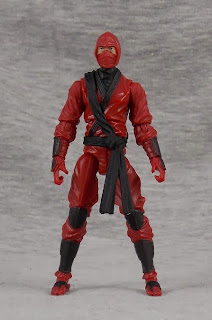 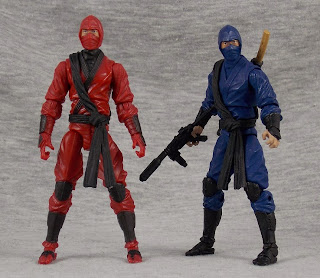 09 – Agent Mouse
Mouse is the most interesting new character to come out of Retaliation Regardless of how his character was handled in the movie, his figure is chock full of useful parts.

In my years of customizing with Modern Era Joes, one type of leg is always in short supply: legs without holsters. Mouse comes through with nicely detailed, generic full-length cargo pants with pockets.  The only downside is the kneepads. However, a bit of sandpaper and some paint will fix that in 2 minutes.

Mouse’s torso and upper arms are similarly well detailed, but generic enough that they can be used for several different types of customs. His head is youthful looking and could be used for Flash or Ace customs.
Lastly, the parts that I find the most useful (and one of the reasons that I bought so many 3-packs) are the lower arms and hands. Finally, Hasbro has given us a strong alternative to 25th Duke’s ‘’suicide wrists’’. Mouse’s lower arms are fantastically sculpted with rolled up sleeves and the hands are completely articulated with no gloves. 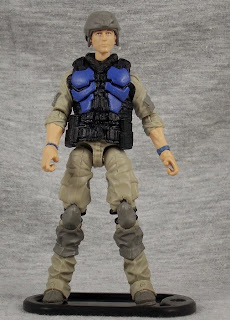 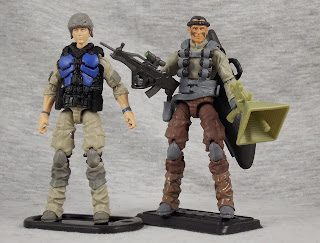 8 – Ultimate Roadblock
I was not going to include Ultimate Roadblock in this list. However, the sheer number of cool Leatherneck customs hitting the web, made me take a closer look. Ultimate Roadbloack takes the best of Wave 2 Roadblock (Which is a cool figure in itself) and improves almost every aspect. For customizing purposes, RB is a great source of parts to create larger frame figures like Salvo, Bazooka, Leatherneck and even Destro.  Also, with a little sculpting putty, RB’s head can be transformed into an excellent Gung-Ho.

As far as accessories, Ultimate Roadblock has a few that can be really useful for customs. The M-2 is newly sculpted and highly detailed. It can be used to upgrade any number of Joes weapons, like Rock & Roll and Repeater. The SAW is the best rendition of that weapon that Hasbro has ever offered and can be given to a SAW Viper, Mangler or a Roadblock v2 custom. 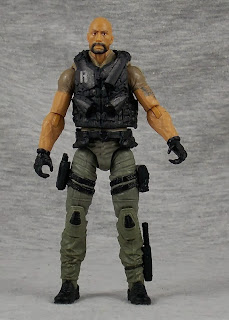 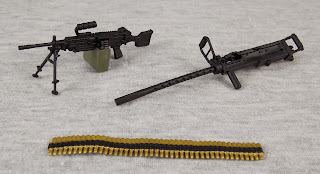 7 – Joe Colton
Joe Colton was one of my most anticipated figures from the Retaliation line. My main reason was that I wanted a Bruce Willis action figure in my collection. However, I knew that this was a figure that I wanted multiples of as it does have a few useful parts for customs.

First, the legs are re-used from PoC Duke. These are great ‘’all purpose’’ legs that can be used for a soldier, a civilian or a private military contractor type. Joe’s torso is similarly generic. It is sculpted to resemble a t-shirt with a harness or suspenders. The sculpt is very similar to PoC Recondo’s . However, it has the straight neck, so Joe doesn’t suffer from Recondo’s ‘’can’t-look-up-syndrome’’.  This is a big improvement to the mold.

However, like Mouse, Joe’s best feature is definitely his arms. Modern Era Joes have been lacking for well sculpted short-sleeved arms with bare hands. I have been looking forward to fixing or improving some older 25th anniversary figures like Tele-Vipers, Recondo and others with proper arms. Colton finally gives us the necessary parts.

Lastly, I don’t usually buy fodder figures for accessories, but Colton includes an excellent newly sculpted shotgun that can also be very useful. 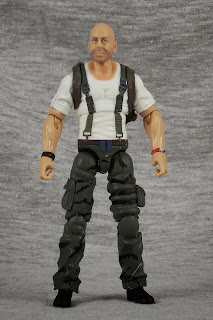 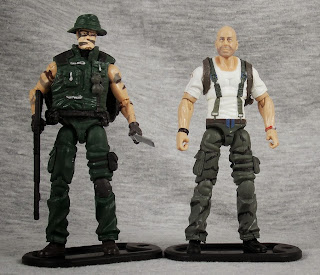 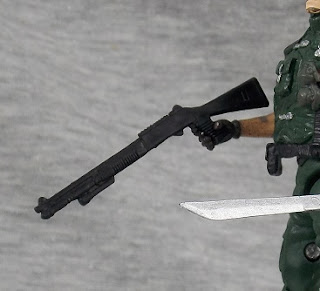 6 – Cobra Commander
Cobra Commander is a figure that was not initially well received by the fandom.  Unfortunately, some wave 1 figures had reduced articulation and the good Commander was one of them. However, if we look past the lack of ankle articulation, the figure can actually be quite useful for customs.

The torso is sculpted as a vest over a shirt. It has with pockets and tabs that add some nice detail. I recently used a Cobra Commander torso to make an updated Crimson Guard.

The legs have kneepads adorned with cobra logos. These are a nice detail and can easily be used for a wide range of Cobra characters. Personally, I have used these legs on my Valor vs Venom Vipers. Speaking of which, these Vipers are an example of a possible use of the head as well.

Also, with a few accessory swaps and a new head, we get a very easy Crimson Shadow Guard.
So, all in all, despite the lack of a couple of points of articulation, Cobra Commander offers up some new types of parts that can be useful. 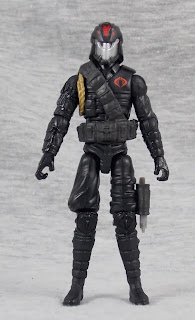 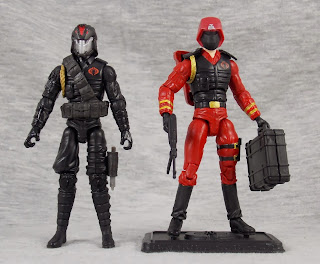 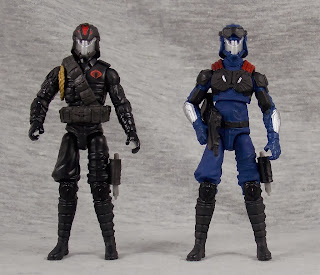 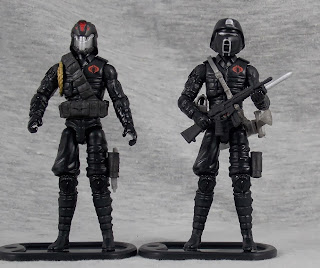 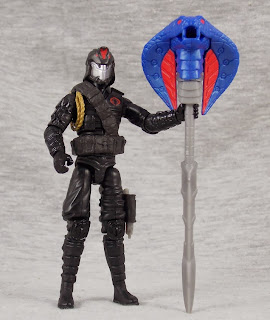