While taking a break from other custom projects and just playing around with my fodder, I came up with this. It took about 3 minutes. The green from the vest and helmet is a match for the painted details on 3.5 Duke. It is the simplest LBC, but I like the result. 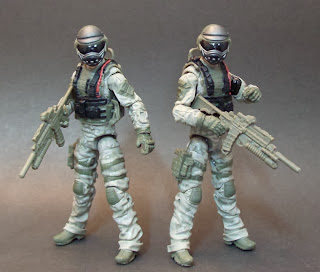 Posted by Oreobuilder at 11:56 No comments:

Every Cobra Viper, Trooper or Officer starts as a trainee. During their instruction, Cobra trainees learn basic combat tactics, endure physical tests, practice with several types of weapons and get indoctrinated into the Cobra philosophy. If they survive their training, they are given blue fatigues, a helmet and a weapon and are transferred to a Cobra base to gain battlefield experience.
----
This is a simple custom, but ever since I made ''Training Fatigues'' Grunt and Heavy Duty for Battle Corps Month, I have been thinking about doing other figures of this kind. This project gave me the opportunity. The color scheme and pattern is loosely based on the Retaliation Viper concept art. 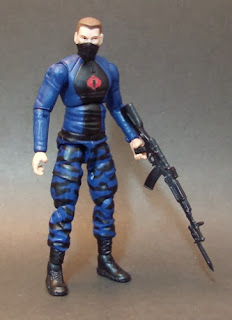 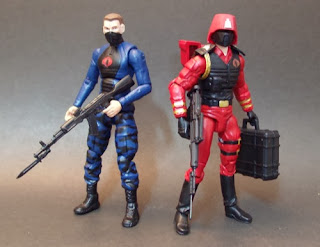 Posted by Oreobuilder at 07:14 No comments:

While writing and brainstorming ways to bring my Eagle Force customs into my Joe-verse, it struck me that Cobra would support the General Mamba regime. So, this project was a good opportunity to make Cobra agents that we don't see with the main force - Consultants, advisors, trainees, etc. It makes sense that Cobra would have training camps on several continents. In return for bases, Cobra could offer all kinds of consultants and trainers to the host nation.

All Crimson Guards, or Siegies, are experts in international law and finance. They help the Zambriot government finance its large military spending, knowing that most of that money gets back to Cobra. They also act as a liaison between Cobra Command and General Mamba. They insure that the African nation's activities correspond with Cobra's agenda. The ''Frank'' series of Crimson Guards, or Siegies, is assigned to the East Africa sector. Currently Frank XXII is on station, but ``The Franks`` rotate in and out of Zambriot on 3-month tours.


In that frame of mind, here is my take on a Cobra Crimson Guard Legal Advisor. 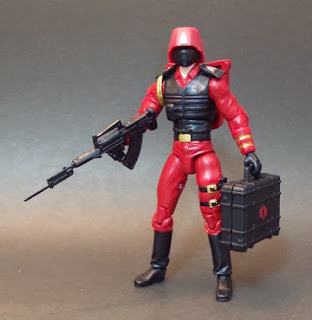 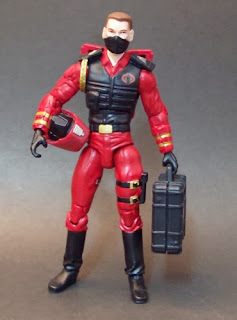 Posted by Oreobuilder at 06:42 No comments:

Mego's Eagle Force line only lasted about a year, but many adult collectors still remember it fondly. In many ways it resembled with GI Joe and a few of its characters may have inspired Joe characters (*cough* Spirit *cough*).

For anyone wanting to read up on the line, you can check out the Mego Museum: http://www.megomuseum.com/misc/eagleforce.shtml

As far as these customs, they were made to fit inside a Group Project at joecustoms.com. The project did not allow for good guys, I did not have the time or the inspiration to tackle Eagle Force itself. However, I would definitely like to revisit the theme sometime and possible finish the collection, so stay tuned. 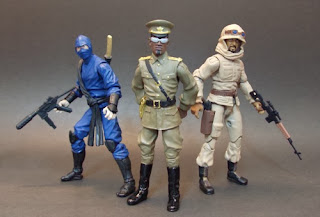 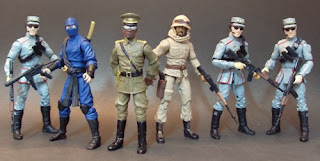 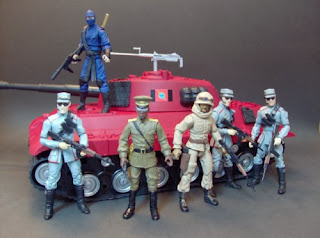 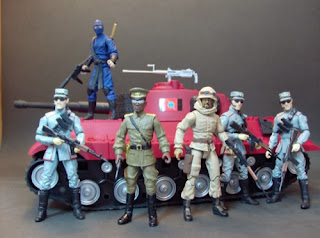 Produced by MARS Industries as a tank for ''dictators on a budget'' and sold to Zambriot via Cobra intermediaries, the Rampage tank is a small, fast and lightly-armoured fighting machine. It can traverse multiple types of terrains. It is useful to Shock Troops when they need to pacify different regions of Zambriot. From the flat sandy coast to the mountainous areas and the jungle covered north, the Rampage tank has seen action in every military campaign since General Mamba became Supreme Leader.

------
The tank was a relatively late addition to the project. I found the base tank at a discount store and immediately flashed on the Rampage. It makes a cool backdrop on the Eagle Force shelf. 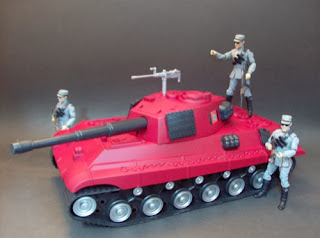 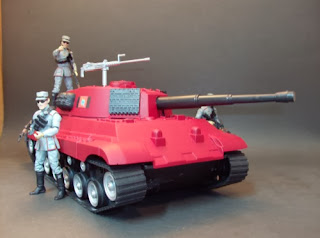 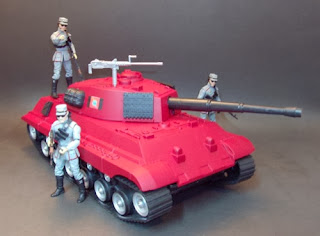 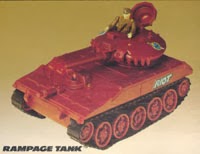 Posted by Oreobuilder at 12:53 No comments:

Shock Troopers are the most fanatical of fanatics. These zealots embrace every aspect of the Riot Party's extreme agenda and are completely loyal to their leader, General Mamba. Numbering in the tens of thousands, they must endure a rigorous and extremely cruel training program to qualify as the elite. They occupy multiple roles in the Zambriot military forces. They can serve as frontline units during combat, as storm troopers to disrupt enemy formations or as ''morale'' boosters behind the lines.
----
I was not sure I wanted to adapt the R.I.O.T. Shock Troopers to my Joe-verse at first. I liked their uniform design, but the idea of having them clad in silver did not appeal to me. I decided to adapt their color scheme to a desert palette while keeping the general look of the original Eagle Force figure. I think it turned out really well. 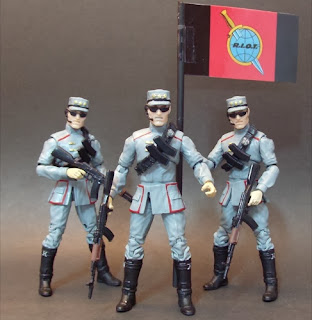 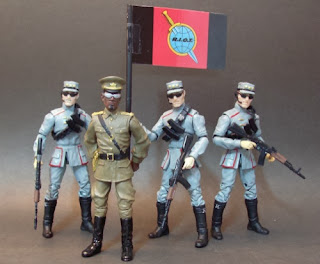 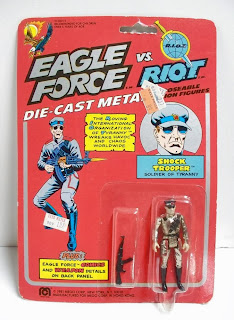 Posted by Oreobuilder at 13:18 No comments: