How is this for something different from what I have been posting lately?

I recently (finally) managed to pick up some Kre-O single packs. I will not be collecting all of the characters. My goal is to collect/build all the original 13 Joes as well as Cobra Commander and his blueshirts. In other words, I'm looking to reproduce the 1982 line with Kreons. So far, I have picked up Scarlett, Rock & Roll and Stalker. I'm missing Snake Eyes, Cobra Commander and Clutch, so if anyone has spares to trade, let me know. I have some other characters that I can send your way (Cutter, Wild Bill, Law & Order, Copperhead, a few others).

With a couple of spare Rock & Rolls and Battleship figures, I made Grunt, Hawk and Short Fuze. The last two are not perfect representations of their '82 selves, but they will stand in until I can find better parts for them.

Next, I managed to pick up a spare Adventure Team Commander, so with some spare Battleship figure parts, I threw together a Land Adventurer (until I can get an official one from series II). 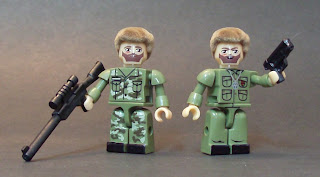 I was also lucky enough to score a small Cobra army. Crimson Guard has always been one of my favorite Cobra troops and I found 2 as well as 4 Blueshirts.

I built a few Cobra vehicles out of Lego a lifetime ago. I pulled them out to display my new Cobra army. The vehicles were created about 10 years ago and I have not updated them, so they are dated. Since then, several very talented builders have made other better versions of these vehicles, but I thought I would show them off anyway. 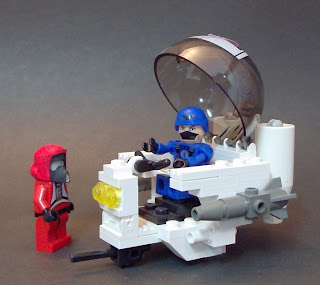 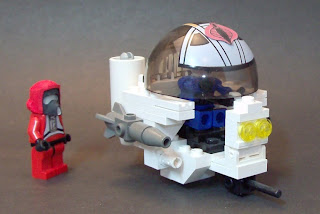 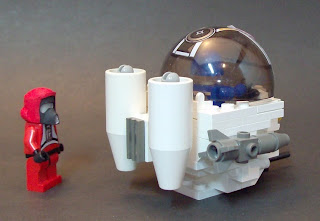 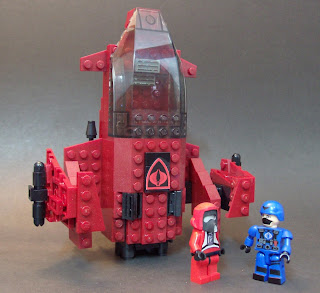 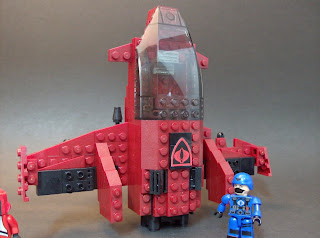 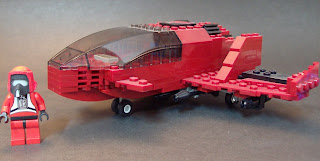 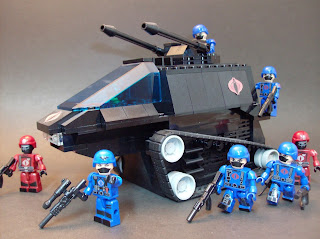 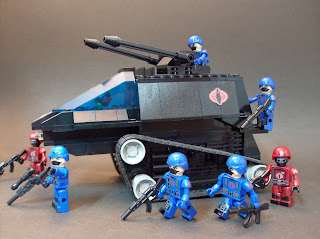 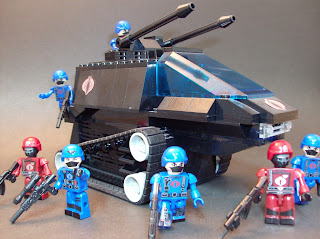