From 1992 to 1994,  Battle Corps and all the other GI Joe sub lines had been well permeated with wacky outfits and bright colors. In 1995, Hasbro pitched a ‘’return to basics’’ approach. Their proposed ‘’Battle Corps Rangers’’ line would have brought back popular characters in more subdued and realistic military outfits and gear. Unfortunately, the damage was done and GI Joe went on hiatus until 1997.

In 1994-95, American Greetings Corps released GI Joe wrapping paper. It had images of a bunch of unknown characters. The likely hypothesis for their origin is that some of these figures would have been released in the cancelled 1995 Battle Corps Rangers line. This line would have brought GI Joe back to its roots with realistic military figures and colors. One of the images depicted a new version of General Hawk holding an American Flag and saluting.

Another character found on the 1995 gift wrapping paper is Ace.  Most likely, Hasbro would have released this figure as part of the never-produced Battle Corps Rangers line. Perhaps he would have been included with a new vehicle? We may never know.
In the meantime, I used the image as inspiration for these customs. 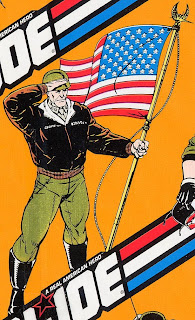 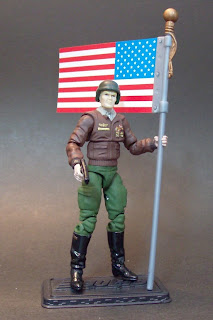 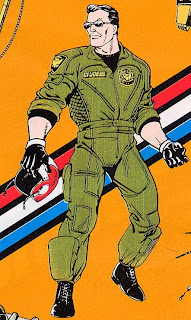 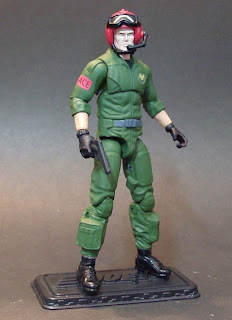 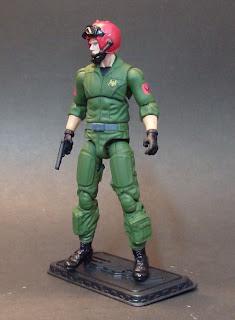