Night Creeper Leader is another one of those odd figures from this era. He had two different color schemes in two years. Yet, neither one matched the Night Creepers that we supposedly led. Also, he was a martial arts specialist inserted into the Battle Corps line rather than the Ninja Force line… Still as a concept and a new Cobra named character, Aleph is interesting.

For my version, I re-interpreted the look a bit while trying to pull some elements from the original. I stuck closer to the 1994 version’s colors, but I matched the purple to the one used on the Night Creepers camouflage. I thought it tied them together better. 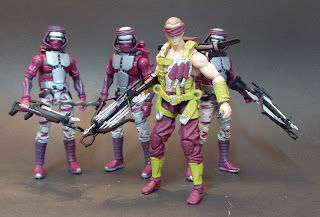 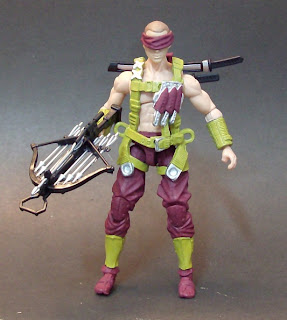 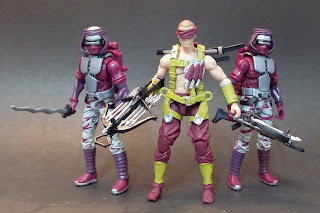