Iceberg was one of several cold weather/Arctic specialists released by Hasbro in 1993. Between two versions of Snow Storm, Frostbite, the three Arctic Commandos and a couple of International Heroes, GI Joe’s Arctic forces got a big boost that year. This second version of the character was clad in a yellow ski mask and included a jet-powered snowboard as an accessory.

A late addition to this project, here is my take on Iceberg. The plan was to include the snowboard (A Capt America snowboard painted white), but it had an unfortunate painting accident. I need to sand it and repaint it. Until then, Iceberg will be without his board. 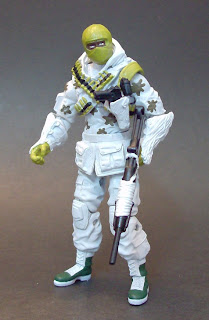 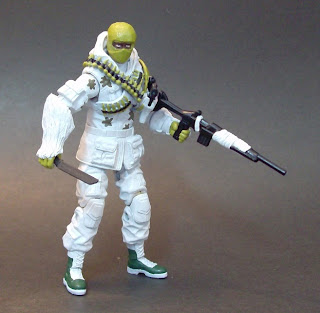 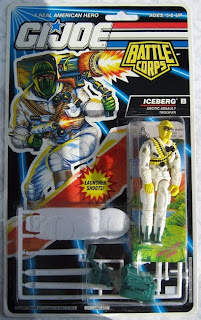