Recently, I have been looking at some of my past customs with an eye on refreshing them a bit. Way back when the GI Joe 25th Anniversary figures were being released (2007-2008), I made a custom of Dusty version 2 (The one with the beret and the coyote). The custom was ok for it's time, but, with all the excellent parts released in the last couple of years, Dusty was looking dated. I pulled him from the shelf thinking I could swap out his legs or give him some other minor change to update him. I ended up rebuilding and repainting it from scratch.

Mangler probably isn't a Joe that is very well know to a casual fan. The character appeared in only one issue from the original Marvel comic book run: Special Missions 13. He was a young GI Joe recruit who accompanied Dusty and Lightfoot during a desert mission. A couple of months ago, I picked up this issue at a comic book store and knew that Mangler would make a fun custom, so I gave it a try.

For both of these, I did not stick exactly to their original looks. I re-invented them a bit. Here are the results of these efforts - Dusty version 2 and Mangler. Just for fun, I snapped a picture of all my recent customs together. 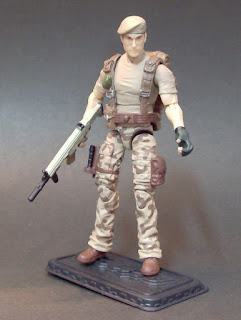 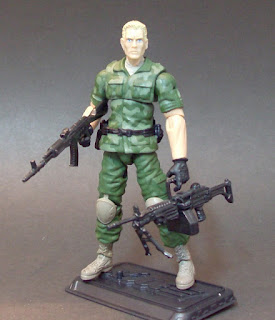 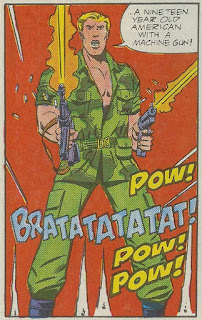 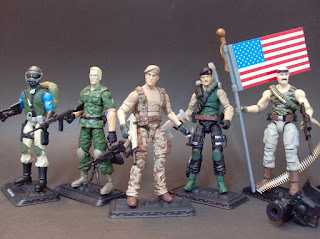