Happy 2013 everyone! I hope you all had great holidays filled with family and food and good times. I know I did. I'm also using these days off from work to organise and sort my workshop and customs, to look back at my collection and prepare for upcoming custom projects.

I thought I would start 2013 off with something different. I usually work on GI Joe customs pretty exclusively. However, I have tried my hand at customizing Transformers, at least enough to know that I don't like to customize Transformers. Too many parts, trying to avoid paint rub during transformation and removal of a bunch of pins and screws all make for complex customs. My hat is off to anyone who does it and there are several people who do it very well.

Anyway, a year and a half ago, Hasbro release the Kre-O line of block-based buildable Transformers. These include mini-figures called Kreons. I don't collect Kreo sets, but I have managed to buy several Kreons seperately. Big H has already released quite a few characters. I would love to be able to collect all 1984 and 1985 Autobot cars and Minibots in this format. Since my wish is unlikely to be granted, I figured that I would add some characters to my collection by customizing them. This is the first batch.

Oh, and don't worry, I'll be back to customizing Joes and posting new stuff really soon. 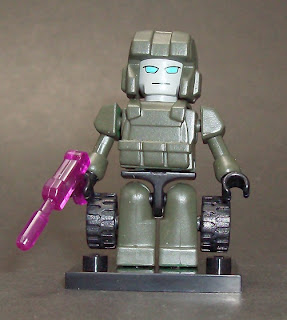 Here is Inferno. Hasbro will actually be releasing an official Inferno in the next wave of blind bags coming soon. In case I can't find the official version (or I don't like it), I made my own. 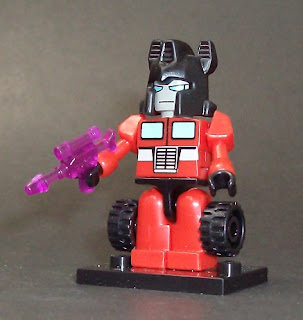 Skids. It is unlikely that we'll ever see this Kreon made. 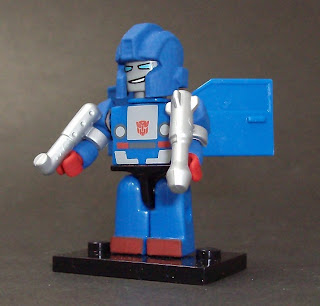 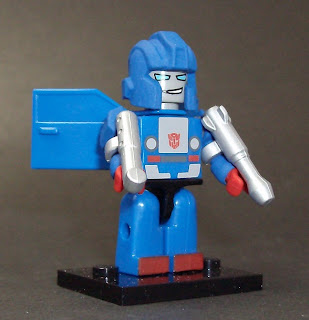 A generic Decepticon Seeker from the ''More Than Meets The Eye'' mini-series. 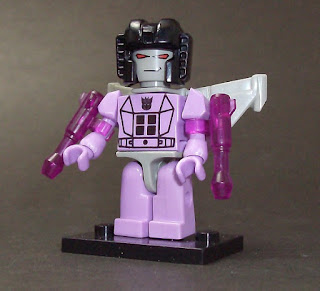 And finally, Nemesis Prime, an evil clone of Optimus Prime, just because. 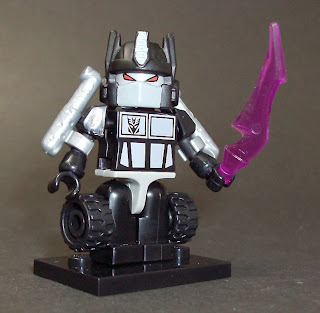 Posted by Oreobuilder at 23:18 No comments: