﻿
I've been busy with other stuff lately so I haven't had a chance to publish anything for a little while. Hopefully this post will up for that. The latest Group Project has been posted over at Joecustoms.com. This one was a little different than usual. Rather than have a common theme for all participants, for the 50th Group Project, we were allowed to go back into the the GP archives and pick any project that had been previously done. I decide to create a convention set. This theme came up a couple of years ago, but I was not able to participate at the time.
I call the set: Operation Cajun Badger - Battle in the Bayou

I really wanted this set to “feel” like an authentic Club set. I pretty much stayed within these self-imposed guidelines. I only broke these rules a couple of times. My justification was that the Club has been tooling up new parts (on a limited basis) in the last few years.

A rocket was launched two hours ago from Cobra Island, in the Gulf of Mexico. The rocket’s payload was an experimental satellite armed with a particle-beam canon. Once in orbit, this canon would be powerful enough to destroy areas up to 10 miles across with one blast. Thanks to quick thinking from Mainframe and Sparks, we were able to launch a missile volley from the Flagg to take down the rocket. However, it wasn’t destroyed. The rocket crashed somewhere in the Louisiana swamps.

Cobra has already dispatched a team to retrieve it. We believe that they sent two of their best agents. Colonel Bludd is leading the team and Copperhead was sent because of his swamp fighting expertise. They are leading a squad of Jungle Vipers and will be meeting up with Range Vipers already in the area.

Because of the importance of this mission, we’ve assembled all of GI Joe’s best swamp, jungle and amphibious fighters. Flint will be in charge. Your Tomahawk is waiting on the tarmac to take you to the Jane II. Deep Six and Topside will meet you there. Good hunting! Yo Joe!

Join the GI Joe team on its most important mission yet. Relive the excitement of the 2013 GI Joe Convention in Minneapolis with these exclusive figure sets and souvenirs. 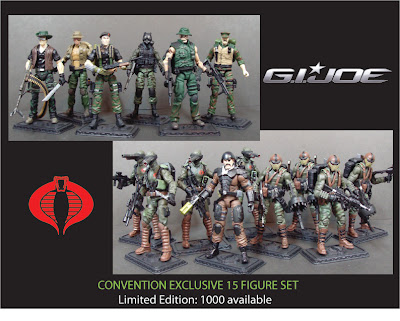 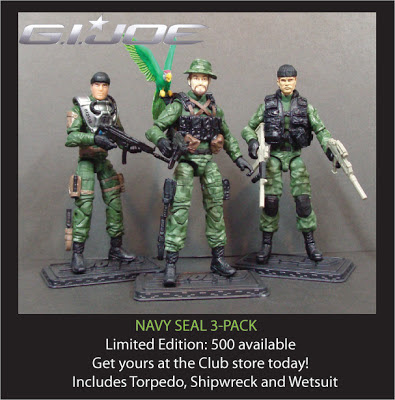 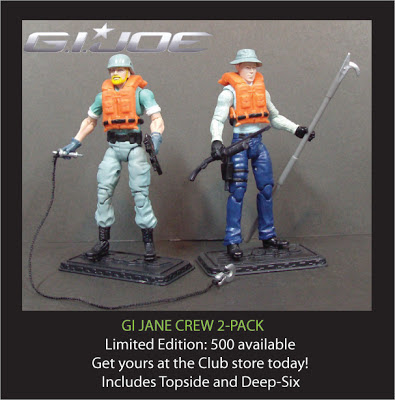 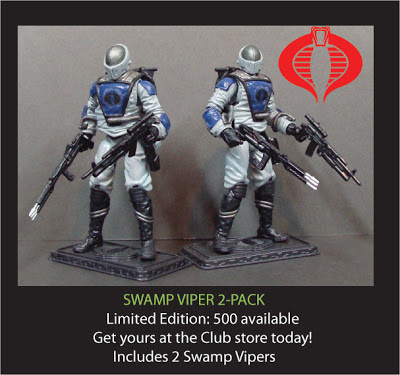 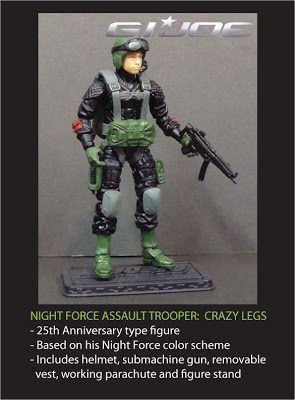 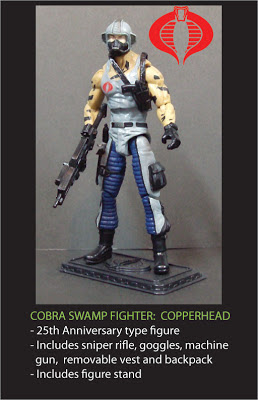 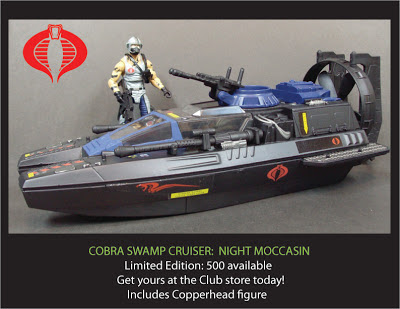 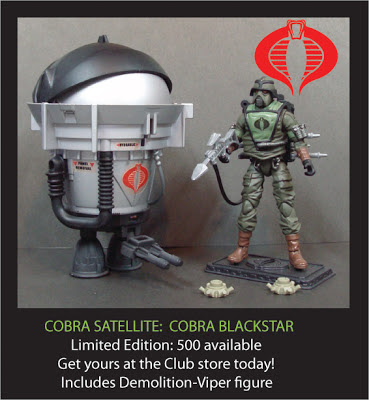 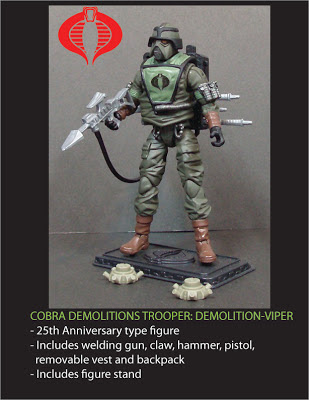 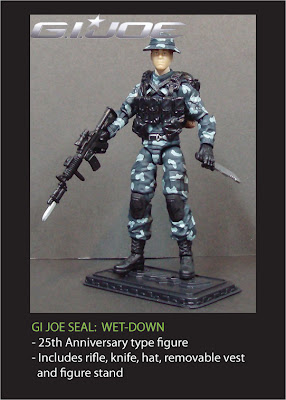 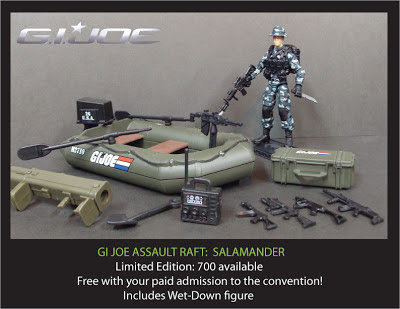 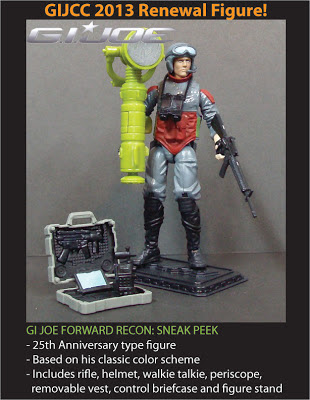 This was a really fun project (the Joecustoms GPs usually are). Thake a look at all the entries here: http://www.joecustoms.com/projects/projects.php?p=50th
Enjoy!
OB
P.S. The prices are shown simply so simulate the GIJCC's format. These aren't for sale.

A few this each year, over at Joecustoms.com, board members vote on Group Projects. These projects allow customizers to work on a common theme in different ways and to really push ourselves to try new techniques and grow and learn as customizers.

These are 3 customs I made for the "Repaint Central" Group Project. The goal was to take production figures and repaint them. No parts swaps or modifications were allowed, just slap some paint on a figure that Hasbeo made and that's it.

I wanted to have a unifying theme to my customs and I've always been intrigued by various concept sketches and early color tests that Hasbro did before settling on final colors for their figures, so I decided to paint modern figures in their early concept colors.

Also, check out the other entries for the Repaint Central GP: http://www.joecustoms.com/projects/projects.php?p=repaint 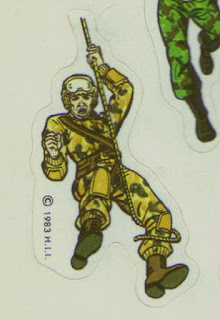 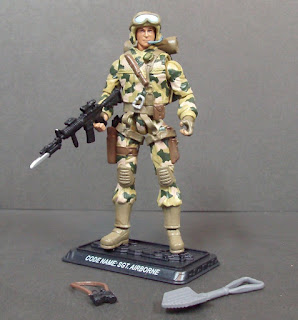 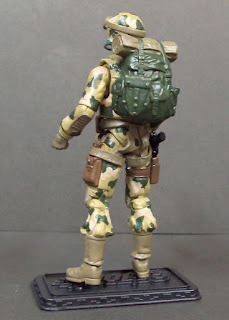 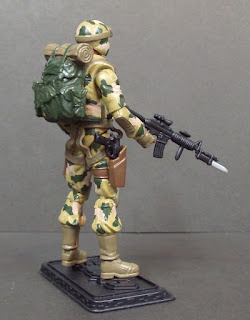 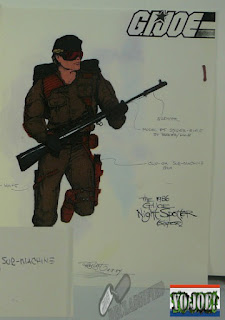 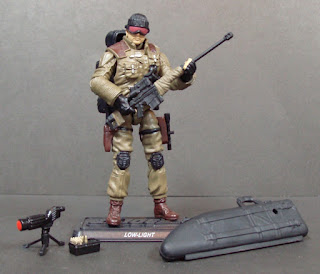 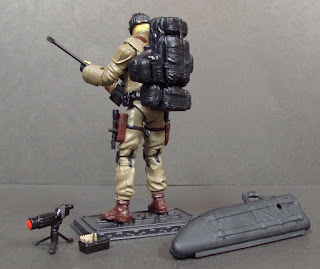 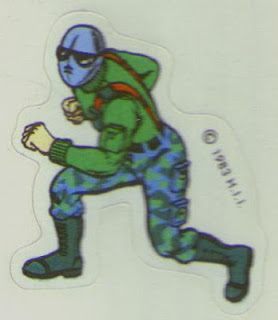 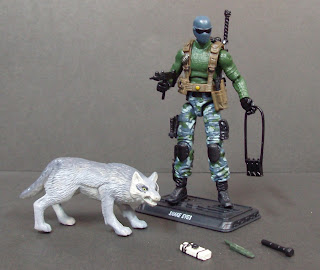 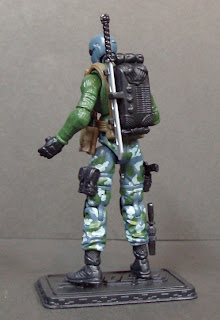 Posted by Oreobuilder at 08:04 No comments:

I loved the 25th anniversary Joes when they came out. They were a big step up in the evolution of action figure construction and a great way to reboot the GI Joe brand. Unfortunately, Hasbro left our collections with a few holes by not releasing all of the classic 80's characters. They have made a few additions in the last year with Airtight, Lifeline and Sci-Fi and the GI Joe Collectors Club has also stepped in to fill some of the void. However, Hasbro is going slowly and the club is very expensive. Fortunately, I love to customize and I'm slowly making my own classic characters to complete my collection. 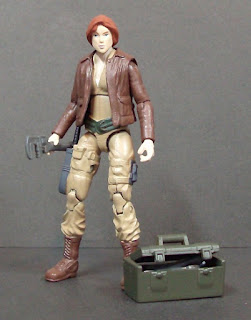 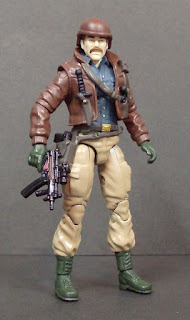 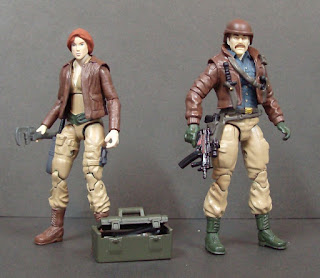 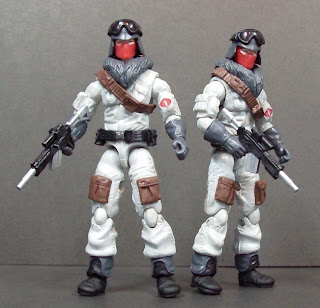 OB
Posted by Oreobuilder at 07:51 No comments: